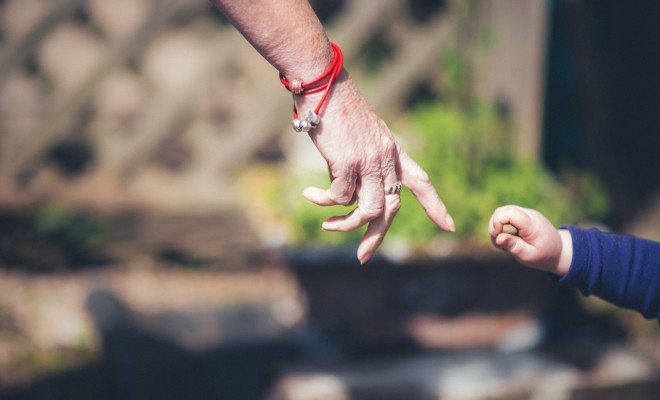 What Explains Life Expectancy in the United States?

Studying life expectancy allows us to understand what factors help people live longer and how changes in conditions affect people’s lives. Recent research shows how life expectancy varies among different groups of Americans, sparking some important questions about future policy decisions. While life expectancy has increased overall over the past several decades, those gains tend to vary widely among certain groups. This research has implications on a range of issues from public health and inequality to Social Security.

Read on to find out more about the current U.S. life expectancy, how it has changed over time, and how American lifespans compare to those of people in other countries, particularly other advanced nations.

How long do People Live?

The most common way to measure how long people live on average is through life expectancy, which is the amount of time in years a newborn baby is likely to live based on current conditions and health trends. The average life expectancy at birth for Americans as of 2014 was 79.68 years, meaning a child born in 2014 in the United States could be expected to live to that age. While this provides a baseline, the numbers can be further divided among a variety of demographics, which tell a more in-depth story.

Life expectancies tend to vary among different groups, particularly when categorized by race, sex, and income levels. In the case of race, there is a wide disparity between black and white Americans. A Centers for Disease Control and Prevention report in 2009 found that the average life expectancy for black Americans was 75 years old, which was the same as it was for white Americans back in 1979. According to the CDC, the reasons for this disparity are higher rates of cancer, diabetes, homicide, heart disease, and perinatal conditions. Racial disparities are considerably larger when you further divide by education. Some of the largest gaps in life expectancy exist between white Americans with more than 16 years of education and black Americans with fewer than 12. One dynamic keeping this gap from becoming even larger is the much higher rate of suicide for whites.

Sex also plays a role in how long the average person can expect to live. In 2012, the average life expectancy for a male in the United States was 76.4 years and 81.2 years for women. This gap is not uncommon, however, as women tend to live longer than men for a number of reasons. One such reason is that women generally engage in less risky behavior and suffer fewer car accidents. These numbers hold even though more baby boys are actually born than baby girls, although that is mostly the result of female embryos having slightly higher rates of miscarriage than male embryos.

A third major factor that relates to life expectancy is income. In a recent study based on data from 2001 to 2014, researchers found that the average life expectancy for the richest men in the United States is approximately 87 years, which is about 15 years longer than the poorest. To put that in a clearer context, rich men in the United States live longer than men in any other country, while poor men live, on average, the same number of years as men in countries like Sudan and Pakistan. The numbers are similar among wealthy women who have an average life expectancy of 89 years old, 10 years longer than women in the lowest income group. Although researchers have not drawn a causal line between life expectancy and income to explain what drives this gap, a clear correlation exists between the two.

The numbers can also be parsed further. Although the rates for the richest men and women vary little depending upon the geographical area, the same is not true for the poor. On average, low-income people live shorter lives in the middle of the country compared to those who live in rich coastal cities. The study’s authors note that most of the geographical differences may be behavior-related and potentially explained by factors like rates of smoking and obesity. They also note that in wealthy cities with high levels of education and public spending, those at the bottom of the income scale tend to live longer than their counterparts in less affluent cities.

Life expectancy in the United States has changed dramatically over time. For example, in the 1930s, when Social Security was first introduced, the average man only lived to be 58 years old and the average woman 62 years old. Ironically, the retirement age for Social Security was set at 65. Another important consequence of the gap in life expectancy for the rich and poor is its effect on economic inequality and Social Security. As wealthy people live longer, they also receive more in Social Security benefits because they get additional payments over the course of their lives. Depending on how large the gap is, wealthy people may end up taking out a larger share of what they contributed relative to their income, which could reduce the progressivity of the Social Security program. This gap also has important consequences for the debate about retirement age, which many argue is necessary to keep the program funded as baby boomers retire.

While life expectancy has changed a lot over the past several decades, it has affected different groups in distinct ways. The clearest explanation comes in the same three characteristics mentioned earlier: sex, race, and income. In this instance, sex and race tend to blend together. Traditionally, white women have lived the longest, however, a recent study found that life expectancy for white women actually went down by a month. While this group still lives longest by far, the number has shrunk slightly due to a combination of factors, including rising suicide, drug overdose, and liver disease often caused by alcoholism. While white people, in general, suffer from these problems more than other groups, women have been particularly susceptible. This dip in life expectancy is actually the first one since totals have been calculated and happens at a time when other health concerns such as strokes and heart disease are causing fewer deaths.

The video below looks at this unexpected change:

While white women saw a reduction in life expectancy, several other groups saw an increase. Namely, black males and Hispanics of both sexes are expected to live longer. The third group, made up of white males and black females, saw no change in their life expectancy. Aside from sex and race, income level’s influence on life expectancy also changed. In the case of income, the richest people in America have gained three years in life expectancy from 2001-2014, while life expectancy for the poorest Americans did not change.

The United States Compared to the Rest of the World

Reliable data for life expectancy covers a relatively short time in history. In fact, for the United Kingdom, the country with the farthest reaching information, rates only go back to the 191h century. In the U.K., and virtually every other country, life expectancy was very short in the early 1800s, averaging between 30 and 40 years old; in South Korea and India, it was as low as 23. However, as healthcare and science improved, especially regarding infant mortality, life expectancy rose dramatically across the globe around the beginning of the 20th century.

This rapid improvement occurred in the United States as well, but the U.S. average of 79.68 years currently ranks 43rd relative to the rest of the world. Although countries with longer life expectancies may not be as large and diverse as the United States, it is important to ask why–for such a rich country–the U.S. life expectancy is relatively low, particularly compared to other developed nations.

The answer, according to the CDC, is threefold: drug overdose, gun violence, and car crashes. These three categories lead to injuries that account for roughly half of the deaths for men and a fifth for women in the United States. Americans, on average, live two years fewer than people in similarly developed countries. The effects of these, particularly drug overdoses, have been most acutely felt among middle-aged white Americans. Another important factor that contributes to America’s lower life expectancy is smoking tobacco. Many people in the United States started smoking earlier and in larger numbers than in other places.

There is no conclusive way to say exactly how long a person will live, but life expectancy provides an effective measure to see how certain factors contribute to longevity. In the United States, these numbers have been broken down further to take into account the differences across a wide range of demographics. In general, the most recent data was positive, with groups either staying where they are or seeing life expectancy gains, except for a few cases. However, even these modest gains still leave the United States behind many other developed nations. The reasons for this shortcoming are manifold, ranging from high infant mortality rates to smoking tobacco. Regardless of the results, though, life expectancy can provide people with a good baseline for how long they might live and what factors contribute to longevity.

The Journal of the American Medical Association: The Association Between Income and Life Expectancy in the United States, 2001-2014

The Washington Post: The Stunning–and Expanding–Gap in Life Expectancy Between the Rich and Poor

CNN: Why Americans Don’t Live as Long as Europeans

Our World in Data: Life Expectancy

Population Education: Why Are More Baby Boys Born Than Girls

Michael Sliwinski
Michael Sliwinski (@MoneyMike4289) is a 2011 graduate of Ohio University in Athens with a Bachelor’s in History, as well as a 2014 graduate of the University of Georgia with a Master’s in International Policy. In his free time he enjoys writing, reading, and outdoor activites, particularly basketball. Contact Michael at staff@LawStreetMedia.com.
Share:
Related ItemsInequalityInfant MortalityLife ExpectancyMortality RatesRaceSexSocial Security