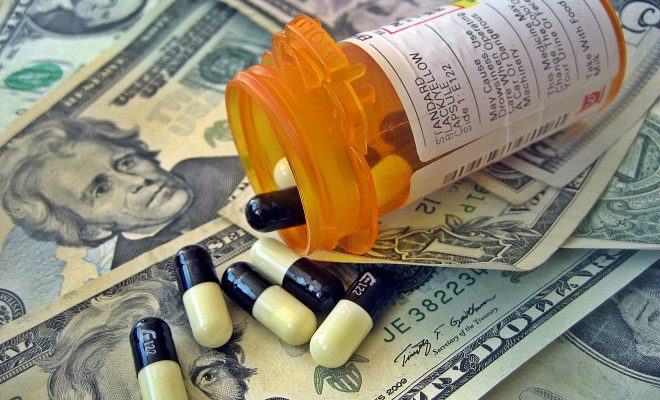 The Evolution of Medicare and Medicaid in America

While on the campaign trail, President Donald Trump repeatedly vowed to “repeal and replace” the Affordable Care Act (commonly known as “Obamacare”). However, his first attempt at dismantling the federal statute crashed and burned before a single vote was even cast due to divisions among conservative and moderate Republicans on Capitol Hill. If passed, Trump’s health care bill would have slashed federal funding to Medicaid.

Now, in the wake of the embarrassing defeat, Trump’s fledgling administration is still looking to give the American people a better option for health care. Some experts believe this could still come in the form of reforms to Medicaid and Medicare, which have historically been mired in controversy.

So, lets take a look at how these health care programs, both enacted in 1965, have evolved over the years. How has the Affordable Care Act affected them? And what is the fate of these programs if a new health care bill is finally passed?

Medicaid is a social health care program for certain individuals and families in the U.S. with limited income and resources. It was created through the Social Security Amendments of 1965–signed into law by President Lyndon B. Johnson–under Title XIX of the Social Security Act. It essentially acts as government insurance for those who are unable to pay for traditional health care costs.

The federal government matches state spending on Medicaid to enable states to provide medical assistance to residents who meet their individual eligibility requirements. While the program is jointly funded by state and federal governments, it is managed at the state level. Thus, every state has an immense amount of autonomy in determining who is eligible for the program. Since 1982, all 50 states have participated in the program–despite not being required to do so.

The Affordable Care Act (ACA) significantly expanded Medicaid eligibility, extending coverage to adults under 65 years of age who have incomes up to 133 percent of the poverty line, as well as making it available for low-income adults without dependent children. However, the Supreme Court’s ruling in National Federation of Independent Business v. Sebelius determined that states did not have to agree to the expansion. Thus, many states have continued to stay at pre-ACA funding and eligibility levels.

As a whole, Medicaid provides a variety of services for some of America’s most vulnerable populations. According to the National Council for Behavioral Health, Medicaid is the single largest payer of mental health services, paying for 25 percent of all mental health care and 20 percent of all addiction care. Four out of 10 children are treated under Medicaid, and a study published in Women’s Health Issues found that almost half of the 4 million births each year in the U.S. are covered by the program. Medicaid also often covers the costs of nursing homes and other long-term care options for elderly patients.

While poverty is a primary requirement for Medicaid eligibility, it alone does not qualify citizens for the program. Other categories, such as pregnancy, age, and disability, may also qualify a citizen for Medicaid eligibility. Interestingly, Medicaid also provided the largest portion of federal money for people with HIV/AIDS until Part D of Medicare was implemented (but more on that later). In most states, adults who receive Supplemental Security Income benefits (a federal income supplement program) are automatically enrolled in Medicaid. While state Medicaid programs are required by federal rules to cover comprehensive dental services for children, coverage for adult dental services is optional and oftentimes limited.

Some states choose to utilize the Health Insurance Premium Payment Program (HIPP). Under HIPP, a person under Medicaid is eligible to have private health insurance paid for by the Medicaid program. Essentially, the state pays the private insurance premiums for beneficiaries. States may also combine administration of Medicaid with other programs, such as the Children’s Health Insurance Programs (CHIP), for ease.

Medicare, in contrast, is a single-payer social health insurance program specifically for those aged 65 and older that has been administered by the federal government since 1966. With President Lyndon B. Johnson at the helm, Congress enacted Medicare in 1965 under Title XVIII of the Social Security Act. Medicare provides health insurance to some individuals under the age of 65 with disabilities as determined by the Social Security Administration. For example, any individuals with end stage renal disease or amyotrophic lateral sclerosis (ALS) are eligible for Medicare.

Those who have worked and paid into the system through payroll tax are eligible once they reach age 65, regardless of income or medical history. Currently, there are a number of private insurance companies across the U.S. under contract for administration of Medicare. It is funded primarily through payroll taxes, general revenues, and premiums paid by Medicare beneficiaries.

In 1966, Medicare spurred racial integration, by making desegregation of waiting rooms and hospital floors a condition of receiving Medicare funds. According to David Barton Smith, a professor emeritus in health-care management at Temple University, nearly 2,000 hospitals had integrated by July 1966 in order to remain connected to federal money for the program. Although some hospitals resisted integration, and those who complied found ways to restrict multi-bed rooms, Medicare still played an important role in integrating the nation’s hospitals.

Structurally, Medicare is complicated. There are four parts: Part A, hospital and hospice insurance; Part B, medical insurance; Part C, Medicare Advantage plans; and Part D, prescription drug plans. Hospital and hospice insurance covers inpatient hospital stays, care in a skilled nursing facility, hospice care, and some home health care. Medical insurance under Part B is optional, and helps insured members pay for services and products that are not covered under Part A–usually outpatient care. Patients who miss their initial enrollment period for Part B incur a lifetime penalty of 10 percent per year on the premium.

Medicare Advantage plans under Part C are Medicare plans sold through private insurance companies. These plans are required to offer coverage that meets or even exceeds standards set by Original Medicare. However, they do not have to be identical in covering every benefit. These are considered “capitated” health insurance plans, which is a payment arrangement that pays a physician or group of physicians a set amount for each enrolled person assigned to them for a particular period of time, whether that person seeks care or not. The difference between Part C plans and Original Medicare is likened to the standard HMO versus non-HMO plan decisions other citizens make.

Finally, Part D covers prescription drug plans. It was created in 2003 under the Medicare Prescription Drug, Improvement, and Modernization Act and went into effect in 2006. Anyone with Part A or Part B is eligible for Part D, though the coverage is not standardized. Plans choose which drugs to cover, though they must cover at least two drugs in 148 categories and cover substantially all drugs in six protected classes (including antidepressants, antipsychotics, anti-convulsants, immuno-suppressants, as well as cancer, AIDS, and HIV drugs).

Medicaid and Medicare under the ACA

Medicaid was expanded extensively under the ACA. Currently, 73 million people are enrolled in Medicaid, and roughly 11 million are covered under the program because of the ACA expansion. States who chose to reject the Medicaid expansion are slowly facing the consequences of that decision. Reports issued by the Urban Institute, Lewin Group, and Rand Corp. have stated that these states are slated to lose billions of dollars–money that their own residents have paid in federal taxes.

The ACA expansion also made a number of changes to Medicare; many provisions were specifically designed to reduce the cost of Medicare. It was designed to help Medicare patients afford their prescription drugs by closing the Part D coverage gap, often referred to as the “donut hole,” by year 2020.

Furthermore, premiums under Part B and Part D were restructured; as a result, the wealthiest people with Medicare had their contributions increased. More oversight, stronger standards, and provider screenings were also enacted to prevent Medicare fraud and abuse.

Following the death of Trump’s heath care bill that would have repealed and replaced the ACA, some states are looking to see if participating in the federally-funded Medicaid expansion is a lucrative path to take. As of last count, 19 states have opted out. Some contend that an expansion of Medicare may be a way to improve upon the ACA. Potentially lowering the age of eligibility of Medicare to 50 may also make private individual health more affordable. Moreover, offering Medicare as an option on health insurance exchanges could bring in younger people, reducing Medicare’s overall average costs by not just insuring those who cost the most to insure.

In contrast, there is also the option of implementing a full single-payer healthcare program, considered “Medicare for All”–a system that Senator Bernie Sanders has advocated for immensely. Under a single-payer system, any links between employment and health insurance would cease, as well as expanding the net for people over 65 to all Americans. Thus, the entire spectrum of care for every American citizen would be covered: primary, vision, oral, mental health, and more. Instead of paying a premium to for-profit insurance companies, Americans would merely pay a tax and employers would also pay taxes through payroll. Senator Sanders is poised to reintroduce the single-payer plan in the Senate, on the heels of the failed Republican ACA repeal attempt.

Despite the problems with the current health care system, such as rising premiums and fewer choices for citizens, Medicaid and Medicare have arguably been success stories in their more than 50-year history. Providing insurance and health care to the country’s most at-risk populations–the poor, the disabled, and elderly–is something to be lauded. What lies ahead for the programs, however, is up in the air until a new health care reform bill is passed.

Nicole Zub
Nicole is a third-year law student at the University of Kentucky College of Law. She graduated in 2011 from Northeastern University with Bachelor’s in Environmental Science. When she isn’t imbibing copious amounts of caffeine, you can find her with her nose in a book or experimenting in the kitchen. Contact Nicole at Staff@LawStreetMedia.com.
Related ItemsACAHealth CareHealth InsuranceMedicaidMedicareObamacaresingle payer