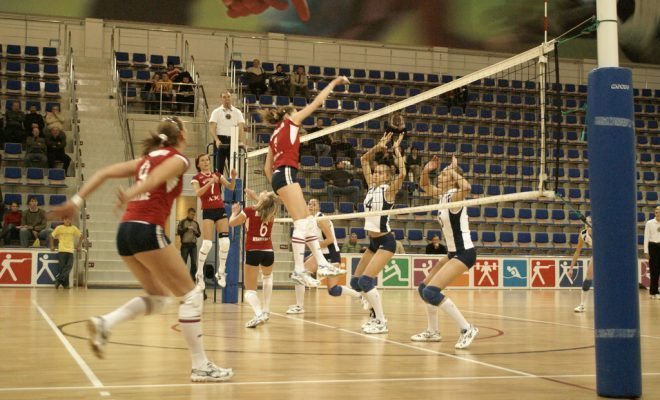 Women in the Big Leagues: Can They Legally Play on “Men’s” Teams?

The 2015 women’s World Cup final brought in millions more viewers in the U.S. than the 2014 men’s final. As the most watched soccer game in U.S. history, the final has spurred quite a lot of thinking about the lack of relative women’s participation in professional U.S. sports more broadly.

All of these forms of discrimination contribute to fewer women having access to playing sports professionally.

But are there actual, legal barriers to women as players participating in male-dominated professional sports? From the NCAA to the NFL, the answer is technically no.

Originally signed into law as part of the Civil Rights Act of 1964, Title IX is often the piece of legislation that athletes who are women cite as their legal protection in the arena of college sports. Title IX states that,

Because most colleges and universities cannot function without continuing to receive Federal financial assistance of one kind or another, this legal provision is the means through which many women athletes have attempted to secure their rights to play in intercollegiate sports. Actually playing on a team is not the only aspect of college life Title IX is supposed to regulate, however. More expansive than this, Title IX:

However, because legal standards in the United States require that the court proves individual and/or institutional intent to discriminate in order to prove discrimination, the NCAA’s standards for complying with Title IX–requiring, according to the NCAA’s interpretation, “that men and women be provided equitable opportunities to participate in sports”–is not likely to actually make the systematic changes women need in sports across the country. “Providing equitable opportunities” still allows women’s sports to receive much less than half of college funds for athletics, and it also still leaves athletes who are women vulnerable to more discrete forms of discrimination.

A good case study of these forms of discrimination is the case of Heather Sue Mercer, who in 1997 filed suit against Duke University under Title IX because she was cut from the football team for being a woman and, while she was still on the team, was treated much differently than her male teammates. Even though she was eventually awarded $2 million in damages, the standard for awarding damages (determining malice) is much lower than the standard for determining whether Duke violated Title IX (deliberate indifference, or the intent to discriminate, which Duke was found not to have).

The interpretations of Title IX in intercollegiate athletics that arose from this case have had long-lasting impacts on women trying to break into intercollegiate sports. The court ruled that colleges are not required to allow women to play on “men’s” contact sports teams, leaving decisions about women having access to sports in coaches’ hands. This leaves the door wide open for coaches to make statements like Goldsmith’s, citing arbitrary reasons like size that didn’t seem to impact Mercer’s ability to play just as well as — and better than — others on her team when she was invited to join it in the first place.

In this way, the interpretations of Title IX continue to allow sports discrimination to proceed in similar manners to other forms of workplace discrimination. So long as a coach (read: employer) does not explicitly state that a woman is being denied a deserved position on a team because she is a woman, he and his institution are generally safe from being legally found to be discriminatory in intent and, therefore, in fact. Since few, if any, institutional legal advisers would encourage clients to be explicit in such a manner, it remains very difficult for women to prove discrimination and therefore, to use Title IX as a means through which to gain equitable, safe, and affirmative access to intercollegiate sports participation.

And what about the pros?

Though Title IX by default does not directly affect professional sports–by definition, it only impacts institutions that receive federal funding–athletes attempting to make it into the big leagues find themselves strongly disadvantaged by the legacies of Title IX. Women do not only face discrimination on athletic fields that negatively impact their access to playing in the pros, but women’s pro leagues also experience extreme financial hardships that male leagues simply do not face. This acts as a strong barrier to all women, but especially to women who, for example, have a great deal of debt from college because they did not receive the same kind of scholarships that they would have if they were men. Because of the economic impacts of sports-based (and other) discrimination, women–especially women of color–are more likely to lack the resources needed to stick it through playing in underfunded women’s pro leagues.

The lack of ability for women to get professional opportunities and exposure is largely dependent on economic and media biases, as described by Shira Springer of The Boston Globe:

Absent deep-pocketed investors who can commit for several years, women’s professional teams and leagues find themselves scrambling to survive almost from the moment they launch. With the notable exception of the National Basketball Association-supported WNBA, women’s pro leagues never get a chance to play the kind of long game that could build momentum and diverse fan bases. ‘Women’s sports are still sort of niche sports,’ says Angela Ruggiero, president of the Women’s Sports Foundation based in New York City and a four-time Olympic medalist in women’s ice hockey. ‘Part of it is visibility. Because most women’s sports don’t get the same coverage compared to men, it’s not the same fan experience, and it’s much harder to get invested. Part of it is that sports fans are still trying to understand and appreciate women’s sports and female athletes.’

Partly because of this, many athletes who are women aspire to play in the “big leagues” that everyone is almost guaranteed to know about: the MLB, the NBA, the NFL.

Football–due to its emphasis on extreme contact–is often the sport that people react most strongly against women participating in. Many people simply do not believe that a woman could excel in the NFL (or football in general), except perhaps as a kicker.

But are there any regulations–legal or league-based–that actually prevent women from playing in professional “male” sports, even the NBA and NFL? The answer, it seems, is no.

In 2012, the NFL finally made it clear that there are no provisions, legal or otherwise, that would prohibit women from participating in the NFL. Soon after, in 2013, New Yorker and superb kicker Lauren Silberman competed at the NFL’s New Jersey regional combine. While she did not make the cut onto a team, Silberman told NFL.com before the combine that,

I was not aware that I was the first female registrant. I was actually hoping that the 2012 historical milestone rule, to allow women to play, would prompt more women to attend tryouts this year. But for me, what’s important is to finally have a chance to fulfill my dreams by trying out to play in the world’s most competitive football league.

Silberman’s dream was stymied, but like Silberman, the dreams of many women to play in professional sports–like Melissa Mayeux, the first woman eligible to be signed in the MLB from the international registration list–are still moving forward despite the obstacles.

So when will women be in the dominant pro leagues?

While athletes who are women are legally entitled to the equitable access to intercollegiate athletics, the reality is that most women, regardless of ability, do not have access to the same types of opportunities or benefits that athletes who are men have. Similarly, women are not barred by any regulation from participating in pro “male” sports, including high-contact leagues like the NFL; however, even as athletes like Silberman and Mayeux push boundaries in the big leagues, there is a very, very long way to go for women who dream of playing in those arenas.

NFL.com: Female Will Compete at Regional Combine For First Time

AthNet: Title IX and Its Effects on Intercollegiate Athletics

Life and Times: The Impact of Title IX on Women’s Sports

NFL: Women Will Compete at Regional Combine For First Time

Jennifer Polish
Jennifer Polish is an English PhD student at the CUNY Graduate Center in NYC, where she studies non/human animals and the racialization of dis/ability in young adult literature. When she’s not yelling at the computer because Netflix is loading too slowly, she is editing her novel, doing activist-y things, running, or giving the computer a break and yelling at books instead. Contact Jennifer at staff@LawStreetMedia.com.
Share:
Related ItemsEducationFeminismLawsuitNCAAPoliticsPro SportsWomenWomen in SportsWorld Cup