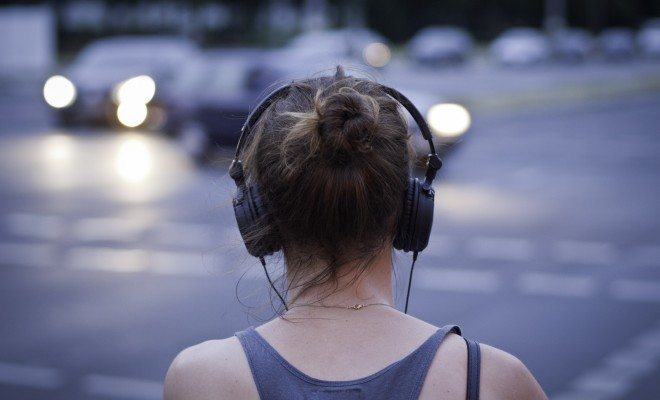 Streaming Music: Good Business or an Attack on Artists?

Where did streaming sites come from?

Since the mid-1990s and the era of Napster, the relationship between music and the internet has been rocky. Before most homes in America had a Wi-Fi connection, the only way to get a copy of a song or album was to go to a store and purchase a CD or cassette tape, or go through the painstaking process of recording the song off of the radio. As soon as more and more homes started getting access to the internet fans realized that sharing music with others could be an easy and cheap way to listen. File sharing networks were a dime a dozen, and anytime you wanted a song or an album, you could download the songs and burn them onto a recordable CD.

This obviously meant that many musicians, songwriters, and rightsholders lost money at an alarming rate, and record companies saw a decline in sales, profits, and even advertising. The response was abrupt: lawsuits against file sharers, program developers, and those who downloaded the songs. Lawsuits ranged anywhere from a few dollars and cents to millions of dollars. Of course, that led to bad PR from the general public and made people share music even more while being even sneakier about it. Eventually, the Recording Industry Association of America (RIAA) stopped filing lawsuits and instead turned to internet service providers to monitor illegal usage.

All seemed to be going better, for at least a short time; however, streaming music came to the forefront of the industry and everyone started to get their music for free from websites like Pandora, then Gooveshark, Rdio, YouTube, and Spotify.

Streaming music sites are paid services–or sometimes free, as long as you’re okay with waiting through ads–that enable you to stream music. With Spotify, for example, you start the program, suggest your favorite artist or song, and then you listen to artists and songs that are similar. On some services, you can mix genres, so you can listen to the Broadcast Cast, Nicki Minaj, and Mozart combination radio station, if you really want. Every time someone listens to a song or an album, the artist gets paid by Spotify.

Musicians used to make money in a fairly simple model based off of album sales through record stores and online. It was convoluted at times, due to percentages and contracts, but at its core it was like any other retail endeavor–producers were paid for their product. Today, however, artists make money on everything from iTunes downloads to on-demand streaming to YouTube videos. Unfortunately, many of these methods generate little-to-no money for the actual artists.

Now these services have a responsibility to the artists and those working on the songs. The American Society of Composers, Authors and Publishers (ASCAP) has just granted Spotify a license to stream more than 8.5 million musical works. Cloud-based music services, which Amazon, Google, and Apple have recently introduced, allow users to store music online and play back the music on any device.

In addition, there are fights among the bigger names in music. Entertainment giants like Disney have fought to extend copyright protection on some of their most popular and lucrative pieces of intellectual property, and musicians and songwriters would certainly love to have a longer period to milk royalties out of their creations before the tunes hit the public domain. With Disney leading the way, we might just see some big reforms on the horizon.

So, how do artists make money off streaming?

There are a few different ways musicians make money. If listeners don’t pay for their subscriptions, they get money from the ads that play every few songs. That revenue goes to the streaming site, which then pays the artists their share. Some users get annoyed with the ads, so then they purchase a premium subscription. According to Spotify, this means that the average user now spends $9.99 a month instead of the $5 a month they would spend without it. This chart from Spotify shows the relationship between money earned and music sales in the digital and physical formats. Spotify says that it “pay(s) out nearly 70 percent of (its) total revenue to rights holders.“

Artists no longer make money from the sale of albums or singles, but rather the play of songs. Many people think that this is making artists “up their game” and make albums with better songs, while many artists view it as not being paid for their art. Here is the official description of how they figure out what “per stream” means, right from Spotify’s website:

An artist’s royalty payments depend on the following variables, among others:

So while artists do get compensated when a streaming site uses their work, it’s not as dependable or as lucrative as brick-and-mortar album sales used to be.

When Spotify streams music, it of course takes a cut so that it can stay in business and pay employees. Everyone is happy, right?

Not so fast. It still doesn’t stop illegal download of music, nor does it stop people from piling on the same account, much like people do with Netflix. There has also been some backlash from the musicians themselves. The most notable is Taylor Swift, who refuses to let her album 1989 be played on the service, but also includes Garth Brooks, The Black Keys, AC/DC, The Beatles, and Led Zeppelin. Bette Midler, in particular, is against the services, with Billboard claiming she gets “microscopic micropayment of .00002733076 cents per track.”

We love Bette’s music and certainly respect her advocacy for fair compensation for artists. But we must clarify an important fact: Pandora paid more than $6,400 for those 4+ million plays, based on our 2014 rates which are published publicly. In terms of compensation to the creative community Pandora remains by far the highest paying form of radio. Pandora pays songwriters a greater percentage of revenue than terrestrial radio. And Pandora paid 48% of our revenue in performance royalties to rights-holders in 2013 – more than $300 million – while terrestrial radio was required to pay nothing.

Of course, Bette Midler probably has enough money to last her, as do many of the other artists mentioned above, but what about artists who do not have as much commercial success? They may not be able to get by on such low payments.

Taylor Swift wrote an Op-Ed on the matter and defended her opinion to Time, saying to those who criticized her choice:

Well, they can still listen to my music if they get it on iTunes. I’m always up for trying something. And I tried it and I didn’t like the way it felt. I think there should be an inherent value placed on art. I didn’t see that happening, perception-wise, when I put my music on Spotify. Everybody’s complaining about how music sales are shrinking, but nobody’s changing the way they’re doing things. They keep running towards streaming, which is, for the most part, what has been shrinking the numbers of paid album sales.

Some musicians are defending the services, however. Bono recently said:

I see streaming services as quite exciting ways to get to people. In the end, that’s what we want for U2 songs. The real enemy is not between digital downloads or streaming. The real enemy, the real fight is between opacity and transparency. The music business has historically involved itself in quite considerable deceit.

Essentially, artists want a fair price for their music. But in a world where almost no one pays full “iTunes” prices for their music, is it worth it for those celebrities to take a stand? As long as there are only a few artists standing against streaming services, it will probably be a losing battle.

Swift also defends her choice because she sees her music as an “art.” This begs the question, if the stars are complaining about what they get, what does that mean for everyone else? Alex Anders, a music producer and engineer who has worked with many artists, including the cast of Glee (which charts multiple songs on iTunes and Spotify when the show is in season), had this to say:

@NoelDiem It is the songwriters, engineers, producers, and studios, etc that are paying the price with their livelihood. They can’t tour!

So who is missing out on money when it comes to streaming? Those who fall into the “other” category, and they have to share a small piece of the puzzle. The Songwriter writes the actual melody and lyrics of the song; the Publisher pays for the music to be recorded; and the Engineer sets up and mixes the music.

The move away from a traditional model of selling music means that these people are sometimes cut out of the equation, or don’t receive as much money as they used to. Can this problem be solved with a restructuring of the music business? Maybe. But it will take artists working together with record labels, streaming services, and internet providers to make a real change.

Streaming music is still in its relative infancy, so it has the potential to improve for everyone in the equation. There have already been many changes in just the last few years. Apple is still in its first year of streaming, and more and more artists are paying attention to cash flow. Is it perfect yet? Hardly. Not by a long shot. But it is a much better alternative than the era of pirated music and zero artist compensation.

Time: Taylor Swift on 1989, Spotify, Her Next Tour and Female Role Models

Wall Street Journal: For Taylor Swift, the Future of Music is a Love Story

Noel Diem
Law Street contributor Noel Diem is an editor and aspiring author based in Reading, Pennsylvania. She is an alum of Albright College where she studied English and Secondary Education. In her spare time she enjoys traveling, theater, fashion, and literature. Contact Noel at staff@LawStreetMedia.com.
Share:
Related ItemsAlbumsAlex AndersAppleBette MidlerBonoCopyrightiTunesMusicSpotifyStreamStreamingTaylor Swift