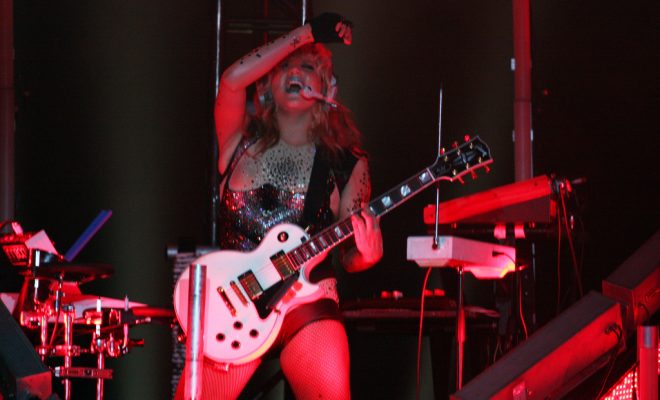 When The Show Can’t Go On: Dissecting Music Industry Contracts

Pop singer Kesha will appear in court next week to hear the judge’s decision on her contract with her producer Dr. Luke. In October 2014, the singer filed a lawsuit against the producer for sexual, physical and emotional abuse. He responded by filing charges against her for defamation–which were dismissed by a New York judge earlier this month (although the suit Dr. Luke filed in Tennessee is still active). As the legal battle has played out over the past two years, Kesha has suspended her musical career, not by choice, but because her contract with Dr. Luke’s company prevents her from recording with another label. The social media campaign #FreeKesha has picked up considerable momentum in the past several months and has raised questions about how much power managers and producers have over the artists they work with. Controlling a musician’s contract means control not only over their creative process, but often over their finances. Read on for a look at who controls royalties in the music industry.

Contracts in the Music Industry

When an artist signs a contract with a record label, they usually give the company ownership of the copyright on their music for the full life of the copyright. This leaves artists vulnerable because it designates even unreleased music as the property of the label. One notable artist who has secured a reversion of this copyright is Robbie Williams, who managed to secure the return of his “masters” in the contract he signed with EMI–ownership of his albums will eventually return to Williams rather than the label. In exchange for relinquishing their copyright, artists are given royalties–which are based on record sales. Artists receive a full royalty rate for any album they sell through normal retail channels but may receive only a fraction of that royalty for records that are sold at a discount rate or through a record club. Artists are also often expected to pay a producer’s royalty out of their own royalty share. While record companies aim to make royalty rates as attractive as possible, as attorney Anthony N. Luti explains, there are hidden cuts to royalties that all artists may face:

A recording contract is more than just the exchange of recorded music for royalty payments. Recording contracts almost always require the artist to sign an exclusivity agreement with the label. If an artist wants to collaborate with another artist (particularly one on a different label) they will need to have a “sideman” clause built into their contract. The contract also dictates the territory where an artist can distribute music, tour support, and promotion of the music once it is released. Terminating the contract is a complex process. Hyper successful artists can sometimes afford to break their contracts or renegotiate them to a better financial position, but most artists are locked into an initial contract. A 12 month contract may not seem like a major commitment but when a record label constantly renews the contract, the company can retain the rights to years worth of creative work, even if the album is never released to the public.

Music royalties and administration are becoming more equitable thanks to technological advances, and now online companies help close the gap between artists and other services. One prime example is Music Reports, a global music administrative rights platform that has created a neutral transaction platform where music producers can handle rights administration and accounting.  In a recent interview with Law Street, Bill Colitre, Music Reports’ VP of Business & Legal Affairs, discussed how recording houses once controlled the relationship between buyers and sellers. Thanks to the advent of the Internet, the music publishing community can now set rights and prices via online platforms.

Colitre also described how the Internet has tapped into worldwide creativity, letting new entrants participate in a market that they traditionally took a backseat in. The global connectivity of the twenty-first century is making a historically rigged game increasingly equitable.  The assemblage of music rights and information online let artists and producers have greater control over their products while online financial services help them get paid faster and more efficiently. However, even with access to better accounting, most artists are still vulnerable to exploitation if they have not negotiated their contracts correctly.

Promoting Music Without a Record Label

Choosing to forgo a record deal does let artists retain control of their copyright but it also cuts them off from the promotional power that only an established label can provide. Self-released albums often rely on a marketing agency to promote them. Without the infrastructure of a traditional record company, artists have no way to meet DJs and promoters who can connect their album with the listening public.

British rock band Enter Shikari cracked the U.K.’s top five charts in 2007 with a self-released album and rapper Dom Kennedy reached the U.S.’s top five in 2013 but have neither have maintained that level of commercial success over time. Macklemore and Ryan Lewis made a name for themselves by promoting their album “The Heist” without signing onto a record label but their claim to indie fame is not entirely factual. The duo hired Alternative Distribution Alliance (ADA), a branch of the Warner Music Group, to promote their album.

Numerous artists who achieved commercial success with a major label chose to build their own record companies after their contracts expired, but they only were able to establish their own brands once they had built a significant popular following. OK Go was fortunate enough to break with their initial record label right as they released their third album–they were able to re-release the album off of their new label, using the publicity they had received from their original label to kickstart their own enterprise. Cyrus’ recent Dead Petz album was created without financial or creative assistance from her RCA team, but she is fortunate enough to be in a position where she did not need that kind of support from the label (and the label did go on to promote her album, despite its lack of involvement in its creation). Both Peter Gabriel and the Who have self-released albums, but the success of those records was built on the fame they had already garnered from the years during which they were tied to a label.

There are a host of reasons why a record label might delay or block an album’s release but no matter how it happens, gagging a musician is usually legal under the contract they signed. The shifting metrics of the music industry–from physical records to digital albums to streaming–provide new opportunities for artists but don’t necessarily guarantee more relaxed recording contracts. Kesha is not the only artist to speak out about restrictive contracts–Jojo, who only returned to creating music recently, has stated that she was unable to release music for years because of a contract she had signed when she was a minor and Sky Ferreira‘s label pushed her album release date back again and again. For major artists who have already built a successful brand, record labels may be more willing to provide them with flexible contracts that they can renegotiate or terminate without massive legal penalties. However, for artists who are just breaking into the music scene or who are looking to retain a degree of creative and financial control, recording contracts can still be so restrictive that they undermine that artist’s ability to work.

NPR: The Real Story Of How Macklemore Got ‘Thrift Shop’ To No. 1

Fobres: How Rapper Dom Kennedy Made It Without A Record Deal

Paste Magazine: 14 Artists who Launched Their Own Labels

US: JoJo Claims ‘Bad Contract’ Meant She Couldn’t Release Music, ‘Didn’t Legally Own’ Her Own Voice

Buzzfeed: What It’s Like When A Label Won’t Release Your Album

Jillian Sequeira
Jillian Sequeira was a member of the College of William and Mary Class of 2016, with a double major in Government and Italian. When she’s not blogging, she’s photographing graffiti around the world and worshiping at the altar of Elon Musk and all things Tesla. Contact Jillian at Staff@LawStreetMedia.com
Share:
Related ItemsCopyrightDr. LukeJojoKeshaMusicRecord companiesrecord labelsRoyalties