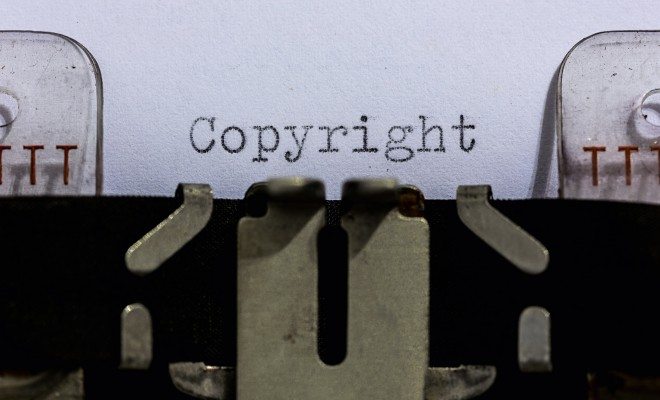 Re-Writing the Classics: What Are Your Fanfiction Rights?

We live in a world where fan communities–fandoms–are becoming increasingly popular. Fandoms fixate on a particular television show, band, movie, musical, anime, or other pop culture subject. Creation of content based on these fandoms has also become ubiquitous. People of all ages gather together on any number of fanfiction websites, ranging from social media sites that post stories and art, like Tumblr and Live Journal, to websites designed for fanfiction, like Fanfiction.net and Archive of Our Own. Some fandoms have even developed websites devoted entirely to fanfiction for a particular couple or desired couple, known to many as a “ship.”

When using characters and worlds created by other people, however, there are quite a few potential copyright issues. Fan creations have become so popular that some fandoms are even branching out and making money from their fanfiction and fan art roots. Yet getting the “rights” to your own work is a nightmare when you’ve used a couple from your favorite television show. Though some fandoms have successfully made the switch from unoriginal characters to new creations, many struggle with it.

Fanfiction and fan art are always going to be a part of fandom communities because they bring people together in a way so few things really can. These fandoms have created large communities all over the internet. “Harry Potter,” for instance, is still hugely popular in the fanfiction world, even though J. K. Rowling and Warner Brothers have successfully fought against fan creations.

What exactly are your rights when you take to your computer and write or draw that missing scene from “Once Upon a Time?”

According to a University of San Francisco law blog, fanfiction “can be considered a copyright violation under the Copyright Act of 1976, ” because the holder of the copyright has the right to distribute any derivative works based on an original creation. This often includes sequels, prequels, and art work.

One of the most famous cases of a fan-fiction author is that of J. D. California who penned a sequel to J. D. Salinger’s “Catcher in the Rye” and called it “60 Years Later: Coming through the Rye.” During this case, it was found that characters were granted copyright protection–in this case, Holden Caulfield, an iconic character in Salinger’s novel.

Many would argue that fair use may actually protect fan creations like artwork and stories from being copyright infringement, but many authors have still successfully fought that claim. Legal challenges tend to come more from book authors than movie or television show creators for pretty pragmatic reasons–fandoms often boost the number of viewers for television shows.

So why are so many publishers now actively looking for fan-fiction authors? In part because these stories are sometimes better or more successful than the canonical source material. One cannot ignore the success of recent fanfiction-based novels like “50 Shades of Grey.” Rebecca E. Hoffman for Bloomberg describes how “50 Shades” got around the fan-fiction ties:

But before they became ‘real’ books, they were a Twilight fan fiction series called ‘Master of the Universe.’ ‘MotU’ appeared on fanfiction.net and–with Twilight references removed and character names changed–was later published as three e-books by an Australian company that specializes in fan fiction publishing. Vintage Books, a subdivision of Random House, which ultimately published the Fifty Shades trilogy, maintains that the material is original and no longer based on ‘Twilight.’

According to a Washington Post interview with Jennifer Bersgtrom, Vice President and Publisher of Gallery Books, fanfiction is simply becoming a way to recruit talented authors. She stated, “fanfiction has absolutely become part of the fiber of what we publish. This is changing at a time when traditional publishing needs it most.”

Most fanfiction is safe if it doesn’t criticize or parody the works in question. Even so, the Internet and Intellectual Policy Clinic at the University of San Francisco points out that the only way a person would get in trouble is if the person who holds the copyright ever sees the work:

It is clear though that the law surrounding fanfiction is highly dependent on the copyright owner actually enforcing their rights and prosecuting offenders of their copyright. In cases such as J.K. Rowling in which she is choosing particular pieces of work to prosecute while letting other works that violate her copyright be published, the law clearly sides with her.

The Legal Dos and Don’ts of Fanfiction

The biggest rule you need to know to avoid getting into copyright hot water is to determine who exactly owns what you are writing about. Some authors simply do not like fanfiction and are very open about that fact. Vulture says that “some authors–George R.R. Martin, Anne Rice, and Diana Gabaldon, author of the Outlander series, among them–protest [fanfiction’s] appropriation of their creations and ask fans to refrain from writing it.” They mostly target websites based on the stories, but have targeted large forums as well.

Some fanfiction creators also have some problems in that they don’t know where to draw the line. Typically there are concerns about RPF or Real Person Fanfiction. Celebrities like Chris Colfer of “Glee” and Taylor Swift have said that they find fanfiction and fan art uncomfortable, especially when it is explicit in nature. Swift has even gone so far as to get fan creations taken off of Etsy, though that may be more of a business decision.

It isn’t always easy, however, as every writer, designer, and artist has the right to make the choice for themselves where they want the line drawn and whether or not to take legal action. It is then up to the forum and fandom at large to enforce that line as they see fit, an important thing to remember when dealing with fanfiction and fan art.

Nonetheless, as Hugh Howey told Desert News National: “Just as there have been independent filmmakers [who] enrich the film industry, there are and will be independent authors who experiment and write groundbreaking works.”

If you truly love a fictional couple, a storyline, or a show, you might still want to write fanfiction or create fan art, and there is truly nothing wrong with that. However, you should take note of a few rules to keep yourself out of the limelight and out of trouble.

In the end, the best thing to remember about fanfiction, fan art, and anything derived in any other universe is this: it is typically an infringement of the copyright holder. With that said, it is usually done with the best of intentions by fans and it often continues and strengthens the importance of the story being told.

When creating within a fandom, use your head to make decisions about what is appropriate and what isn’t appropriate and you likely won’t find yourself in trouble. It’s also important to note that if you are creative enough to take pre-existing characters and create new stories, you are probably creative enough to make your own original characters.

Washington Post: From ‘Fifty Shades’ to ‘After’: Why publishers Want Fanfiction to Go Mainstream

CNN: Lawsuit Targets ‘Rip-Off’ of ‘Catcher in the Rye’

Daily Beast: Why Fanfiction is the Future of Publishing

Noel Diem
Law Street contributor Noel Diem is an editor and aspiring author based in Reading, Pennsylvania. She is an alum of Albright College where she studied English and Secondary Education. In her spare time she enjoys traveling, theater, fashion, and literature. Contact Noel at staff@LawStreetMedia.com.
Share:
Related Items50 Shades of GreyA Very Potter MusicalBuffyCopyrightCopyright InfringementCopyright LawDarren CrissE.L. JamesEL JamesFan FictionFandomFicGleeHarry PotterJ.K. RowlingLord Of The RingsMoviesOnce Upon A TimeRelationshipShipSupernaturalTaylor SwiftTV ShowsTwilightWarner Brothers