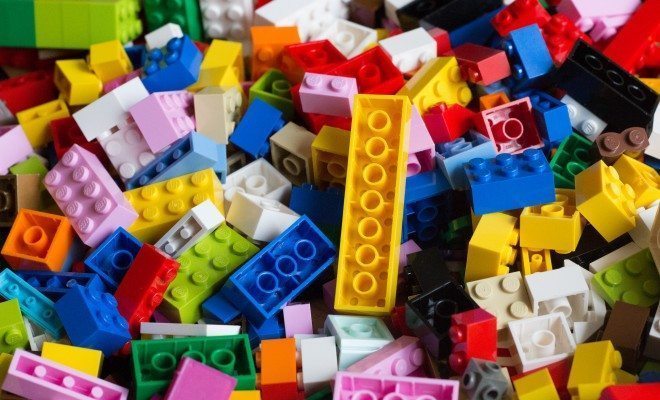 Artisti Ai Weiwei is back in the headlines this week for his battle with Lego over “censorship and discrimination.” According to the artist’s Instagram, he requested a large-scale shipment of Legos in September, but was denied because Lego does not support the use of the blocks for “political works”. However, Weiwei argues that Lego dismissed him for financial gain: the company announced plans to build a Legoland in Shanghai this month.

Ai Weiwei planned to use the blocks for an upcoming exhibition in Melbourne but without a bulk shipment from the company, completing the installation on time seemed impossible. Overnight, the #legoforaiweiwei crowdfunding movement was born. The news spread like wildfire across social media, with fans around the world volunteering to donate their own Legos to the artist. Ai Weiwei is now establishing collection points, the first of which is a parked car in Beijing, where fans can drop off blocks. Crowdfunding has, until now, been a cash transaction–Kickstarter and GoFundMe let donors add to a recipient’s bank account, not their stash of plastic toys. Does #legoforaiweiwei signify a shift in crowdfunding or is it an isolated phenomenon?

Who is Ai WeiWei?

In order to understand his fans’ enthusiasm, it is first necessary to explore Ai Weiwei’s artistic and political importance. Weiwei, a Beijing native, has been an active artist since the 1970s, beginning his career with film and animation studies but ultimately focusing on sculpture and architecture. Weiwei’s work has explored topics such as human rights and freedom of expression, but his artwork is not the only factor in his transformation into one of China’s most prominent dissidents. In 2006, he launched a controversial blog that openly criticized the Chinese government, signifying his transition from an apolitical artist to a political figure. One of centerpieces of his blog was the “Citizen’s Investigation” he launched to explore the inefficient response of the government to the Sichuan earthquake of 2008. Weiwei attempted to testify in court in support of fellow dissident Tan Zuoren, but was beaten so violently by the police he had to receive emergency brain surgery in Munich to combat internal bleeding. His blog was shut down in 2009 and in November 2010, Weiwei was briefly placed under house arrest.

A year later, Weiwei was arrested for unclear reasons–it was initially reported he tried to leave the country without the proper documents but the Foreign Ministry later claimed he was arrested for economic crimes. Weiwei was held for two months without being formally charged with a specific crime. The arguably false pretenses on which Weiwei were arrested sparked international outrage and led to the creation of FreeAiWeiWei.org and FakeCase.com. After a three-month sentence for “tax evasion,” Weiwei was released from prison but was forbidden from leaving Beijing for at least a year. For several years, Weiwei’s movements were closely monitored and restricted by the government, until July 2015, when his passport was returned and he was permitted to leave the country. Unfortunately, Weiwei’s freedom may only be superficial–this October, Weiwei found multiple listening devices in his Beijing studio.

Over the past several years, artists have taken advantage of the crowdfunding movement to finance everything from studio space to paintbrushes. There are even crowdfunding websites tailored to the needs of the art community. When artists want to sell their work, they can use Etsy and Amazon’s new “Handmade” marketplace to set their own prices and connect with individual clients. As the artistic process becomes more reliant on digital interactions, art becomes a more attractive and financially stable source of income.

Yet Ai Wewei’s case is unique in that he was not sent funds via PayPal or Venmo that he then translated into a creative product. He was explicitly banned from purchasing Legos in bulk, which required others to not just send him money but to deliver the physical components of his artwork to him. This is a far greater commitment than anything artists have received thus far from the crowdfunding movement. Granted, dropping off Legos in an abandoned car has a certain adventurous appeal that doesn’t parallel with delivering palettes and canvases to an artist’s door. Yet, if Ai Weiwei’s fans feel comfortable going the extra mile to ensure he can complete his installment, will other popular artists receive the same support? Weiwei did not explicitly ask for donations–that occurred organically through social media. Should other prominent artists who promote their art as a political tool receive the same donations? This time next year, Yayoi Kusama and Shepard Fairey may be getting paint delivered to them in the mail by fans every week instead of buying their own–but I doubt it. The impetus for #legoforaiweiwei emerged not from Ai Weiwei asking for Legos, but from Lego’s response to his request.

Ai Weiwei used Lego blocks in his 2014 project Trace, which presented massive portraits of 176 political prisoners across the globe.  In the wake of this week’s scandal, Lego spokesperson Roar Rude Trangbaek said

We refrain — on a global level — from actively engaging in or endorsing the use of Lego bricks in projects or contexts of a political agenda…. [we do not accept] donations or support for projects — such as the possibility of purchasing Lego bricks in very large quantities, which is not possible through normal sales channels — where we are made aware that there is a political context.

Although Lego did not block Weiwei’s 2014 exhibition, they have asked other artists not to use their products in artwork in the past. Multiple political and advertising campaigns have used Lego characters and blocks, only to be asked by Lego to remove their photos and videos. Legos were also used in the infamous model of a concentration camp created by Zbigniew Libera in 1996. In Libera’s case, Lego donated bricks to the artist but had no idea what the piece would ultimately become. Once the final product was revealed, Lego attempted to prevent the exhibition of the artwork.

While it is clear that Lego’s leadership is uncomfortable being associated with controversy, they are usually responsive to consumer complaints. After a seven-year-old girl wrote a letter complaining about the lack of female Lego action figures, Lego promptly launched a set of female scientist toys that promote gender parity in STEM fields. With the massive outpouring of support for Ai Weiwei, it would be smart for Lego to adapt and roll with public sentiment–yet at the same time, if Weiwei’s fans are purchasing Legos in massive amounts to drop off at donation centers, the company still turns a profit. The initial pressure from Weiwei’s fans may have seemed like a public relations disaster, but now that Weiwei’s project is steaming ahead,  Lego has no reason to acquiesce to Weiwei’s demands.

Weiwei’s fans seemingly reacted strongly to Lego’s statement because it contradicted their past involvement in Weiwei’s work. Fans immediately categorized the company as a hypocritical lackey of the Chinese regime. It was ultimately a perceived violation of morals and free speech that led Weiwei’s fans to crowdfund the Lego project. A quick scroll through Instagram reveals that the artist’s fans consider Lego’s refusal to be a demonstration of solidarity with Chinese oppression. With Lego painted as a capitalistic demon shaking hands with a corrupt government by many,  it is no wonder that fans have had a strong reaction. Ai Weiwei’s popular appeal lies not only in his talent as an artist but in his ability to mobilize political sentiment. Most artists don’t have a complicated past with a major company nor do they have a fan base with strong political and moral beliefs–therefore, Weiwei’s case should be considered an isolated incident, not the start of a new age of crowdfunded art. An artist running short on supplies does not pack the same emotional punch as a man only just freed from prison being denied his right to freedom of speech. Ai Weiwei has done a masterful job of morphing the Lego project from an artistic statement into a grassroots political movement.  Donating Legos lets fans protest the Chinese regime, but not in a way that puts them in any danger or requires a significant time commitment. Ai Weiwei may have found the solution to the collective action problem: let them buy toys.

Ai Weiwei’s artwork and political activism makes him a controversial figure but that does not necessarily give Lego the right to deny his request for a bulk purchase. Weiwei’s fans have reacted with a powerful, well-organized display of support by buying him individual Legos but their donations do not signify a larger shift in the crowdfunding movement. Artwork that is tied to political motivations can elicit a strong reaction and rally supporters around a cause, but in this case, it has not changed the policies of the Lego corporation.

CNN: Ai Weiwei is not alone: LEGO’s history of hiding from politics.

Jillian Sequeira
Jillian Sequeira was a member of the College of William and Mary Class of 2016, with a double major in Government and Italian. When she’s not blogging, she’s photographing graffiti around the world and worshiping at the altar of Elon Musk and all things Tesla. Contact Jillian at Staff@LawStreetMedia.com
Share:
Related ItemsAi WeiweiArtCrowdfundingLego