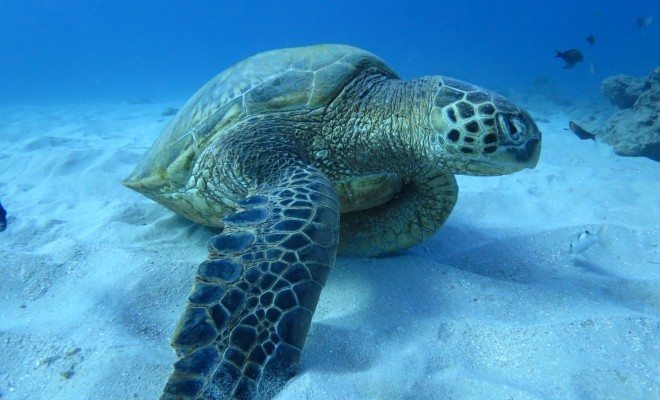 Ban the Bag: Getting Plastic out of Coastal Communities

Plastic bags have been demonized by the environmental movement for years. They are considered to be wasteful and unnecessary–why opt for plastic when you could have a reusable grocery bag? Yet within the battle to end the use of plastic bags, there is a camp that often goes unnoticed–animal rights activists. In coastal communities, plastic bags pose a major threat to marine life as animals  can get trapped inside of them and injure themselves. Plastic bags are often mistaken for jellyfish by sea turtles, who harm themselves by eating the bags, and large swaths of plastic bags floating on the ocean’s surface block the sunlight that algae and plankton need to survive.

California and Hawaii have already banned large retail stores from using plastic bags, and activists have now set their sights on Florida. Floridian cities are currently not allowed to control the sale of plastic bags but there are half a dozen online petitions to either ban them entirely or to initiate taxes on plastic bags. Officials from Miami Beach have mentioned several times that they would like to have a bag ban but cannot under Florida law as it stands today. A representative from Miami Beach sponsored a bill to ban plastic bags in certain regions of the state last year, but the bill has yet to get off the ground. Take a look at where plastic bags have been banned and what these laws signify for the potential bag ban in Florida.

Bans in California and Hawaii

In 2015, Hawaii banned the use of plastic bags in grocery stores across the state, encouraging shoppers to choose paper or to bring their own reusable bags from home. Hawaii’s ban came not from the state government but from the county level, as each of the four counties decided separately to enact a ban. Unfortunately, there was a small loophole in the ban that allowed thick plastic bags to be considered “reusable,” which means that the ban is often more theoretical than realistic. There are also exceptions for restaurants, pharmacies, and dry cleaning operations, which are still allowed to use plastic bags for their products. Hawaii’s bag ban, though viewed as well intentioned and unprecedented, has come under fire for not enforcing a drop in plastic use across all sectors of the community.

Meanwhile in California, activists spent years lobbying for a plastic bag ban and thought they had secured a law that would go into effect in the summer of 2016. However, after major pressure from the plastics lobby, the ban has been pushed back–citizens will vote on it during a referendum this coming November. According to NPR, a poll conducted late last year by the University of Southern California and The Los Angeles Times  found that California voters plan to uphold the bag ban by a margin of 59 to 34 percent. Yet in the months before the November referendum, any number of roadblocks could emerge to enacting the ban. Plastic bag manufacturers in other states have a strong interest in retaining the California market and have committed funding to lobbyists looking to further stall the bag ban.

It is not only plastics lobbyists who stand against the ban though. San Jose resident Don Williams created the website stopthebagban.com because he considers it an “eco-fad” that inconveniences the public and doesn’t make a substantial contribution to conservation efforts. Although Hawaii and California have led the effort to implement state wide bag bans, their efforts have been stymied to the point that the bans may never have the impact that they were designed to. Plastic bags continue to pile up in landfills–and in the case of these coastal communities, ocean fills. Massive floating islands of garbage have built up in the center of major oceans, leaching toxins into the sea and poisoning sea life. Ocean currents move the plastic bags around the world, spreading pollution and endangering animals across the globe. The British Antarctic Survey reported that it found plastic bags as far south as the Falkland Islands and as far north as Spitzbergen, an island inside the Arctic Circle.

Although individual cities in various states have banned plastic bags, Florida state law prohibits individual cities from doing so. However, as of this January, cities along the Treasure Coast region with less than 100,000 residents are allowed to experiment with plastic bag control. Multiple cities in the region have signed up for a two year pilot program designed to decrease the use of bags, the first such program to emerge in the state. The Florida Retail Association has stated that a bag ban would not be practical. General counsel Samantha Padgett argued that:

‘Millions of visitors come to Florida each year. They are going to purchase items and they have to have some means of carrying those items.’ Reusable bags collect germs. And paper bags ‘can be very inconvenient for consumers on a rainy day.’

Proponents of the bag ban also have latched onto the tourism argument, claiming that when Florida’s famous beaches are covered in litter and the flora and fauna are suffering from being choked by plastic bags, no one will consider Florida to be worth visiting. North Shore Hawaii Turtle Tours is one of a dozen businesses that asks visitors to support the bag ban. The Florida Keys have attempted to get citizens to phase out plastic bags without legislation by launching the “Got Your Bags?” campaign, which asks Florida Keys residents to carry biodegradable and reusable bags with them every time they go shopping. Florida Keys Wildlife Rescue has gone so far as to call plastic bags a “cancer.” According to a study in the Journal of Environmental Research,

About 44 percent of all seabirds eat plastic fragments; 267 marine species (sea turtles, seabirds, marine mammals, and fish) are affected by plastic garbage. From Planet Ark, about 100,000 whales, seals, turtles, and other marine animals are killed by plastic bags each year worldwide. These numbers do not include the land-based victims; even cows have been known to eat plastic bags. Dead and surviving fish and animals, now laced with chemicals from eating plastic, transfer those chemicals to the food chain when other animals (including humans) eat them or their products.

In Cedar Key, volunteers pick up plastic bags off the beach and deposit them in dog curbing stations, so that dog owners can reuse them to pick up after their pets. This practice does not eliminate plastic bags but it does make sure that they are more than single use objects. Creative methods of reusing and recycling are important for communities hoping to limit littering but they do not provide an effective solution to the effects of plastic bags on wildlife. Without a significant reduction in plastic bag use, Floridian animals remain will remain in danger for the foreseeable future.

Although coastal and island communities have the greatest incentive to ban bags because of the potential harm to their wildlife, multiple landlocked states have also expressed interest in a bag ban. In Arizona, Missouri, Idaho, Indiana, Wisconsin and Utah, several Republican lawmakers have moved to block regulation of plastic bags because of the groundswell of support for bag bans. Grassroots movements to decrease or eliminate use of plastic bags operate in all fifty states but coastal communities are particularly crucial battlegrounds. Plastic bags are not simply artifacts of unsightly littering. They also harm sea creatures, block flood control systems and breed mosquitoes. Past bans on plastic bags have been partially successful at best, largely due to the difficulty of monitoring and enforcing the ban on a state-wide level.

Banning plastic bags is a challenging task but that does not mean it is not worthwhile, nor does it mean that there is not a sizable portion of the population that supports the ban. As the United States becomes more aware of its environmental footprint and actively seeks to create useful conservation laws, cities should be granted the autonomy to make their own laws regarding bag bans. Building a consensus on the local and regional level will make it easier to construct bag bans on the state level–perhaps eventually we could even graduate to a national ban. For the moment, states like Florida that prevent communities from cutting down on plastic are only harming themselves, setting up their cities for increased pollution and endangering indigenous wildlife.

HuffingtonPost: This Is How Your Plastic Bag Ends Up In Massive Ocean Garbage Patches

New York Magazine: The Fight Over Plastic Bags Is About a Lot More Than How to Get Groceries Home

Jillian Sequeira
Jillian Sequeira was a member of the College of William and Mary Class of 2016, with a double major in Government and Italian. When she’s not blogging, she’s photographing graffiti around the world and worshiping at the altar of Elon Musk and all things Tesla. Contact Jillian at Staff@LawStreetMedia.com
Share:
Related ItemsCaliforniaFloridaHawaiiMarine AnimalsOceanOcean Conservationplastic bag banPlastic Bags