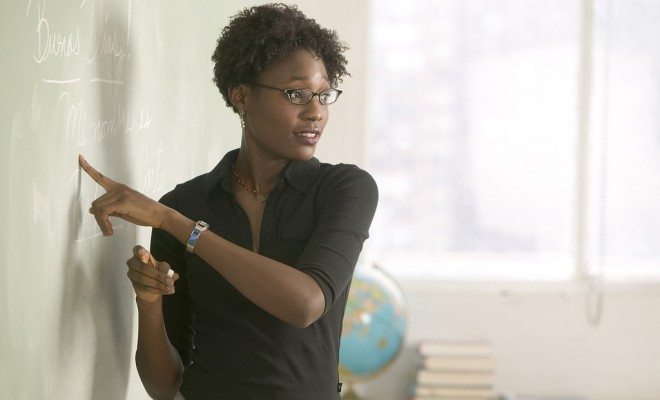 Teachers and Tenure: An Outdated System?

Tenure was originally created as a protection for teachers. In more recent times however, critics have grown concerned that it has turned into a system that has the potential for abuse. Read on to learn about the history of tenure and the arguments for and against it.

The History of Tenure

The early twentieth century saw an immense number of unions formed in a wide array of industries, empowering the American workers and dramatically altering legal precedent concerning workers’ rights. During this time, American public school districts began adapting and adopting the process of tenure from colleges and universities and applying it to their own school systems. Tenure, in the K-12 public school sense, provides teachers with the right to due process before being terminated. Before tenure became a common aspect of public school districts, female teachers were often dismissed for getting pregnant or even being seen in town with a man to whom she was not married to; and older teachers were often replaced with new, younger teachers simply because they had become too expensive for the district.

As educational professionals seek ways to improve the American education system in the wake of No Child Left Behind’s rigorous standards, many argue that replacing teacher tenure with a merit-based system would improve teacher quality and, therefore, student performance. However, advocates of teacher tenure argue that is protects vital rights that, if removed, would allow teachers to be exploited and would constrict their ability to improve their educational strategies.

What are the arguments for teachers being able to receive tenure?

Advocates argue that the tenure system protects teachers from being wrongfully dismissed because of problems that could arise out of industry politics, economics, and other such dynamics, as well as personal or political reasons, such as disagreeing with the school board over whether to teach a topic such as evolution or to teach a banned book. Advocates argue that this allows teachers to take more risks in their teaching style and methods, encouraging teachers to push the pedagogical boundaries and improve themselves as educational professionals in the process. A distinction that many advocates of teacher tenure make is that it does not make it impossible to fire a tenured teacher. Instead, tenure ensures due process is followed when a district seeks to dismiss a teacher.

Tenure is not merely given to any teacher hired by a district; most school districts require teachers to spend three to four years in a probationary period before receiving tenure, which allows the teacher to gain experience and allows the district to determine whether the teacher will continue to be a valuable addition to the school’s faculty.

Many teachers also face the prospect of termination due to false student accusations. At times a student may falsely accuse his or her teacher of committing a fireable offense, which often gains a large amount of negative publicity for the school district and could potentially blacklist a teacher from getting a job elsewhere. Tenure ensures that a thorough investigation is conducted before the administration acts upon a student’s accusation, thus protecting good teachers from malcontented students.

What are the arguments against teacher tenure?

Opponents of the tenure system argue that it is being manipulated by teachers’ unions to make ineffective teachers difficult to dismiss and creates a system that favors seniority over merit. Opponents argue that while teachers must work through a probationary period before receiving tenure, nearly all teachers receive it once they reach that mark, and therefore tenure becomes a process not aimed at protecting and retaining good teachers, but at protecting the job security of all teachers regardless of merit. In the New York City public school district, 97 percent of teachers received tenure after teaching for three years, and opponents argue that statistics such as these indicate that tenure is not a highly selective process.

Tenure also makes teachers difficult to fire by allowing teachers’ unions to drag out the termination process and to dispute any decisions concerning dismissal, making the removal of poor teachers expensive and time consuming. A study published in 2009 stated that 89 percent of administrators did not fire ineffective teachers for fear of the time and money it would require to do so. Additionally, in the Chicago public school district, where only 28.5 percent of student met expectations on standardized tests, only 0.1 percent of teachers were dismissed for performance-related reasons between 2005 and 2008. Obviously, there is a disconnect between the poor performance of students in this district and the replacement of teachers who were unable to improve that performance.

Many opponents also argue that tenure allows teachers to stop seeking personal improvement and to begin to “coast” through their jobs. In a profession that demands constant improvement while children’s education hangs in the balance, a system that provides teachers with impeccable job security unrelated to merit is not the way to promote teacher development.

The history of granting teachers tenure makes sense, but whether or not the system has reached antiquity is a common topic of debate. Tenure has many benefits — protection and incentives for teachers — but also some downsides — potential to kill innovation. As the American education system evolves and begins to adopt more alternative forms of teaching, such as charter schools, tenure policies may have to evolve too to keep up.

University of Minnesota: A Study of Transparency of K-12 Teacher Tenure: What the Evaluation Policy Documents Reveal

NEA Today: What Teacher Tenure Is and What it Is Not

Teach For America: Point/ Counterpoint: In Support of Teacher Tenure

Scholastic: Weigh In: Is Tenure For Teachers Over?

Education.com: Should Teachers Have Tenure?

Take Part: Pros and Cons of Teacher Tenure: What You Didn’t Know

Joseph Palmisano
Joseph Palmisano is a graduate of The College of New Jersey with a degree in History and Education. He has a background in historical preservation, public education, freelance writing, and business. While currently employed as an insurance underwriter, he maintains an interest in environmental and educational reform. Contact Joseph at staff@LawStreetMedia.com.
Share:
Related ItemsEffective TeachersInnovationK-12 EducationNo Child Left BehindPedagogyProgressive EducationTeacher Job SecurityTeachersTeachers UnionsTenureTestingUnions