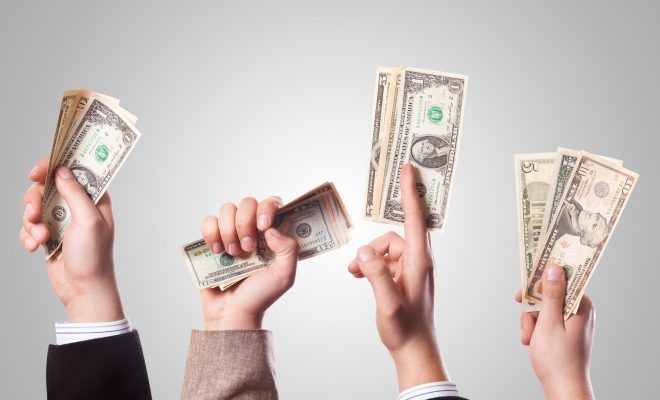 The Class of 2018 is having an exciting summer. They get to figure out which dorms they will live in, which intro classes they will take, and, most importantly, which loans they will take out to pay for the next four years. Meanwhile, the Class of 2014 is experiencing some discomfort as they figure out how exactly to pay for those loans they took out four summers ago. Student loans burden a reported 40 million Americans. Read on to learn all about how these people and their finances are impacted by politics.

What is a student loan?

A student loan is pretty self-explanatory. It is a type of loan specifically meant to pay for university tuition and all other costs associated with going to college. This can include books, computers, and housing. Student loans differ greatly from other types of loans. For example, federal student loans do not have to be paid back until graduation. People obtain student loans by filling out the Free Application for Federal Student Aid (FAFSA), a form that gives students access to all sorts of financial aid, including Pell Grants and Federal Work Study.

Who provides these student loans?

While some students obtain these loans from private banks, many of them obtain loans from the federal government. Federal loans are all backed and funded by the U.S. Department of Education (DOE), which means that the interest rate is often lower than those provided by a private bank.

What are some problems with the student loan system?

The big problem is that so many students need them. Twelve million students each year, 60 percent of all college students, pay some portion of their tuition with student loans. This is partly because college is more expensive than it used to be. Over the last 24 years, the average cost of in-state public college education rose by $5,470. And that’s just in-state public school. Tuition at some private institutions is staggering.

Interest rates used to be a problem. In previous years, the interest rate on student loans would be set permanently by Congress. However, these rates were set up so that, unless Congress reauthorized them, they would double. There was a fight to keep these rates low in 2012 and 2013. That’s why this weird clip from Late Night With Jimmy Fallon with Obama exists:

Congress quickly realized that going through this battle every year was not good for anyone. That’s why they passed the Bipartisan Student Loan Certainty Act of 2013. This law tied student loans to the 10-year Treasury note and locked in individual rates for life. This means that, while your own rate will never rise, the rates of future students will raise independent of action from Congress.

The bigger problem is that student loans have saddled 37 million graduates with serious debt. It takes years, sometimes decades, to pay off these loans. Worse, these debts have been steadily rising over the past few decades.

Why does it take so long to pay back student loans?

Simply put, graduates just aren’t very good at paying these loans back. Somewhere between a quarter and a third of borrowers are late on their payments. According to the Federal Reserve Bank of New York, 35 percent of American student loan borrowers were delinquent on payments in the third quarter of 2012. This local news broadcast called the situation an “economic crisis.”

Graduating students are also struggling to pay back these loans because they are entering an awful job market. For example, 6.7 percent of students who graduated in 2008 were still unemployed in 2012. How are these young people expected to start paying down this debt when they have little or no income?

Many graduates also do not know how to correctly pay these loans back. This advice column from The New York Times shows just how complicated paying back student loans can be.

If so many graduates cannot quickly pay off their debts, they may be left out of certain opportunities, like buying a house. Student loan debt is a drag on the economy.

PBS NewsHour has more on that issue here:

What assistance is available to those with student loan debt?

Not much. Some politicians are attempting to reform the system to help graduates (we’ll get to that later), but there are only a few ways the government can currently help.

Loan consolidation is one such option. This is when the government lets you combine all of your loans into one. Graduates who are having trouble paying off multiple loans consider this option so that they can only have one manageable monthly payment. There are also some instances in which debt holders can defer their payments on principle and interest. Find out if your student loan payments can be deferred here.

Private companies exist that offer to help lower monthly payments, but these companies have recently come under fire from federal and state regulators for using predatory practices and charging graduates hefty upfront fees for services that the DOE offers for free. Illinois has sued some of these companies and more states are likely to follow.

How is President Obama trying to fix student loans?

Obama has used his executive power to bypass Congress and expand the Pay As You Earn program. Pay As You Earn is a federal program that allows borrowers to cap their monthly payments at 10 percent of their income and forgives remaining debt after 20 years. This program was previously only available to new students. Obama expanded the program to a majority of loan holders, who can begin to take advantage of it in 2015.

Obama also supports the Bank on Students Emergency Loan Refinancing Act. This bill, introduced this May by Sen. Elizabeth Warren (D-MA), would allow those with outstanding debt to refinance their loans based on newer and lower interest rates.

What does Congress think about these reforms?

As noted in the last section, Democrats are on board with Warren’s plan. Every single Democratic Senator voted for the bill when it was brought to the Senate floor. This is most likely because it is a targeted demographic of the Democratic Party’s base — young adults — and that it is paid for by a tax that that has been a part of their platform for years.

Republicans in Congress are not a fan of Warren’s bill, mainly because it would be funded by the Buffett Rule. The Buffett Rule, proposed by Obama before the 2012 election, is a plan to tax millionaires so that they are not paying a lower share of their wealth in taxes compared to middle-class Americans. Even Senate Republicans, often seen as more moderate than House Republicans, rejected the bill, calling it a “political stunt.” Only three Republicans voted for the bill.

Sen. Marco Rubio (R-FL), a possible 2016 candidate, has introduced a bill that looks nearly identical to the Pay As You Earn program, but applies the same logic to every single student loan. It caps payments as a percentage of income and allows for debt forgiveness. However, while Pay As You Earn forgives all debt after 20 years, Rubio’s bill would only forgive that debt if it were less than $57,500. The debt would be forgiven in 30 years if it were any higher than that figure. Still, there is a lot of common ground between conservatives and Democrats. Common sense would dictate that this bill has a real chance of being passed.

Yet, as those who follow Congress know all too well, common sense rarely impacts Congressional results. The main obstacle for Rubio’s reform bill is that not all conservatives are the same. There are significant divisions in the Republican party on this issue. Many conservatives do not even believe that the federal government should be in the business of paying for young people to go to college. When asked about his vote against Warren’s bill, Senate Majority Leader Mitch McConnell (R-KY) stated that it is not Congress’ job to forgive “obligations that have been voluntarily incurred.” He also said “not everybody needs to go to Yale,” presumably arguing that students who cannot afford college should look for cheaper options instead of depending on the government. There are certainly cheaper options than Yale, such as for-profit college. McConnell believes that students should consider these less-expensive options before depending on the government.

How do Americans feel about student loan reform?

There has not been much polling done on the issue of student loan reform; however, one 2013 Public Policy Polling poll shows that all Americans are unsurprisingly unified on one issue: 83 percent of all Americans want Congress to either keep rates on student loans the way they are or lower them. This poll was taken back when rates could have potentially doubled, so it does not reflect feelings toward current reform packages, but it does show that the American people are in favor of Congress acting to keep interest rates low.

Americans are much more divided when it comes to opinions on the worthiness of their own loans. A poll by the National Foundation for Credit Counseling shows that, by a two-to-one margin, most Americans believe that their own student loan was worth the cost. However, most would not recommend taking out student loans to finance an education and some claimed they would not have taken a loan out if they were aware of how much it would cost them in the long run.

Congress would be wise to spend time on this issue, regardless of which reform plan they support. According to a Harvard University Institute of Politics poll, 57 percent of Millennials believe that student debt is a major problem. That concern is consistent across party lines. This statistic will likely keep the student loan issue on the Congressional agenda for quite some time.

Forbes: College Costs Out of Control

Huffington Post: How Millennials and Students Won a Massive Victory on Loan Rates

Huffington Post: Why the Student Loan Deal is Bad News for Students

Vox: 2008 Was a Terrible Year to Graduate College