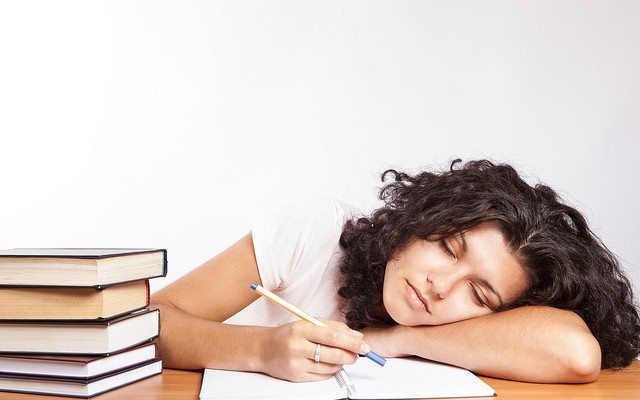 For the average American public high school student, school starts around 8:00am. When you factor in the fact that bus and/or driving transportation is required, the day can start much earlier for most students. Many people have argued that school should start later for growing adolescents. Read on to learn about the laws surrounding our educational start times, the debate about changing the times, and what factors are taken into account when planning a school’s first bell.

Why does school start so early?

There’s not actually a very good answer to this question. It’s partly tradition — school has always started early, possibly as a way to “train” students for the real world. There’s also the desire to make time for extracurriculars. A packed resume becomes more desirable for college applicants, so schools want to leave plenty of time in the afternoon for students to engage in sports, clubs, part-time jobs, and other activities. With regard to sports and other outdoor activities, schools want to leave enough time for students to be able to be outside before it gets too dark. There’s also the transportation argument — often school districts stagger when local levels of schools start so they don’t need to send out buses for elementary, middle, and high school students at the same time.

What would be the benefits to changing the start times?

It is no secret that during their first period of the day, high school students are often still mentally asleep, which creates problems involving both class participation and school tardiness. The University of Minnesota conducted a study when the Minneapolis Public School System changed the starting time of seven high schools from 7:15am to 8:40am. The study found that students benefited academically from gaining additional hours of sleep each week. Advocates of later morning bells argue that this shift would enable students and teachers to make more of the school day.

The National Highway Traffic Safety Administration conservatively estimates that 100,000 police-reported crashes are the direct result of driver fatigue each year. This results in an estimated 1,550 deaths, 71,000 injuries, and $12.5 billion in monetary losses. These figures may be the tip of the iceberg, since currently it is difficult to attribute crashes to sleepiness.

Additionally, according to the National Sleep Foundation, adults between 18-29 are more likely to get into accidents from driving drowsy. While there doesn’t appear to be statistics available for 16 and 17-year-old drivers, it’s safe to assume they’d be consistent with or worse than that of their slightly older counterparts. Allowing students to get more adequate nights of sleep would help prevent potentially dangerous accidents.

One of the most convincing arguments for why we might want to change the start times at the high school level is that they don’t work with the specific circadian rhythms of teenagers. According to doctors, when adolescents hit puberty, their bodies release melatonin later into the night than adults. This makes it very difficult for them to fall asleep, even if they go to bed early, and therefore harder to wake up first thing in the morning. In addition, teenagers need more sleep than adults, given that they are usually still growing. It’s estimated that a teenager needs about nine-and-a-half hours of sleep on any given night.

The American Academy of Pediatrics has recently started advocating for a school day that starts at 8:30am or later. The doctors explain that sleep deprivation can have very negative ramifications on students’ health. It’s unsurprisingly much harder to concentrate on school work and tests when you’re running on less sleep than your body needs to operate. But there are also lesser known consequences: lack of sleep among teenagers hasbeen linked to higher rates of depression, anxiety, and obesity.

What are the arguments against changing school start times?

Opponents acknowledge that current school schedules are out of sync with teenagers’ natural sleep cycles; however, many parents and administrators argue that these changes would bring about a number of problems, and therefore would not be worth the questionable academic benefits to their students.

As more students each year apply to colleges, extracurricular activities and sports have become vital in rounding out a student’s resume; however, if school starts and ends later, students will have less time for these extracurricular activities. Additionally, many students either have to watch younger siblings after school while their parents work or have after-school jobs themselves, both of which would become problematic if these students were to get out of school later. Busing would become a major problem, as well. Administrators have stated that it would be impossible to bus high school, middle school, and elementary students all at the same time, and they are unwilling to have elementary school children walking to school or waiting for the bus at 6:45 in the morning.

High school students driving to school later would often end up getting caught right in the middle of morning rush hour traffic, negating the decrease in the risk of accidents due to drowsy driving. Lastly, there are many who feel that if school were to start later, students would simply use that as an excuse to go to bed late. Oponents instead argue that it is the parent’s jobs to strictly enforce curfews to ensure that their children get adequate sleep in preparation of their early schedules, and that students need to learn to get up early before entering the real world.

What else can be done to help students get more sleep?

While it seems like schools are starting to consider later start times, and more and more doctors are advocating for these changes, we probably won’t be seeing changes anytime soon. There are a lot of logistical, financial, and policy issues that need to be untangled before schools shift start times dramatically. In the mean time, doctors recommend that students attempt to get the appropriate amount of sleep whenever possible, and that their parents help as much as they can.

One big recommendation deals with the increasingly common use of electronics before bed time. As Children’s Hospital pediatrician Mary Palmer points out:

As society has moved along, now we have things that keep us awake after the sun goes down. You have to have a time to process and decompress and if you’re still multitasking, which most of our electronics have us doing. I mean, we’re going from email to Twitter and there’s just so many inputs, so you have to have less distractors.

While adolescents’ Circadian rhythms may be different than those of adults, it’s still important to listen to advice like Palmer’s. Steps can be taken that make it easier for students to fall asleep at times that will give them the appropriate amount of shut-eye before school starts in the morning. While many schools are still working their way through instituting later start times for high school students, this advice is especially valuable.

Fairfax County School Board: Goal to Start High Schools After 8:00AM

The New York Times: Are You Up Yet?

mLive: Why Do High School Kids Go to School So Early? Because That’s the Way it’s Always Been

Joseph Palmisano
Joseph Palmisano is a graduate of The College of New Jersey with a degree in History and Education. He has a background in historical preservation, public education, freelance writing, and business. While currently employed as an insurance underwriter, he maintains an interest in environmental and educational reform. Contact Joseph at staff@LawStreetMedia.com.
Share:
Related ItemsAdolescentsAfter-School jobsCircadian RhythmCollege ApplicationsDrivingDriving DrowsyExtracurricularsGrowthHealthHigh SchoolHouse Resolution 135ResumeSchool Start TimesSleepSportsTeen DrivingTeenagersZoe Lofgren