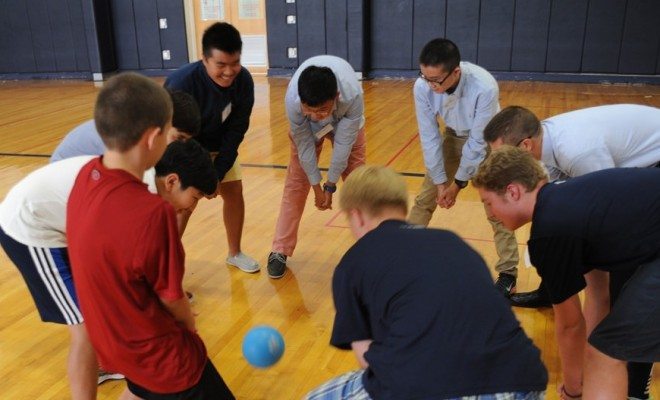 At a time when the media is full of references to rising levels of childhood obesity and Diabetes, the debate over mandating physical education classes in elementary, middle, and high schools is a particularly passionate one for many teachers, parents, doctors, and students. But is mandatory physical education helpful, harmful, or a mixture of both?

Across the country, only one quarter of youths are engaging in physical activity for at least an hour a day: that means that three quarters of surveyed young people in the U.S. are arguably at increased risk for various health impairments often associated with weight gain and/or inactivity such as Diabetes and heart disease.

Whether it’s because of long commutes to school, piles of extra homework due to high-stakes testing, race- and class-based inaccessibility to play spaces, or the rise in mobile devices that keep many young people stationary, physical activity is often not prioritized for youths.

Schools are often not helping with this problem, as most schools across the country do not adhere to National Association of Sports and Physical Education standards that school children should participate in 150 minutes of physical education per week.

Advocates of mandatory PE in schools often argue that because school is where most young people spend the overwhelming majority of their time, a lack of gym requirements, combined with increasing restrictions on or complete eliminations of recess time, can be devastating for young people’s health. Proponents argue that schools should require PE classes not only for the present fitness benefits, but for the formation of long-term fitness habits.

The goal, for better and for worse, of much of the U.S. education system currently is to channel many students into jobs that will be stationary: jobs that require us to sit at our desks all day, every day. This is similar to being in school: in this work structure, time must be set aside for physical activity. Getting young people into this habit of going out of their way to exercise each day can help them form routines that will assist with avoiding some of the health risks of remaining stationary for so long.

This is especially important because as young people age, they become less physically active, especially if they enter the nine-to-five workforce. Additionally, young people usually have less independence than adults; while it is an option for an adult with a full-time job to go to the gym either before or after work, young people usually don’t have the same option. Therefore, setting aside mandatory time for them to move around while they are in school is arguably an excellent–and one of the only–options to provide students with access to physical fitness.

In addition to the importance of habit formation and access to spaces where healthy levels of activity are encouraged, mandatory PE is often touted as being emotionally and mentally healthy for young people. Exercise is known to reduce stress and anxiety, and especially when anxiety-inducing high-stakes testing is part of most students’ lives, making the time for PE classes can help reduce this stress, and go a long way toward improving the lives of students.

Not All Gym Classes Are Created Equal

Despite the acknowledged benefits of exercise itself, many argue against PE requirements in schools. Students themselves often bristle at the requirements–according to a major study of PE programs across the country conducted by Cornell University, most students believe that gym classes are ineffective.

Cathy Brewton of the Florida Department of Health surveyed students across five counties in her state and found that:

The reasons [the students] didn’t exercise in school was because they didn’t like getting dressed, getting sweaty during the day, and their classes were over-capacitated… Kids said if they were going to do phys ed, they wanted to do something fun.

And surely not all students have fun when the rest of their class is playing basketball. For example, many students in mandatory PE classes spend most of their time standing or sitting on the sidelines while more traditionally athletic students play. Not only does this exclude many students, but it illustrates that, even when PE classes are required, fitness goals are not being met for all or even most students.

Critics say that academic goals, too, are sidelined by mandatory PE classes. Mark Terry, the president of the National Association of Elementary School Principles, argues that while public school budgets are tightening to begin with, there are many impossible choices that must be made when choosing to require PE classes. He asks,

Furthermore, many students–even when PE is required–simply do not exercise during the classes, and many are in fact actively discouraged from doing so by mandatory PE classes, particularly through bullying.

Public school teacher Jim Dilmon, who has Aspergers, has written of his experience with gym classes that,

He goes on to enumerate and explain many useful strategies that PE teachers can use to make gym classes better and more effective spaces for students on the spectrum.

Short of implementing these recommendations and making curricula overall more accommodating to all students, PE classes may very well increase the stress and anxiety levels (not to mention decrease the physical activity levels) of many students. Even though, as mentioned above, exercise is known to reduce stress and anxiety, the setting of PE classes often induces anxiety for many students. The most basic Google search of “gym class anxiety” will reveal a plethora of cries for help from students and parents alike who make it clear that the stress and anxiety that accompanies mandatory gym classes can be extremely debilitating.

Students who experience this anxiety are often subjected to bullying during PE class. Students who endure maltreatment in their gym classes are shown to stop many forms of physical activity in the long term. LGBTQ students are especially prone to be targeted for bullying–most LGBTQ students report being bullied in PE classes–as are students considered to be overweight and/or dis/abled.

It is not just cruel children who are responsible for this bullying and anxiety, however: there is a larger structure at play in advocacy for mandatory gym classes that values thin, able-bodied, gender-conforming students over those who do not conform to societal standards. By placing such an emphasis on certain kinds of physical abilities and weight loss, mandatory PE increases the anxiety, stress, and feelings of extreme guilt and failure that often accompany the emphasis on obtaining a certain kind of body.

Even if mandatory PE classes did not risk harming many students, critics argue that emphasizing PE classes as a means to “fight obesity” is completely missing the point.

Schools are struggling for resources as it is, and schools in impoverished areas–often in neighborhoods of color–are struggling more than others. It is precisely in these neighborhoods that young people are more likely to be subjected to the impacts of environmental racism that cause many health problems. That raises the question: would focusing on these structural problems of access be more effective than focusing on symptoms (by mandating physical education classes) rather than causes (which include massive food and diet corporations profiting off of each other)?

Another crucial question about structure relates to intra-school dynamics: would freeing children from being forced to be still at desks all day–changing the structure of education to be itself more holistically active–go a longer way toward encouraging activity than setting aside a half hour to an hour for specific kinds of activity every other day? Perhaps, but there’s no way to know for certain.

As with everything in education, the answer depends on both the individual students and their circumstances. Overall, it seems that both critics and proponents of mandatory physical education classes agree that in order to be effective, existing PE classes need to exist in the context of broader changes and revamp their curricula to reach more students without alienating those who are often harmed by current PE class structures.

Time: Couch Culture: Only a Quarter of U.S. Youth Get Recommended Excercise

Education.com: Physical Education is Critical to a Complete Education

Time: The Older Kids Get, the Less They Move

NBC News: So Just How Bad is Your Child’s Gym Class?

Jezebel: Being the Last One Picked in Gym Class Really Messes You Up

Guardian: Fat Profits: How the Food Industry Cashed in on Obesity

Jennifer Polish
Jennifer Polish is an English PhD student at the CUNY Graduate Center in NYC, where she studies non/human animals and the racialization of dis/ability in young adult literature. When she’s not yelling at the computer because Netflix is loading too slowly, she is editing her novel, doing activist-y things, running, or giving the computer a break and yelling at books instead. Contact Jennifer at staff@LawStreetMedia.com.
Share:
Related ItemsBullyingDietEarly Childhood EducationEducationGymHealthcareHigh SchoolLGBT BullyingPhysical Education