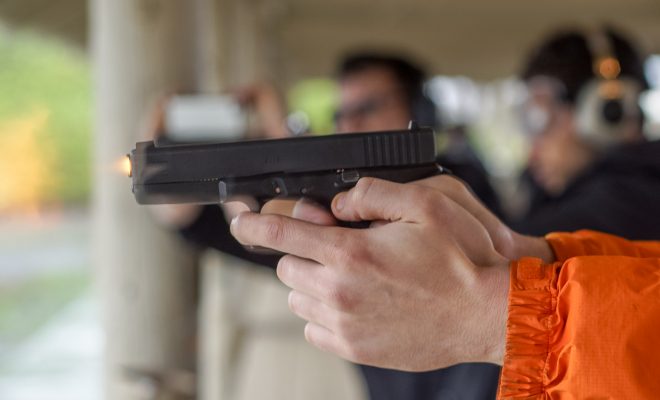 A chilling new public service announcement reveals how devastatingly easy it is to overlook the warning signs of gun violence.

The eye-opening two and a half minute video was produced by Sandy Hook Promise, a nonprofit group founded by the families of Sandy Hook victims, as part of its “Know the Signs” campaign.

In the wake of the Sandy Hook Elementary School massacre in Newtown, Connecticut, the group formed with the intent to “honor all victims of gun violence by turning our tragedy into a moment of transformation by providing programs and practices that protect children and prevent the senseless, tragic loss of life.”

When you don’t know what to look for, or can’t recognize what you are seeing, it can be easy to miss warning signs or dismiss them as unimportant. That can lead to tragic consequences.

3. Perpetrators of self-harm or violence towards others may be victims of prolonged bullying and may also have real of perceived feelings of being picked on or persecuted by others.

4. These students also usually study firearm techniques and training, and are equally fascinated by mass shootings.

5. School shooters almost always have unsupervised, illegal or easy access to firearms, and often brag about such access.

6. One should also look for gestures of violence and low commitment or aspirations towards school, or a sudden change in academic performance.

Sandy Hook Promise states that 80 percent of school shooters and 70 percent of individuals who committed suicide told someone of their violent plans prior to taking action—yet nobody intervened.

“It is important for us to show youth and adults that they are not helpless in protecting their community from gun violence—these acts are preventable when you know the signs. Everyone has the power to intervene and get help. These actions can save lives, ” added Hockley.

Bryan White
Bryan is an editorial intern at Law Street Media from Stratford, NJ. He is a sophomore at American University, pursuing a Bachelor’s degree in Broadcast Journalism. When he is not reading up on the news, you can find him curled up with an iced chai and a good book. Contact Bryan at BWhite@LawStreetMedia.com.
Share:
Related ItemsAdam LanzaConnecticutNewtownSandy Hook ElementarySandy Hook PromiseSchool Shooting