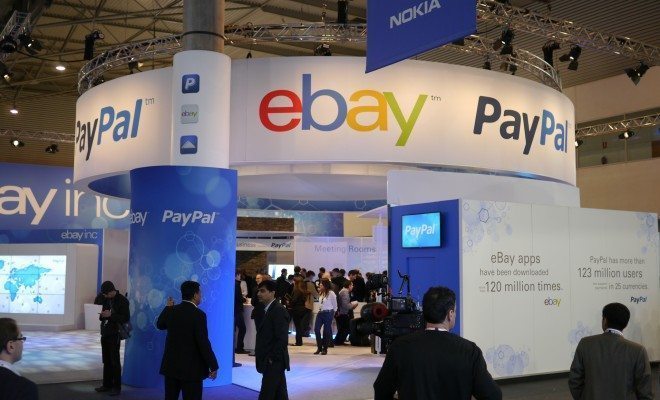 Use PayPal’s Bill Me Later? You Might Get a Refund Due to Shady Practices

Chances are that if you buy merchandise online, you have probably made a PayPal account to streamline the process. Whether you just use it to pay for your iTunes purchases or to feed your late night Amazon habit, it can make your online shopping a little easier to handle.

PayPal is an online platform that allows users to connect their credit card or bank account information so that they don’t need to have their credit cards handy for purchases. Many online retailers allow users to sign in through PayPal. The online service also has its own credit card, which is at the center of a current controversy. Read on to learn about the controversy, what laws PayPal may have broken, and what’s next for the financial giant.

The Consumer Financial Protection Bureau recently filed a $25 million lawsuit in a Maryland district court against PayPal for deceptive practices; in particular, deceptive practices relating to the PayPal credit card. This agency’s main purpose is to “make markets for consumer financial products and services work for Americans–whether they are applying for a mortgage, choosing among credit cards, or using any number of other consumer financial products.”

Complaints against the company aren’t exactly new. In fact, there are multiple websites, such as aboutpaypal.org and paypalsucks.com, that detail many of the problems that people have with the company; however, many of those complaints have to do with customer service issues or confusion. The complaints at hand are a little more serious: as detailed in the CFPB suit, the complaint includes the following six counts:

You may not even be safe if you only used PayPal to pay for things online or have some funds in there from online payments. According to CBS Money Watch, PayPal actually signed up many users for credit cards without letting them know or sending them a physical card–meaning that many people didn’t even know that they were actually charging to a credit card, because they didn’t know they had one.

The result was an abundance of charges for users, particularly charges that were sometimes just taken out of the funds they had loaded into the website. Some consumers were also hit with overage fines and interest charges.

Why it Was Wrong

While all of the counts are bad enough to warrant a dispute, number five is particularly abhorrent. In fact, the CFPB described the conduct as “abusive” in its report. However there was some debate over that–the National Law Journal reports on the difficulty:

In its complaint, the agency listed six charges against PayPal, including one that details the conduct the CFPB said was ‘abusive.’ The agency has declined to define abusive conduct—a standard that’s apart from long-established consumer protection terms ‘unfair’ and ‘deceptive’—through any regulation.

Instead, the CFPB is laying out what it means one enforcement action at a time. For lawyers and their clients, and even members of Congress, understanding the parameters of abusive practices has been unsettling.

‘How can companies comply with this law?’ Rep. Sean Duffy, R-Wisconsin, asked at a 2012 oversight hearing, calling it ‘a subjective standard with no bright line.’

What happened to customers really depended on when they signed up–or were signed up–for a credit card. A customer with a PayPal card could have two balances: one for the card that was free from interest and another that had an interest-accruing balance. Customers were told they could decide what payments went where, but that was not true. They were also lied to about the minimum payment due–and attempts to talk to customer service often resulted in the age old “we are experiencing an unusually large call volume” message.

What Rules Do Credit Card Companies Have to Follow?

There are several laws in place that help protect consumers from being taken advantage of with their credit cards. These laws are part of the reason that the Consumer Financial Protection Bureau even found the problem with PayPal. In 2010, President Obama signed something called the Credit CARD Act, also referred to as the Credit Cardholders Bill of Rights. According to the CFPB, the law has two key purposes:

Fairness – Prohibit certain practices that are unfair or abusive such as hiking up the rate on an existing balance or allowing a consumer to go overlimit and then imposing an overlimit fee.

Transparency – Make the rates and fees on credit cards more transparent so consumers can understand how much they are paying for their credit card and can compare different cards.

That is the law that this particular case focused on, but there are a few other laws that credit card companies have to follow that illustrate the issues with PayPal’s deception.

When you go to get a credit card or a loan from your bank, you are immediately on an uneven playfield. The Truth in Lending Act is supposed to shield you from unfair lending practices. This means that a bank or credit card company has to tell you orally and in plain written language the terms, interest rate, and any other hidden fees.

This law kicks in once you have a credit card and protects you against inaccurate billing. If you meet predetermined guidelines, this act limits your financial responsibility for unauthorized charges up to $50. It also assures that you don’t have to pay for merchandise you ordered but never received, goods and services you didn’t accept, and double charges.

Credit companies, lenders, and banks report your credit activity to the credit bureaus. The Fair Credit Reporting Act, most recently changed in 2003, ensures that your information is correct. It gives you the right to dispute inaccuracies and to access your credit score and file. This law also protects who can see your credit file. The only people who have access are those with need: a creditor, a landlord, an insurer, or a prospective employer.

What Can Those Affected Do Now?

For its part, PayPal (and parent company EBay) now seems to be remorseful over the situation, and in an email to Bloomberg, a spokesperson for the company seemed hopeful that it would take care of everything and make it right:

‘We continually improve our products and enhance our communications to ensure a superior customer experience,’ Miller said in an e-mail. ‘Our focus is on ease of use, clarity and providing high-quality products that are useful to consumers and are in compliance with applicable laws.’

As for those who have been affected, $15 million will go right back into their pockets. PayPal is said to be sending out emails in the coming weeks to customers who qualify for reimbursement. There is also going to be a $10 million fine against the company.

At the end of the day, we have all signed up for things and haven’t read the fine print. However, it is a lot more difficult to read something when you don’t even know it applies to you. PayPal received a pretty hefty slap on the wrist, and the hope is that other credit card companies and money lenders see this and change some of their shady business practices.

U.S. Department of the Treasury: Truth in Lending Act

USA Today: PayPal to Pay $25M in Refunds and Penalties