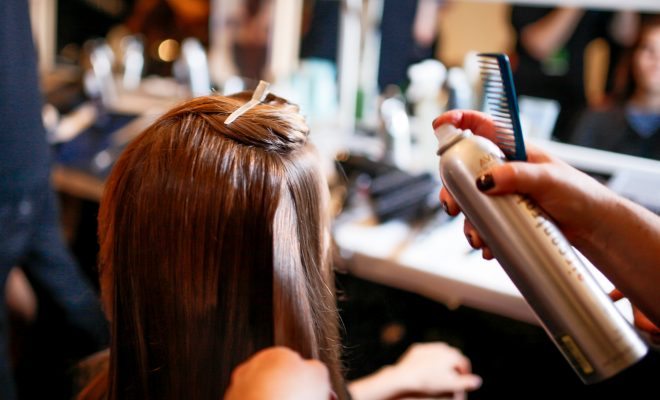 Have Occupational Licensing Laws Gotten Out Of Control?

Back in the day, entering into a profession could be very challenging for newcomers. This was particularly true in European countries during the Middle Ages when each profession developed its own organization for members to mutually assist each other and control entrance into the field. These organizations were called guilds and functioned as part union/part cartel. Those lucky enough to belong to a guild reaped benefits like a pension for his family and networking opportunities. This also regulated the quality of the services the profession had in a given locality, which benefitted consumers. For people who wanted to become part of a profession but were not born into a family that held a spot or were otherwise well-connected, guilds functioned as a barrier to entry. This kept competition tightly controlled and promoted the interests of existing members at the expense of customers and those seeking entry.

Today there are many professions that require licenses and testing in order to gain entry–most of us are familiar with the licensing requirements for doctors and lawyers. Take an example I’m intimately familiar with–there are many hurdles to jump through in order to become an attorney. First law school, which can carry a hefty price tag. You then need to take an ethics exam and the bar exam if you would like to practice. The fees for these exams, if you count a review course as part of the cost, can be thousands of dollars. After that, you have to pay for the license, which varies by state, and bar dues, which also vary. The license also doesn’t easily transfer from one state to another. So if you wanted to join the bar in a new state and you haven’t been practicing for a number of years, you would have to take the bar exam again and pay the fees to enter into that state’s bar. For many, the cost of getting licensed in multiple states is prohibitively expensive.

The rationale behind occupational licensing is to control the quality of the services for the customer. With the medical profession, this argument is particularly compelling because of the amount of knowledge required to practice medicine safely and the nature of the risks involved. Consumers can’t really comparison shop for a doctor the same way they can for other services so it is critically important that all doctors have a minimum level of competency. And since other doctors are the only ones who would know if a doctor is competent or not, the medical profession to a large extent controls entry and polices itself. The same is true of many other professions.

But the argument in favor of occupational licensing requirements and regulations, made in the name of consumer safety, makes less sense for some other professions. It may take years of training to become a good interior designer but it probably does not require multiple years of training, multiple exams, and licensing fees to become a safe one. And in an aesthetically based profession like interior design, customers are very well suited to comparison shop for what they want and bargain for less than ideal services at a better price if they choose to. For some of these professions, licensing laws may be functioning not to keep customers safe but to protect profits of the profession’s existing members.

According to a White House paper, there has been a dramatic increase in the number of professions that now require some form of licensing. About one-quarter of all workers in the United States now need a license to practice their trade, which is a five-fold increase from the 1950s. But this increase isn’t because Americans are working in different professions than they used to–rather, more fields are now requiring licenses.

The video below should be taken with several grains of salt, as it is designed to advocate against occupational licensing requirements, but it provides a good framework for the kinds of professions that now need licenses.

Licensing requirements for many professions can have a significant impact on the people seeking to join them. If you want to be a security guard, for example, it matters a great deal which state you are looking for work in. If you live in Michigan, it will take you three years to obtain your license while in other states it will only take you 11 days. For people that move across state lines–take military families, for example–they need to meet the licensing requirements in their new state, which can cost them time and money. As this video from John Stossel suggests, licensing requirements may also price out minorities and the poor from entering professions that require a license and are not always tied to protecting consumer safety.

These regulations can also depress wages for the workers who are not part of the profession and increase the cost of services to consumers. The White House paper cited earlier estimates a 10 to 15 percent decrease in wages and a 3 to 16 percent increase in pricing. This increase in pricing does not necessarily correlate with an increase in safety or the quality of the services. The fact that many of these licensing requirements do not necessarily have a positive impact on services is one of the strongest arguments for eliminating or reevaluating certain licenses.

Why Do We Have Occupational Licensing?

If these licensing requirements are not promoting safety and controlling quality, why do we have so many of them? Take a look at this explanation:

In the case of the medical profession and other professions that really do present safety concerns, these licensing requirements can be beneficial for consumers. Most people do not have the expertise to evaluate whether an electrician is safely performing the work in their home or if it has been done well. The ability to research a company on the internet before you employ its services gives you access to its reputation, but it is still helpful for people looking to hire an electrician to know that the candidates have had some training. It allows a consumer to be confident in the electrician’s ability to safely provide the service.

But for a profession like hair braiding, the consumer’s ability to assess the quality of the services and its safety is very high. You can immediately determine if you are pleased with the quality and there is very minimal risk to your safety. Any risk is probably one that a consumer would be able to identify and avoid. And in an industry like this, the ability to find out a professional’s reputation for quality and safety on the internet or elsewhere beforehand can eliminate a lot of providers who give poor service.

Many of these licensing requirements are not related to consumer safety or the quality of services but to the advocacy power of the professions that require licenses. As Milton Friedman points out in his speech, the best way for the profession to keep the cost of their services high is by limiting the number of people providing those services. By creating laws that fine individuals operating without a license, the cost of providing that service may be too high for outside competitors. This lack of competition protects the existing companies. It is often the professional associations who lobby to have these licenses imposed and fight efforts to take them away, not consumers.

In some cases, members of a profession are the best-qualified people to determine if another practitioner is performing the work safely. Using the medical profession once again as an example, in cases that are highly technical (such as a surgical procedure) it would be difficult for someone without medical training to figure out if the procedure was done negligently or not. For this reason, doctors often work as expert witnesses when they review themselves or in court. A lay person just would not have the knowledge to make those determinations.

Because of this, members of the profession are given considerable leeway to determine the requirements to obtain a license. The professional associations in each state lobby for the regulations that they think are necessary and may even help legislators craft the language of licensing requirements, or take charge of them entirely. This gives the professions a tremendous amount of control over their industries. It is also one reason why licensing requirements vary widely across different states. It isn’t that the process of braiding hair is much more dangerous in states where licensing is required than it is in states where it is not; it is because the states that require licensing have a more concerted effort by existing hair-braiders to impose and maintain a licensing requirement.

Some occupational licenses make a lot of sense to have. Professions where safety is an important concern and where it is difficult for consumers to judge the competency of the people they are hiring are ones that should have a base requirement for those entering the profession. But many of the professions that require licenses are ones in which those licenses do not protect consumers. Instead, they protect the members of that profession from more competition at the expense of job seekers and at a cost to the public. Licenses that are not tied to consumer safety should be reevaluated in order to ensure that they are necessary and that their purpose is to promote safety and quality.

For example, a license for a cosmetologist that requires 2,000 hours of training has probably exceeded whatever legitimate safety concerns may exist in the field. The same goal of promoting consumer safety could perhaps be met with a much less onerous requirement–such as a shorter certification process that focuses just on hygiene and safety practices. Licensing fees that are paid to state professional associations but are not payments for the costs of classes and tests could also be eliminated without adversely affecting public safety.

Reevaluating these licenses and eliminating the ones that do not benefit consumers will create new opportunities for workers to enter professions and for entrepreneurs to start businesses. It would also decrease the prices consumers face for many services. If there are safety concerns in an industry that do require regulation they should be dealt with, but many of these licenses and requirements could likely be eliminated or reduced without reducing consumer safety.

The Institute for Justice: License to Work

FiveThirtyEight: Licensing Laws Are Shutting Young People Out of the Job Market

Bureau of Labor Statistics: The De-Licensing of Occupations In the United States

Politico: It Takes 890 Days to Become a Barber in Nevada

Mary Kate Leahy
Mary Kate Leahy (@marykate_leahy) has a J.D. from William and Mary and a Bachelor’s in Political Science from Manhattanville College. She is also a proud graduate of Woodlands Academy of the Sacred Heart. She enjoys spending her time with her kuvasz, Finn, and tackling a never-ending list of projects. Contact Mary Kate at staff@LawStreetMedia.com
Share:
Related ItemsBusiness AssociationsCertificationsLobbyingOccupational LicensingRegulationState Laws