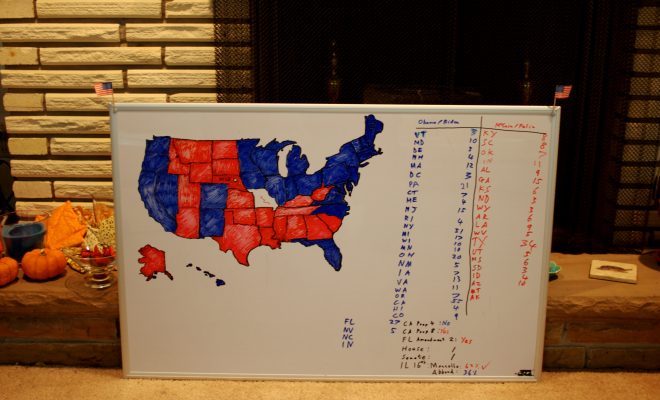 What Is “Vote Trading?”

Enter “vote trading,” a practice which allows voters in swing states who are not a strong proponent of either candidate to vote third-party without feeling like their vote is wasted.

It goes like this: say a voter in Virginia, a swing state, does not want to vote for Clinton, and instead prefers a third party candidate such as Jill Stein. However, they do not want to make it easier for Trump to win by taking away a potential vote from Clinton. That individual can reach out to a Clinton supporter in a heavily blue state, such as California, and make an agreement to “swap” so that the Californian votes for Stein and the Virginian votes for Clinton without worrying about contributing to a Trump win in the state.

According to Vox, this practice first came about in the 2000 election, when voter trading websites popped up to help Nader supporters in swing states make sure that their third-party vote didn’t help Bush get elected. This time around, the #NeverTrump app is an attractive option for voters who refuse to vote for Clinton but also fear a Trump victory. The app claims that it “matches Hillary voters in blue states with third-party voters in swing states to help them trade votes.” It also allows users to chat with their matches before agreeing to trade, helping to increase trust (although there’s no way to completely ensure that both parties will follow through on their agreement).

It’s not too surprising that this practice is making a comeback during this election cycle, in which both candidates have favorability ratings of under 50 percent. It is clear that there are a large swath of voters that do not feel that they can vote for either candidate in good conscience, but still want to avoid a worst-case scenario of a Trump presidency.

And yes, vote trading is legal: as this New York Times op-ed explains, a ruling after the 2000 election declared this practice permissible as “constitutionally protected speech and conduct.”

For voters that are particularly uninspired by this year’s major party candidates, vote trading might actually be an option to consider.

Mariam Jaffery
Mariam was an Executive Assistant at Law Street Media and a native of Northern Virginia. She has a B.A. in International Affairs with a minor in Business Administration from George Washington University. Contact Mariam at mjaffery@lawstreetmedia.com.
Share:
Related Items#NeverTrumpClintonDonald TrumpElections 2016Hillary ClintonThird PartyTrumpvote tradingVoting