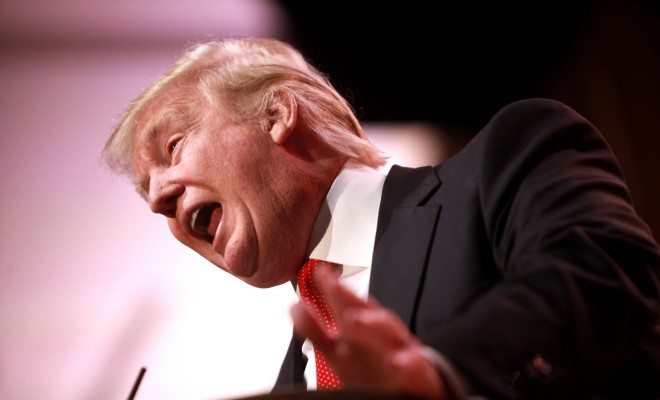 Donald Trump may have received a bizarre endorsement from Sarah Palin earlier this week, but now he’s receiving a lot of “anti-endorsements” as well. A number of prominent American voices, including celebrities, academics, and activists have joined together to help defeat Trump as he attempts to win the Republican Party’s 2016 presidential nomination.

We believe Trump is a grave threat to democracy, freedom, human rights, equality, and the welfare of our country and all our people.

We have witnessed Trump inciting hatred against Muslims, immigrants, women, the disabled. We have seen him evidencing dangerous tendencies that threaten the bedrock of democracy: unleashing a lynch mob mentality against protestors, calling for the expulsion of Muslims from the country, bullying, and fear-mongering.

History has shown us what happens when people refuse to stand against hate-filled leaders.

We pledge ourselves to speak out in every way possible against the politics of hate and exclusion he represents.

The star-studded cohort that is backing the petition collectively has a pretty large microphone, and the campaign has generated plenty of buzz since it launched yesterday. In addition to criticizing Trump’s consistently racist, xenophobic, and sexist statements, the movement also appears to be critical of the media’s willingness to cover Trump’s latest outrageous remark without real criticism. Liza Donnelley, a cartoonist for the New Yorker, has also lent her talented pen to the movement, and has created some Dump Trump-inspired cartoons for the movement–her work criticizes both Trump, and also that cyclical media coverage.

The celebrities, activists, and others lending their names and voices to the Stop Hate Dump Trump movement collectively have a pretty large microphone–it’s admirable that they’re using it for a worthy cause. As we get closer and closer to the Iowa caucuses and New Hampshire primary, we’ll have to see if they’re able to make any dent in Trump’s poll numbers.