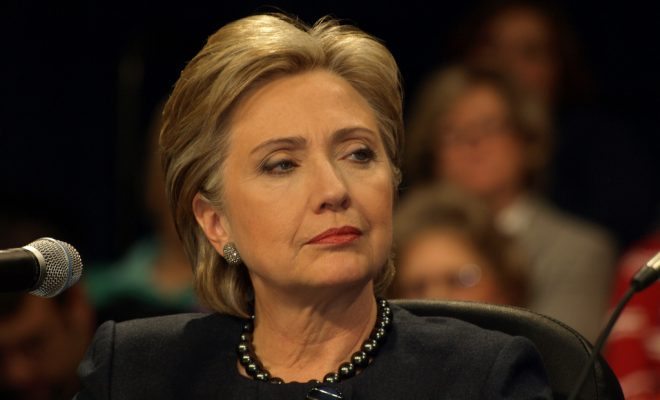 State Department to Withhold Some Clinton Emails Until After Election

The Trans-Pacific Partnership (TPP) and Hillary Clinton’s email scandal: both issues have lingered in the media and on the minds of voters for the duration of this presidential campaign. These two controversial topics intersected recently, when the State Department announced that Clinton’s TPP related emails will not be ready for public release until late November, well after votes are in and a new president is elected.

TPP is a 12-nation trade deal involving partners from the Americas and Asia–Canada, Japan, New Zealand, Australia along with America and seven others–that is currently stalled in Congress, with friction coming from both sides of the aisle. The Obama Administration has been pushing hard for the deal. It’s also proved a contentious issue in the 2016 presidential campaign, as Bernie Sanders and Donald Trump–two men who often decry trade deals’ impact on the middle class American worker–have paraded the TPP as detrimental to those who have been hurt in the past by trade. Clinton’s history with TPP is a roller-coaster ride of support and opposition.

During her tenure as secretary of state, Clinton voiced support for the controversial trade bill on 45 separate occasions, at one point in 2012 saying: “This TPP sets the gold standard in trade agreements to open free, transparent, fair trade, the kind of environment that has the rule of law and a level playing field.”  But Clinton reversed course in October 2015, saying in an interview with PBS that she “did not work on TPP” and that she was “not in favor of what [she had] learned about it.” Analysts and opponents saw this as a forced move to the left in reaction to the rejection of the TPP by Bernie Sanders and Elizabeth Warren and the support that their positions drew from progressives.

At an event at The Brookings Institution–a think tank in Washington D.C.–last week, U.S. Secretary of Commerce Penny Pritzker and a Senior Brookings Fellow Robert Kagan discussed the tenets of the plan, its strategic importance to U.S. foreign policy, and how it has been used as a policy point by candidates.

“It’s unfortunate that in this campaign Clinton has had to come out against TPP because presumably she’s going to have to reverse herself on that and explain why,” Kagan said in front of a room of foreign business leaders.

Pritzker reiterated the trade deal’s strategic importance regarding American influence on the world economic stage. “It’s about whose going to set the rules of the road for trade in the 21st century,” she said. “That means setting labor standards, setting environmental standards, ensuring access for e-commerce. It means protecting IP and trade secrets, or strengthening national security.”

Initially, the State Department said Clinton’s TPP related emails were going to be released–per a FOIA request from the International Business Times–in the spring. And although some of the emails have been released,  they do not provide a comprehensive picture regarding Clinton’s role in shaping the agreement, which is what IBT was originally after. Simple State Department requests require an average of 111 days to process. If completed by the last day of November, as the State Department claims, the duration of this request would span 489 days.

“In my opinion it is more incompetence than maliciousness, but either way, it is a gross error by FOIA processors to not get these documents out before the election,” said Nate Jones of the National Security Archive, a group that assists journalists in filing FOIA requests.

Alec Siegel
Alec Siegel is a staff writer at Law Street Media. When he’s not working at Law Street he’s either cooking a mediocre tofu dish or enjoying a run in the woods. His passions include: gooey chocolate chips, black coffee, mountains, the Animal Kingdom in general, and John Lennon. Baklava is his achilles heel. Contact Alec at ASiegel@LawStreetMedia.com.
Share:
Related ItemsBernie SandersClintonElizabeth WarrenEmailsSecretary of StateState DepartmentTPP