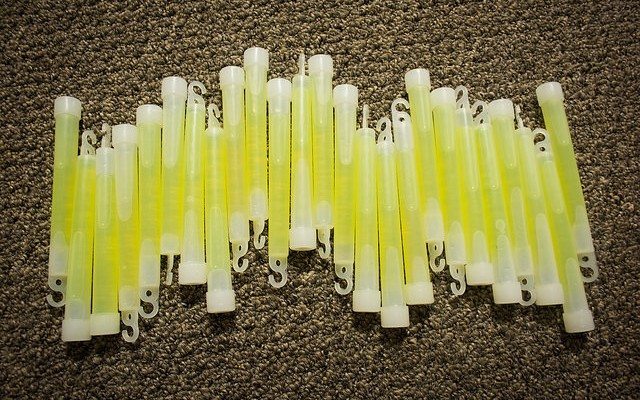 Someone May Be Trying to Blow Up Berniebros

If you see a recipe floating around the internet for DIY Bernie Sanders’ themed glowsticks do not follow it.

I repeat DO NOT FOLLOW IT….unless you really want to feel the  burn!

Turns out, this crafty supporter swag’s “how to”  is actually a step by step recipe for a homemade chlorine bomb.

The instructions require you to mix crushed chlorinated swimming pool tablets with isopropyl alcohol, and then shake the ingredients inside a tightly closed bottle. The chemical reaction causes a rapid increase of chlorine gas to build up inside of the pressurized bottle, resulting in a small explosion.

The video above appears to demonstrate the reaction using a plastic bottle that is approximately 300ml. The actual Bernie glowsticks post gives instructions for how to make a 2-liter bomb. Take a look at the gif below made by Mic News from this clip to see what a 3-liter chlorine bomb can actually do.

The explosion alone is potentially very dangerous, especially if the device combusts while in an individual’s hand. Additionally, there are also negative side effects associated with chlorine gas exposure. According to the CDC, chlorine gas can cause burning pain, nausea and vomiting, difficulty breathing, and in extreme cases, pulmonary edema (fluid in the lungs.)

The origins of the meme are unclear, but it has been posted onto the subreddit r/killthosewhodisagree under the thread “Let’s Trick Sanders Supporters into Killing Themselves.”  So Sanders supporters, you may want to stick to buying glow sticks in the store for now.

Alexis Evans
Alexis Evans is an Assistant Editor at Law Street and a Buckeye State native. She has a Bachelor’s Degree in Journalism and a minor in Business from Ohio University. Contact Alexis at aevans@LawStreetMedia.com.
Share:
Related ItemsBernie SandersChlorine BombsGlowsticks