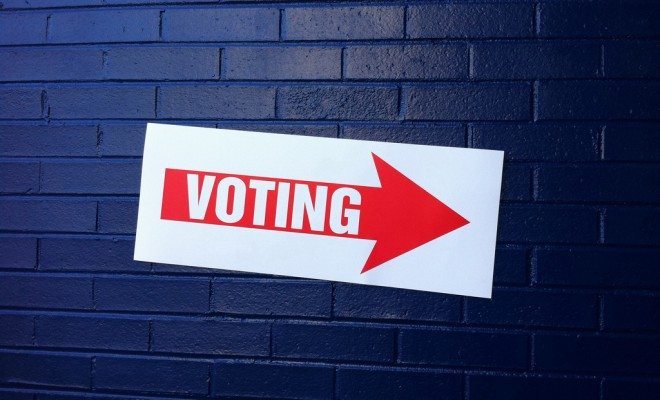 Let’s Face it, the U.S. Primary System is Ridiculous

While New York voters were casting their ballots in the state’s primary on Tuesday, many Bernie Sanders supporters were hoping for a last-minute court intervention to open up the primary after a series of registration issues. While the challenge focused largely on issues with registration records, many voters were upset by the rules surrounding the state’s closed primary. When many independent voters realized that in order to vote in the Democratic primary they had to have already re-registered with the Democratic Party back in October, many were understandably upset.

Voters in New York and across the country have started to feel increasingly disenfranchised as the campaign reveals some of the weirder aspects of the American primary system. But the more you look at the way we nominate candidates in the United States, it becomes clear that the bizarre and varying campaign rules make very little sense.

Between delegate allocation that ranges from proportional to winner-take-all, superdelegates, open and closed primaries, caucuses, the outsized influence of states like Iowa and New Hampshire, and the possibility of brokered conventions, the primary process is unnecessarily complex and in some ways, undemocratic.

While most people view the primaries and caucuses as a series of state-wide elections where voters go to the polls and pick their respective party’s nominee, the reality is much, much more complicated. Primaries are a race for delegates, which are allocated by state but do not always live up to the democratic vision of elections that most have. Complexity in the primary system makes the process unnecessarily confusing, and tends to give a greater voice to the parties than to the actual voters.

Neil Irwin at the New York Times made a laudable attempt to find some good out of the current system, arguing that the complexity requires candidates to hire effectively and manage a large, sprawling campaign. Irwin makes a good point in that the complexity of the campaigns can help us weed out candidates, but it doesn’t matter in so far as elections make voters feel like the parties are trying to marginalize them.

Now it’s fair to say that this election is pretty different than past nomination processes. Everything is particularly competitive, and as a result, each delegate means a lot. This has caused many to pay closer attention to exactly how the process works, and for most, they don’t like what they see.

There are a lot of factors that have caused many to feel disconnected from the two political parties, but this election has made disaffection a political message. The so-called outsider or anti-establishment candidates like Trump and Sanders have made a point of directing ill will toward the parties and the election results. While criticizing the establishment could be chalked up as a political maneuver, when it comes to the nominating process both candidates have a point. Superdelegates and closed primaries favor the Democratic party because they give party insiders direct influence and can prevent independents from participating. And when half the Republican party is talking about a contested convention that could give the nomination to someone who didn’t win the popular vote, people are justifiably upset.

While some may argue that these quirks have a significant impact by shifting media coverage and the public’s perception of the campaign, they may not change the ultimate outcome. But that doesn’t really matter when the current system still makes many Americans feel excluded. The rules surrounding the nomination process simply become another way for people to be mad at the establishment.

A perfect example of this just occurred in New York. Would Bernie Sanders have won if the state held an open primary? Probably not. But New York’s particularly restrictive re-registering rules made it so independent voters, who tend to lean toward Sanders, still weren’t able to vote. So now the issue distracts from the race and causes many to get angry at the establishment. It also gives the Sanders campaign an opportunity to trash the system and add fuel to the fire.

But underlying all of this is the fact that the complexity distracts people from the issues and erodes trust in our democratic institutions. A casual observer of the primaries is inundated with strategy and horse-race media coverage based on obscure rules that change each election cycle and vary by state and party. Because of this process, we have candidates saying that there is a “rigged system” and we have young voters turning against their party because of a perceived bias in favor of the frontrunner.

Now I’m not saying that fixing the absurdity that is our nominating process will solve these problems. People will still feel marginalized and disconnected from mainstream politics. But when it comes to the most basic form of civic participation, Americans need to feel like their vote counts and that election outcomes are legitimate.

We have a long way to go before the American people trust their institutions and feel included in the democratic process. But when it comes to elections, there’s no reason why we can’t fix some of the more ridiculous idiosyncrasies. Any voter should be able to look at a state’s election results and assess the current state of the race. And there should be very few opportunities for politicians and their supporters to argue that the parties are trying to control the race.

Simple reforms like doing away with superdelegates, allocating all delegates based on the popular vote, making every election an open primary where voters are free to register and vote for the candidate of their choice, and unifying the rest of the rules to prevent large discrepancies between states would go a long way in making this process more accessible to the average news consumer. More dramatic reforms like fixing the election schedule so it doesn’t favor states that aren’t representative of the rest of the country would also help. While this may be treating the symptom and not the problem, reforming the nomination process would certainly prevent a lot of distraction on the campaign trail and make voters feel more included in the nomination process.