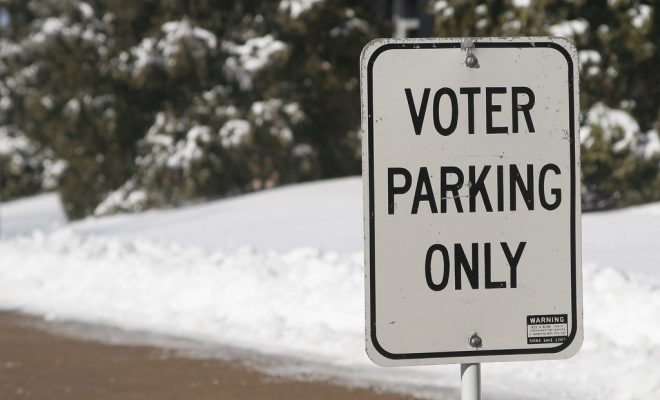 A federal judge has ordered the Republican National Committee to provide details on what kind of agreements it has with the Trump campaign for preventing voter fraud and maintaining “ballot security.” The RNC is bound by a decree from 1982 to not engage in voter fraud prevention activities without the consent of a federal court.

The judge also ordered the RNC to give an explanation of what Trump campaign manager Kellyanne Conway and Mike Pence were alluding to when they recently said that their campaign is collaborating “closely” with the RNC to make sure there is no voter fraud going on. The order comes after a lawsuit that the Democratic National Committee filed against the RNC last week, alleging that it is supporting the Trump campaign with ballot security measures that could be illegal.

Trump has been talking at great lengths about how widespread voter fraud is and claiming that the system is rigged. On his website he urges people who see anything “suspicious” going on at the polls to personally intervene or to sign up to become a volunteer “Trump Election Observer.” This is all to prevent Crooked Hillary from rigging the election, of course.

Of course there is large scale voter fraud happening on and before election day. Why do Republican leaders deny what is going on? So naive!

At a rally in Cleveland, Trump claimed that there are 24 million registered voters that are “invalid or significantly inaccurate” and 1.8 million people registered to vote who are actually dead. But there is no evidence of any widespread voter fraud in America and Factcheck.org debunked Trump’s statements.

This makes it extra ironic that it was a Trump supporter who was arrested for attempting to vote twice in Iowa last week. Terri Lynn Rote, 55, said that she hadn’t planned on voting twice, it was just a spontaneous idea. “I don’t know what came over me,” she said to the Washington Post. She also told Iowa Public Radio that the polls are rigged, and she was afraid someone would change her Trump vote into a vote for Clinton.

The decree that blocks the RNC from engaging in any voter fraud prevention that is not approved by federal authorities came about after the RNC used armed guards at the polls in 1981 to intimidate minority voters. It is set to expire in December of next year, but if the DNC is correct in its suspicions, it could be extended. The RNC has until Wednesday at 5 PM to respond to the judge.

But individual presidential candidates are not bound by the decree, which means the Trump campaign is free to go ahead with whatever plans it has uphold “security” at the polls. And according to Slate, Republican officials all over the country are engaging in illegal measures to prevent Democrats from casting their votes. So why are the Republicans so sure that voter fraud exists? Maybe because in some cases they are the ones behind it.

Emma Von Zeipel
Emma Von Zeipel is a staff writer at Law Street Media. She is originally from one of the islands of Stockholm, Sweden. After working for Democratic Voice of Burma in Thailand, she ended up in New York City. She has a BA in journalism from Stockholm University and is passionate about human rights, good books, horses, and European chocolate. Contact Emma at EVonZeipel@LawStreetMedia.com.
Share:
Related Items2016 ElectionBallot SecurityDemocratsDNCElectionJudgeLawsuitOrderRepublicansRNCTrumpTrump CampaignVoter Fraud