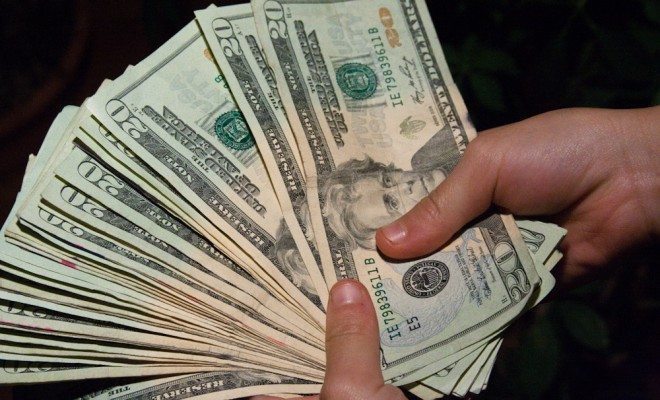 GOP presidential candidates are nervously returning money and double checking their finances this week. An investigation recently revealed that the leader of the white supremacist group that is said to have radicalized Dylann Roof, the 21-year-old white man who murdered nine black people during a bible study in Charleston last week, has donated tens of thousands of dollars to Republican campaigns.

Sixty-two-year-old Earl P. Holt III is president of the Council of Conservative Citizens (CofCC), a self-declared “conservative activist group” that opposes “race mixing” as a religious affront and that “vilifies blacks as an inferior race.” Holt has donated $65,000 to campaign funds in recent years, including 2016 GOP presidential candidates Ted Cruz, Rand Paul, and Rick Santorum. According to Federal Election Commission filings, Holt has provided $8,500 to Senator Cruz since 2012. Another $1,750 was given to Senator Paul’s action committee, and $1,500 was donated to Senator Santorum, who attended Sunday’s memorial service at the Emanuel African Methodist Episcopal Church in South Carolina. A spokesman for Cruz’s campaign was quick to say that the money donated by Holt would be immediately refunded. Also in hot water to return money funded by this extremist organization is Paul, who said today that he would also be foregoing the money donated by Holt. Santorum  finally denounced the funding on Monday afternoon, saying he would be donating the money to the victims’ families.

Over the past four years, a user named Earl P. Holt III has posted racist comments on The Blaze, a conservative news outlet. On a February 2014 article, the user–who is suspected to be the same Earl P. Holt III who is funding Republican campaigns–wrote that black activists would “kill you, rape your entire family, and burn your house to the ground.” Roof echoed these chillingly racist remarks as he complained to his victims in Charleston last week, saying: “You rape our women and you’re taking over our country, and you have to go.” A close associate and former director of the CofCC, Jared Taylor, was asked by Holt to handle all media inquiries relating to the Charleston massacre. When asked about the online user going by Holt’s full name, Taylor stated: “If there’s a statement that is ‘Earl P. Holt III’, he probably made it.”

On Saturday, Internet sleuths discovered that Dylann Roof had a website complete with a racist manifesto, which states that he learned about black on white crime from the CofCC website. Roof says it was the Trayvon Martin killing and his opinion that George Zimmerman did no wrong in shooting the unarmed black teen that began his obsession with “black on white violence.”

In an online statement, Holt said he was not surprised that Roof had learned about “black-on-white violent crime” from the CofCC. He stated that the Council is one of the few brave activist groups that are not afraid to “accurately and honestly” disclose “the seemingly endless incidents involving black-on-white murder.” Holt said the Council of Conservative Citizens should not be held responsible for Roof’s actions just because he gained “accurate” information from the website.

Santorum has declared the statements made and sentiments held by Holt to be “unacceptable.” But isn’t it unacceptable to have your campaign financed by individuals and groups that represent the beating heart of racism? It’s easy to wonder if Cruz, Paul, and Santorum knew that their campaigns were receiving donations from a man who runs a white supremacist organization. Moreover, if the media had not exposed Holt’s status as a white supremacist, would the candidates have donated and refunded the money? Hopefully this exposure will shed light on the often amoral campaign financing process and lead to more scrutiny about where our presidential candidates are getting their money.