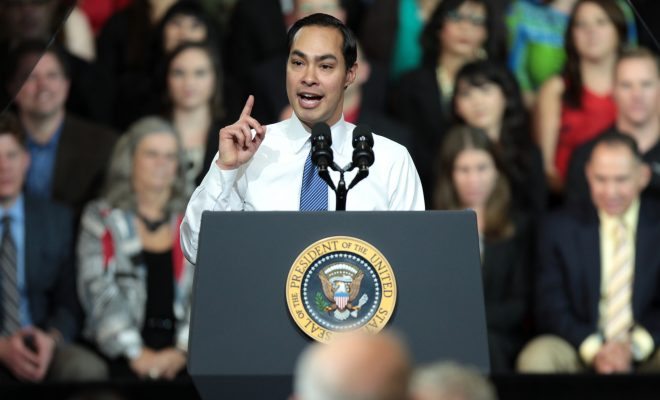 Get to Know Clinton’s Likely VPs

When you’re a presidential nominee, unless your name is John McCain, you’ll need to thoroughly vet all of the people you’re considering as a running mate. Much of that is done internally, such as peeking into their personal lives for any skeletons in the closet and negotiating the differences between political opinions. A large part of this process, however, is assessing whether they have the political x-factor needed to energize voters and charm the party. The list of potentials is long, so let’s just take a look at some of the ‘auditions’ that potential picks have done on national television, and learn a little more about them.

Tim Kaine on Meet The Press

What does he do? Democratic Senator from Virginia.

What has he done? Mayor of Richmond, Lieutenant Governor of Virginia.

The argument for him: It’s difficult to think of an argument against Tim Kaine. Perhaps he’s not a hot young thing, but he’s got the perfect pedigree for the job, and his cautious style and strong resume help him fit the ideal Hillary mold–not a firebrand, but a policy wonk willing to show a little heart. He also has the benefit of already being vetted by Obama.

Likelihood? Since the beginning of “veepstakes” speculation, Tim Kaine has been a front-and-center choice. While he is most likely still the front runner, if Hillary is looking to add a “secret ingredient” to her campaign, she might look elsewhere.