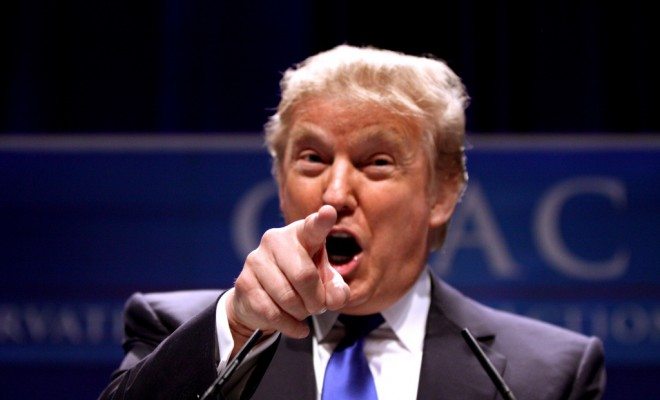 Immigration, education, jobs, and disliking Donald Trump–these are issues of great importance for many Hispanic voters in the United States. So it’s no surprise that these were major talking points for the Democratic presidential hopefuls attending the National Council of La Raza (NCLR) Annual Conference on Monday.

The four day event held in the Kansas City Convention Center has long been an opportunity for important figures and community leaders to address concerns specific to the Hispanic community, and form partnerships with Hispanic community-based organizations. Former Maryland Governor Martin O’Malley, Vermont Senator Bernie Sanders, and former Secretary of State and 2008 presidential candidate Hillary Clinton capitalized on the large audience of potential Latino votes by delivering short yet powerful speeches describing their political ideals. What they had to say all fell along similar lines.

Senator Bernie Sanders spoke first, choosing to focus most of his speech on racial equality and comprehensive immigration reform in the United States. He addressed the vibrant morning crowd by saying that immigration reform is, “one critical piece that must be talked about,” and that “without these folks it is likely that our agricultural system would collapse,” when referring to immigrants. He also spoke about the need for equality–on both racial and economic levels.

Governor Martin O’ Malley delivered a luncheon keynote address. Using powerful words and clear diction, O’Malley expressed his intent to make the United States a place more welcoming for immigrants. “We are, and always have been, a nation of immigrants…The enduring symbol of America is not the barbed-wire fence. It is the Statue of Liberty,” he stated as he referred to the GOP priority of securing the border with a fence, a tactic already proved too costly and unnecessary.

Similarly, the frontrunner in the Democratic polls, Hillary Clinton, has previously not had as much success with the Latino community as her opponents. However, her speech Monday may have helped her cause. Along with O’Malley and Sanders, Clinton spoke about immigration reform and racial equality. She also incorporated feminist ideals and expressed the following:  “Just ask yourself this: How can it be that, on average, Latinas still make just 56 cents on the dollar compared to white men? And then do the math. All this lost money adds up. For some women, thousands of dollars every year.” Furthermore Hillary made a reference to GOP candidate Jeb Bush’s comment about Americans having to work longer hours and tied it into the hard work immigrants often have to undertake, arguing against Bush’s sentiments.

While each politician explained some laudable goals, it wasn’t just their policies that got the crowd excited. One of the consistent highlights was the candidates’ shared disdain toward GOP candidate Donald Trump. O’Malley, Clinton, and Sanders all shared their insights on Trump with the hopes of further marginalizing not only him as a candidate, but as a foil for the Republican party as a whole.

Although Sanders declined  to answer the question of whether or not Donald Trump is a racist, he described Trump’s comments and behavior as an “outrage” and “totally unacceptable.” O’Malley took it a notch higher as he shared his “disgust”  by calling Trump “a hate-spewing character running for president,” and further distanced the Republican party by saying “the problem is that it’s so hard to tell him apart from the other candidates.” Hillary Clinton did not hold back when it was her turn to share her thoughts on Donald Trump. “Basta, Enough!” stated Clinton as she called Trump’s immigration bashing comments “shameful.” Clinton added that she, as well as everyone else in the room, knew an illegal immigrant and calling them drug dealers and rapists was “appalling.” She further added to the notion of Trump representing the entire Republican party as she called out the other GOP candidates for remaining silent on Trump’s statements and not speaking out for weeks after the foul comments were made.

After Monday’s Democratic speeches at the National Latino Council of La Raza, attendees appeared hopeful and satisfied. “I really like that as a Latino I found out we have a lot of support and that was wonderful. I feel very happy,” shared event attendee Maria Arguello. Voters seemed to like that all three candidates gave genuine attention to the issues most pertinent to the Hispanic community but it was also important for them to know the candidates’ unified stance against Trump and the comments he made.  While the Democratic candidates shared a brief moment while fighting for the Hispanic vote, the competition is about to become a lot tougher as all share similar insights.

Symon Rowlands
Symon Rowlands is a member of the University of Miami Class of 2016 and was a Law Street Media Fellow during the Summer of 2015. Symon now blogs for Law Street, focusing mostly on politics. Contact Symon at staff@LawStreetMedia.com.
Share:
Related Items2016 Presidential CampaignBernie SandersDemocractHillary ClintonHispanicMartin O' MalleyNational Council of La RazaNCLR