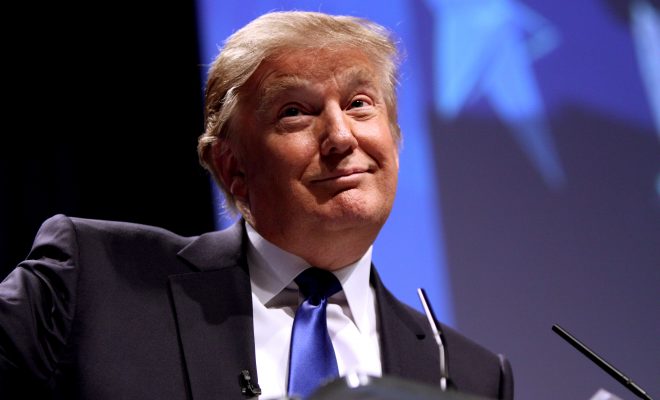 So there we have it: what seemed inconceivable is now a reality. Donald J. Trump, former “Apprentice” host, a businessman with a slew of failed ventures to his name, and a man with literally no public service experience, has defeated Secretary of State Hillary Rodham Clinton, a woman who spent her entire life working toward this moment and who was poised to become our first female president.

Mr. Trump has been surprisingly indestructible during this election cycle. Despite his astounding hypocrisy, consistent lies, and vile and hateful rhetoric toward nearly every group imaginable, he made it. Even after starting his campaign off by calling Mexicans rapists, insulting a Gold Star family, being caught on tape talking about groping a woman, and literally any other time where it seemed like he was self-sabotaging his campaign, he made it.  We have our next Commander-in-Chief.

Look, Trump voters, I get it. A lot of you are part of a disenfranchised and largely-ignored group of Americans, and “Make America Great Again” sounds like a really simple solution to a lot of the major problems you’re dealing with. And yes, the government feels like it consistently is dealing with partisan gridlock, which makes it difficult to actually get things done. People want a change from all of that, and it’s understandable; these are issues we must acknowledge and take action on as a country.

But I’m sorry to tell you: Trump doesn’t care about you. If you voted for him because you think he’s the one who’s going to solve these problems, you’ve made a terrible, terrible mistake.

Here’s what Trump cares about: power, fame, money, and himself.

Trump has yet to explain his policies on the most pressing issues facing this country today. His views on fighting terrorism? He says he’s going to get rid of ISIS, but he doesn’t want to tell us how because he doesn’t want to tip them off. His immigration plan mainly consists of two words: “the wall.” (By the way, Mexico hasn’t agreed to this wall, and there’s not really a way to make them do it, so that will probably add to our debt).  His proposed Muslim ban is probably unconstitutional.

But hey, he will bring our jobs back, right? Well, a lot of his economic proposals don’t really add up, and his economic plan is likely to add trillions to the debt.

Fine, he can appoint advisors and Cabinet members who have more experience with these issues. But do you really want a leader who doesn’t understand what he’s talking about, and who advocates for policies that are straight-out unconstitutional, unfeasible, and downright criminal? Even if he’s unable to act on certain things he’s said over this campaign, he is now the world’s representative for America.

He doesn’t understand your problems; he’s never lived them. Throughout his campaign, he’s shown us his narcissism and his love for attention. Even with his alleged billions of dollars, he’s not even charitable with his money. Oh, and don’t forget that we still haven’t seen his tax returns, despite the IRS giving him the okay to release them even under audit.

I haven’t written this to shame Trump supporters, but for people to fully understand the choice they made when they stepped into that voting booth. If Trump doesn’t fulfill his promises, don’t say you weren’t warned. After Brexit, a lot of “leave” voters had regrets over their decision. I don’t know if that will happen in the U.S., but I wouldn’t be surprised if some voters have buyer’s remorse not long after he takes power.

Congratulations, Trump voters. You celebrate along with ISIS, the KKK, and many other hate groups that are thrilled that about this election result. For the sake of our country, I genuinely do wish that he does “make America great,” but I don’t have much hope that he will.

Mariam Jaffery
Mariam was an Executive Assistant at Law Street Media and a native of Northern Virginia. She has a B.A. in International Affairs with a minor in Business Administration from George Washington University. Contact Mariam at mjaffery@lawstreetmedia.com.
Share:
Related ItemsClintonDonald TrumpElections 2016Hillary ClintonPresident TrumpTrump