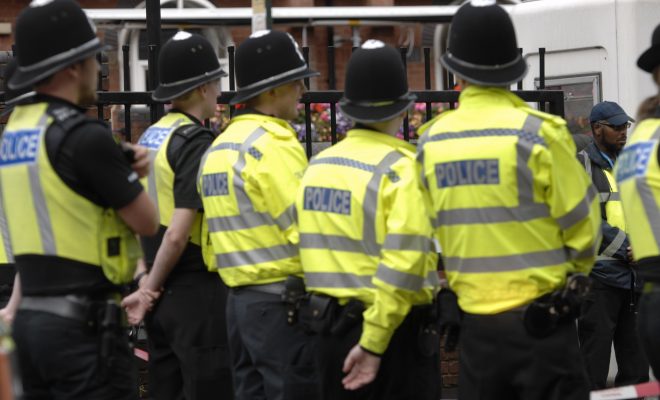 Sweeping changes are likely to come in Britain’s policy toward terrorism and extremism after Prime Minister Theresa May declared that “enough is enough” during a speech outside of 10 Downing Street on Sunday. The speech was prompted after another attack on Saturday night at the London Bridge where a white van struck pedestrians in a coordinated attack that killed seven and injured dozens that was later claimed by ISIS.

This is the third major attack that has occurred in Britain this year including a terror attack on Westminister Bridge that occurred in March and the bombing at the Ariana Grande concert in Manchester in May.

In her speech, May responded with the introduction of a new four-point plan toward combating the “new trend” of ideological extremism. While the plan presented was broad and skimmed on policy specifics that might be introduced, it was indicative of the direction of counter-terrorism policy in Britain.

In her remarks, May recognized that while the attacks were not committed by the same organizations, they were all committed in the sense of a singular ideology. Her conclusion is that terrorism can only be defeated by changing the mindset of those vulnerable to violence, and to have them embrace British values.

This could mean that there could be a further expansion of the Prevent Strategy, a measure of the UK counter-terrorism system that aims to stop people from becoming or supporting terrorist and terror organizations.

Prevent was originally created in response to the London attacks in 2005 and aimed to support organizations that would improve integration of minority groups. But in 2011, under then-Home Secretary May, the program was revamped to focus on terrorism and training public officials to spot radicalism.

Prevent has shown success: data from 2015 shows the amount of people who travelled to Syria and Iraq from Britain has decreased. But the program has its critics who believe that it will naturally lead to more discrimination toward Islamic groups.

May called upon both internet companies as well as democratic countries to form more international agreements to regulate extremism on the web.

Currently, the UK employs a counter-propaganda campaign where in 2015 social media snoopers were able to remove 55,000 pieces of radical propaganda. How this strategy could move beyond Britain and become an international agreement is still unknown.

“Too Much Tolerance of Extremism”

In perhaps the most controversial excerpt from her speech, the prime minister spoke candidly about the potential new powers that could come as a result of her new strategy, saying:

There is – to be frank – far too much tolerance of extremism in our country. So we need to become far more robust in identifying it and stamping it out across the public sector and across society. That will require some difficult, and often embarrassing, conversations.

One suggestion that May made was to increase custodial sentences for terrorist-related offenses, one of the harshest possible forms of criminal punishment in the UK justice system.

The final part of her plan indicated that May is leaning toward giving an increase in new powers to the security and protective services. This could mean that May is planning to revamp her counter-extremism bill that was rejected by the government’s lawyers in January because it failed to adequately define “extremism” and “British values.”

Critics of the legislation argue that by broadening the definition of what extremism is, it could lead to infringement on basic rights such as free speech and religion. But with the recent attacks that have taken place and an election within a matter of days it is very possible that legislation and reforms are on the horizon.

James Levinson
James Levinson is an Editorial intern at Law Street Media and a native of the greater New York City Region. He is currently a rising junior at George Washington University where he is pursuing a B.A in Political Communications and Economics. Contact James at staff@LawStreetMedia.com
Share:
Related ItemsBritainLondon Bridge AttackPrime MinisterPrime Minister Theresa MayTerrorismUK Election