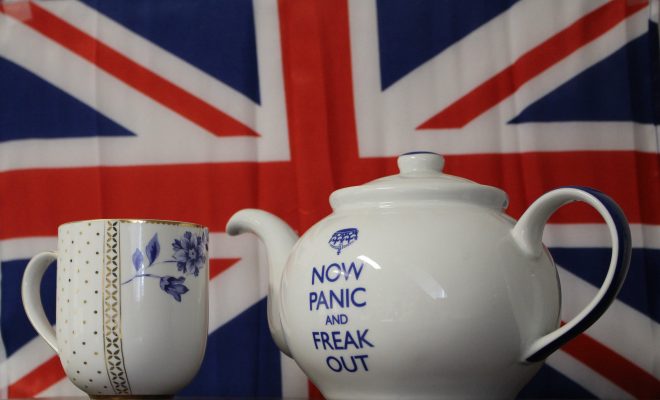 Theresa May Triggers Article 50, Kicking Off Brexit Negotiations: What’s Next?

It’s official: the process for Britain’s withdrawal from the European Union, known as Brexit, has begun. Prime Minister Theresa May triggered Article 50 of the Lisbon Treaty Wednesday afternoon, starting a two-year window of negotiations between the United Kingdom and the EU. If two years pass without a deal, an unlikely but plausible scenario, Britain would not be allowed back in to the bloc, which now consists of 27 member states.

It is in the best interests of both the United Kingdom and the European Union that we should use the forthcoming process to deliver these objectives in a fair and orderly manner, and with as little disruption as possible on each side. We want to make sure that Europe remains strong and prosperous and is capable of projecting its values, leading in the world, and defending itself from security threats.

After receiving the six-page letter, Tusk said the goal moving forward for the EU is “to minimize the cost for EU citizens, businesses and member states.” Faced with the unenviable task of negotiating what is sure to be an uncomfortable divorce, Tusk added: “There is no need to pretend that this is a happy day, neither in Brussels or in London. After all most Europeans, including almost half the British voters, wish that we would stay together not drift apart.”

Within 48 hours, Tusk said, the European Council will draft guidelines for Britain’s withdrawal, effectively setting the parameters in which the negotiations will take place. In April or May, leaders from the remaining 27 EU states will meet to finalize the guidelines, after which negotiations will officially begin. Negotiations will feature a range of thorny issues, including immigration, the UK’s access to the EU trade market, and the status of EU citizens living in the UK.

A final agreement must pass two EU bodies before the separation can be chiseled in stone. First, the European Parliament, the bloc’s lawmaking arm, will vote. A simple majority is needed to advance the resolution to the Council of the European Union, where 20 of the 27 members must approve the agreement for it to pass.

According to a recent poll, the British public–at least in England, which decidedly voted “leave” in the June referendum–still supports the break with Europe. Sixty-nine percent of respondents said the Brexit should move forward, and 48 percent said that May has done a good job since the referendum. But not everyone is happy. Scotland, a semi-autonomous region of the UK for over 300 years, might seek a second referendum on its independence from the UK, chiefly because it would like to remain part of the EU. In fact, a majority of Scots–62 percent–voted to “remain” with the bloc.

Scottish leader Nicola Sturgeon announced her intention to pursue a second independence referendum–in 2014, voters elected to remain a part of the UK–in a speech earlier this month. On Tuesday, the Scottish Parliament voted in favor of holding another referendum, but a vote cannot commence until the British Parliament supports it as well. May recently said that will not happen until the uncertain Brexit process is complete. May, in remarks after she triggered Article 50, articulated what all parties involved in the Brexit process likely are feeling: “This is a historic moment from which there can be no turning back,” she said.

Alec Siegel
Alec Siegel is a staff writer at Law Street Media. When he’s not working at Law Street he’s either cooking a mediocre tofu dish or enjoying a run in the woods. His passions include: gooey chocolate chips, black coffee, mountains, the Animal Kingdom in general, and John Lennon. Baklava is his achilles heel. Contact Alec at ASiegel@LawStreetMedia.com.
Share:
Related ItemsArticle 50BrexitDonald TuskEUEuropean UnionScotlandTheresa May