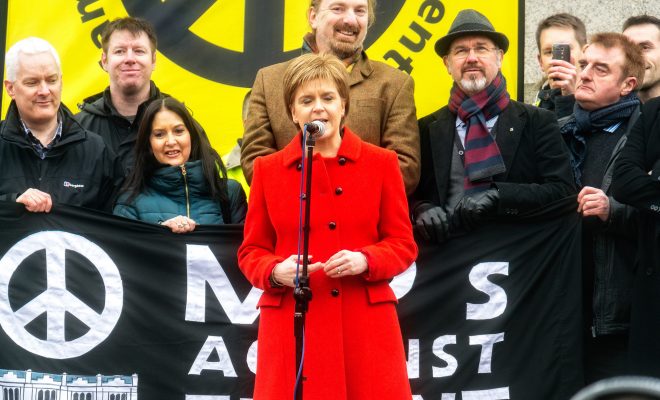 Is Scotland Headed for a Second Independence Referendum?

In the wake of Britain’s vote to leave the European Union, Scotland could be headed for a second independence referendum on its continued membership in the United Kingdom as early as next year, according to Scottish leader Nicola Sturgeon. During an impassioned speech Monday at Bute House, Sturgeon’s residence in Edinburgh, the First Minister announced plans for Scotland to chart its own path forward.

“At times like these, it is more important than ever to have a clear plan for the way ahead–to try, as far as is possible, to be in control of events and not just at the mercy of them,” she said.

Last June, while the majority of Britain voted to leave the EU, Scotland did not–62 percent of voters backed remaining in the 28-nation bloc. During its first independence referendum in September 2014, Scotland decisively voted (54.2 percent to 45.7 percent) to remain a part of the United Kingdom, a union that has been in place since 1707.

Sturgeon believes the time is ripe for a second referendum, as Britain’s future is uncertain and Scotland cannot simply tag along for the ride.

“As a result of the Brexit vote we face a future, not just outside the EU, but also outside the world’s biggest single market,” Sturgeon said, adding that her attempts to negotiate a special trading relationship for Scotland and the EU with British Prime Minister Theresa May have also failed.

“Our efforts at compromise have instead been met with a brick wall of intransigence,” she said.

Shortly after Sturgeon delivered her speech, May responded in an interview with the BBC, in which she said that a referendum would set Scotland “on a course for more uncertainty and division.”

“Instead of playing politics with the future of our country,” May said, “the Scottish government should focus on delivering good government and public services for the people of Scotland. Politics is not a game.”

With the prospect of a “hard Brexit“–a clean break from the EU that would have Britain completely abandon the single-market of the EU–looming, Sturgeon believes Scotland cannot just hope for the best. It must act.

“By taking the steps I have set out today, I am ensuring that Scotland’s future will be decided not just by me, the Scottish Government or the SNP,” Sturgeon said using the initials for her Scottish National Party. “It will be decided by the people of Scotland.”