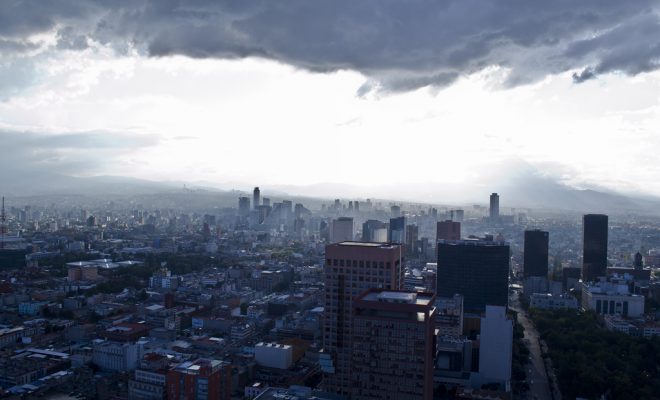 Attack on Female Politician in Mexico Leads to Misogynistic Hashtag

A few weeks ago, Mexican senator and former Olympic athlete Ana Gabriela Guevara was severely beaten by a group of men. She was riding her motorcycle in Mexico City when a car rammed into her, seemingly on purpose. Four men got out of the car and started to beat her. She said they hit her in the ribs and the head and insulted her for being a female motorcyclist. Guevara was beaten so badly that she had to be hospitalized. She later posted a photo of herself with a black eye, thanking everyone who had supported her and said that she had recently left the operating room after having surgery.

Violence against women is a major problem in Mexico, including murder, abduction, and sexual violence. A few days after the incident, Guevara held a press conference, denouncing the act as “cowardly” and “vile.” To make matters even worse, one of the attackers was a police officer. But after her press conference and news of the incident spread, things took an unexpected and deeply depressing turn–a series of misogynistic hashtags on Twitter.

“If she broke your heart, break her face.”

A Mexican woman senator was attacked by men, and the internet reacted in an unusual way. pic.twitter.com/SXR2Iqal4Y

Some people started using the hashtag #GolpearMujeresEsFelicidad, which means #BeatingWomenIsHappiness, on Twitter.

“Women offended by this hashtag when they use the b***h filter in their profile picture are confusing.”

“I don’t think women will read, I mean, they must be in the kitchen making sandwiches for their husbands.”

A similar one, #SiNoTeGolpeaNoTeAma—which means “If he doesn’t beat you, he doesn’t love you”—also started trending.

“I love it when she screams and cries.”

After a few weeks of these hashtags trending in Mexico, people started firing back and condemning their use.

#golpearmujeresesfelicidad or #beatingwomenishappiness is one of the most disgusting hashtags I’ve seen on social media. https://t.co/XE9jemeMEy

A Mexican woman senator was attacked by men, and the internet responded with #BeatingWomenIsHappiness. And this is how a man like Trump wins

According to local media, police are investigating the attack and have confirmed the main suspect is a police officer, who was either off-duty or inactive at the time. His identity has not been made public. The Attorney General has requested to see surveillance footage that could be helpful in learning more about the sequence of events. In the meantime, people are showing their support for the former World Champion track and field athlete. Hopefully the case will help bring attention to the issue of violence against women, and the misogynistic hashtag responses that can follow.

Emma Von Zeipel
Emma Von Zeipel is a staff writer at Law Street Media. She is originally from one of the islands of Stockholm, Sweden. After working for Democratic Voice of Burma in Thailand, she ended up in New York City. She has a BA in journalism from Stockholm University and is passionate about human rights, good books, horses, and European chocolate. Contact Emma at EVonZeipel@LawStreetMedia.com.
Share:
Related Items#BeatingWomenIsHappinessAbuseAna GuevaraFemale PoliticiansHashtagMexicoMisogynySenatorViolence Against Women