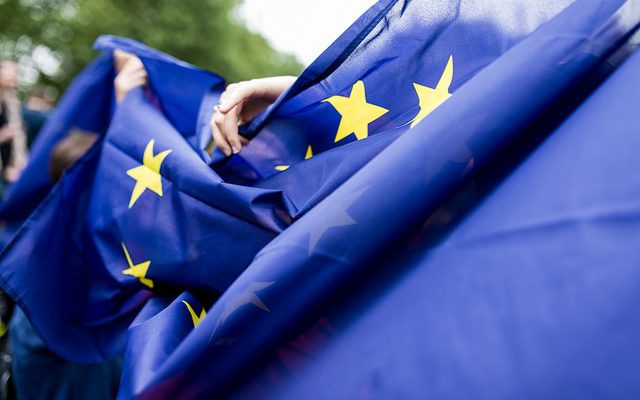 Will May’s Hard Brexit Live up to Voters’ Expectations?

The desire to move away from liberal economic policies toward more protectionism partly drove the Brexit vote. However, a successful protectionist push to leave the European Union could very well now result in an entrenchment of economic liberalism in the United Kingdom.

Over the past several decades economic liberalism and neoliberalism became standard economic policy throughout the developed world. Free markets, free trade, and privatization of assets were valued above all other policy. As liberalism globalized, free trade agreements such as NAFTA and economic unions like the EU were formed. However, protectionist movements on both the right and left have formed in response to this economic standard and have quickly gained traction. Just as the U.S. saw Donald Trump’s and Bernie Sanders’ protectionist platforms gain huge momentum, the British shocked the world by opting to leave the liberalist EU, with many “leave” voters crying out for more protectionist economic policy.

The “leave” vote shook the center-right government to its core, prompting the resignation of Prime Minister David Cameron. However, the same pro-free-trade and pro-liberalism Conservative Party that was in power before the referendum remains in power today. Therefore, Prime Minister Theresa May’s economically liberal Conservative Party is charged with engineering the leave process. In spite of the fact that a protectionist movement established in part the mandate to begin the leave campaign, it is unlikely that May’s government will pick up the protectionist torch and reject liberal economic policy.

On Tuesday, May announced that the UK would commit to a “hard Brexit.” Under this plan, the UK would undergo a total uncoupling with EU economic infrastructure. Headlines of plans to sever ties with the EU would have pleased many protectionist “leave” voters who view the EU as an exemplar of liberalism and globalization. Yet, when considering May’s clearly stated devotion to liberal economics, it is unlikely that “hard Brexit” will produce the protectionist policy outcomes many leave voters would have hoped for.

The Sunday before May committed to “hard Brexit,” Chancellor of the Exchequer Phillip Hammond stated that the UK would do “whatever” in order to keep the economy afloat following “Brexit.” He said that under “hard Brexit,” they would have to “change [the economic] model to regain competitiveness.” Supporters and critics alike took this to mean that economic policy under “hard Brexit” would see deregulation reign supreme.

May’s speech to the World Economic Forum (WEF) on Thursday all but confirmed these assumptions of future liberal policy. The Prime Minister outlined her intention to develop a British economy at the forefront of liberal economic policy. Though she posed some criticisms of globalization, May was far more critical of Donald Trump and other populist movements’ protectionist ideologies. May capped off her speech to the congregation of world leaders and financial actors by declaring that Britain would become “a forceful advocate for business, free markets and free trade.”

While many in the “leave” camp hoped to move Britain away from liberalism, May has responded with a plan that satisfies her ideological devotion to liberalism. Many opposed to the EU found the organization to be one that epitomized liberal globalization. Though many in the Conservative Party might have wanted to “remain,” it seems they are taking the “leave” vote as an opportunity to advance liberalism. No longer shackled by outside economic regulatory powers like the European Central Bank (ECB), the Conservative Party feels free to act in accordance with its ideology.

The decision to leave the European Union transformed most every aspect of Britain’s political and economic life. However, the referendum did not change the fact that a political party faithful to liberal economics was in power. Though it is not exactly clear how May’s vision will take shape, the developments over the past week have set the stage for a British economic model grounded on highly liberal economic policy. Economic protectionists who voted “leave” are unlikely to see their hopes for future economic economic policy actualized. In fact, those who hoped for protectionist economic policies may see a Britain committed to liberalism like never before.

Callum Cleary
Callum is an editorial intern at Law Street. He is from Portland OR by way of the United Kingdom. He is a senior at American University double majoring in International Studies and Philosophy with a focus on social justice in Latin America. Contact Callum at Staff@LawStreetMedia.com.
Share:
Related ItemsBrexitHard BrexitMayUnited Kingdom