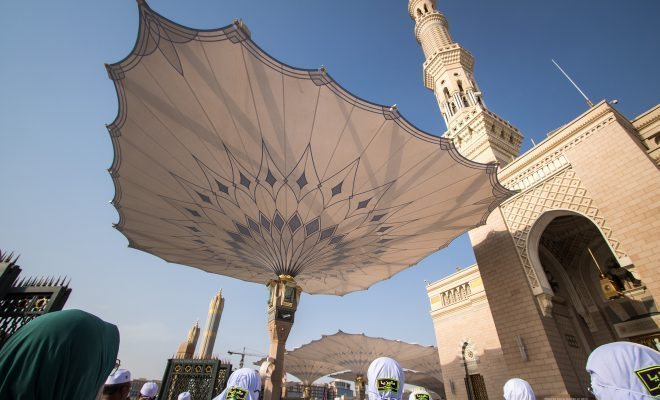 "Masjid An Nabawi, Madinah" courtesy of [ethan.hunt via Flickr]

As we celebrated the long weekend in the U.S., the latest round of ISIS attacks sent shocks of terror across the world.

Since Friday, major attacks attributed to ISIS took place in Baghdad, Dhaka, and Saudi Arabia. And earlier last week, on Wednesday, the attack at Istanbul’s Ataturk Airport made world headlines after terrorists caused 44 casualties at one of the world’s busiest airports.

The terrorist group has reportedly called for more attacks during Ramadan, a month of fasting and reflection for the over 1 billion Muslims across the world. And it seems that ISIS followers have heeded that call, bringing death and destruction upon major cities and sites around the world. While it is still unclear if some of the recent attacks were directly ordered by ISIS or simply inspired by them, all most certainly followed the radical doctrine prescribed by the group.

Here’s what you need to know about the targets in the group’s latest spree of terror:

On Friday evening, the Holey Artisan Bakery in Dhaka, Bangladesh was a site of terror after gunmen attacked and took patrons hostage. The cafe, located in the wealthy neighborhood of Gulshan, was reportedly a site for many foreign nationals and diplomats, likely making it a target for the attacks.

On Sunday, a suicide bombing targeted a shopping district in Baghdad, reportedly killing at least 215 people so far and injuring at least 175 more. The bombing occurred in the predominantly Shia area of Karrada, where many were shopping for the upcoming Eid holiday. The minority sect of Shia Islam has often been a target of attacks by the group, which is predominantly Sunni.

Earlier this month, the Iraqi government wrested control of Fallujah from ISIS, a possible provocation for the attack. The bombing was Baghdad’s deadliest since 2003, and was by far the deadliest attack carried out by ISIS this week.

Saudi Arabia was the target of three separate, but coordinated, suicide attacks. The first was at the U.S. Consulate in Jeddah, where policemen were injured and the attacker was reportedly the only casualty.

The second attack took place in the city of Qatif, where a bomber attempted an attack on a Shiite mosque. He failed, however, only successful in taking his own life.

The third attack took place in Medina, where a bomb went off in front of the Prophet’s Mosque (also known as Masjid an Nabawi). The mosque is a major holy site in the Islamic faith, as it houses the grave of the Prophet Muhammad and is a location frequented by many making religious pilgrimages. This attack led to the deaths of four people, with an additional person injured.

The attacks of the past week show the wide reach of the group’s terror, as it hit multiple countries and regions throughout the world. Even without a centralized authority, ISIS is able to carry out its attacks through people who latch on to its poisonous ideology. As Ramadan winds down this week, its final days have unfortunately been classified with bloodshed and tragedy.

Mariam Jaffery
Mariam was an Executive Assistant at Law Street Media and a native of Northern Virginia. She has a B.A. in International Affairs with a minor in Business Administration from George Washington University. Contact Mariam at mjaffery@lawstreetmedia.com.
Share:
Related ItemsBaghdadDhakaISISIslamic StateRamadanSaudi ArabiaTerrorism