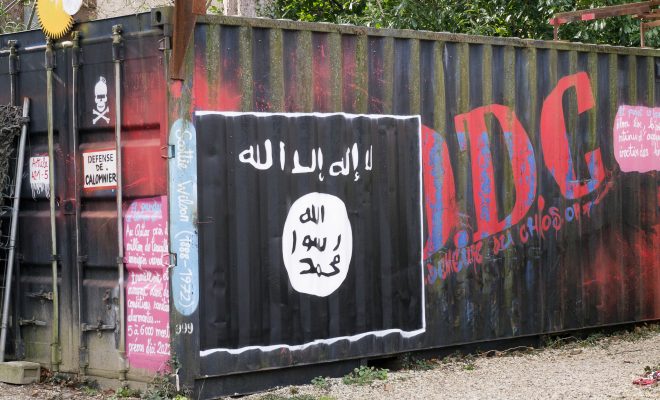 Why Has ISIS Propaganda Production Decreased?

The media output and amount of propaganda coming from the terror group ISIS has dropped dramatically as the group has experienced increasing military pressure, according to a new study. In August of last year, which was the peak of ISIS’s media activity, the group released 700 media items from official sources in Syria and other countries. This past August, it only published or released 200 items.

The propaganda by ISIS has from the beginning focused on how the group is creating a functioning new society with thriving businesses and happy citizens–a new caliphate, meaning a unified Muslim country. Foreign Muslims were “invited” to move to Syria and live in a peaceful, thriving Muslim community, specifically in Raqqua. The propaganda material often featured pictures of happy children and a life of prosperity. But as the fighters face defeats and mounting pressure, Aleppo is in ruins, and some high profile leaders have been killed, that image becomes harder and harder to uphold.

Daniel Milton from the Combating Terrorism Center at West Point, who wrote the new report, told the New York Times:

It’s not just the numeric decline. The caliphate was their big selling point. Now there’s an inability to say we’re doing the things that make us a state. And that was behind their broad appeal.

Another figure that illustrates the Islamic State’s shrinking influence is how many foreign fighters join the cause. According to the Pentagon the number of fighters going to Syria and Iraq from other countries has shrunk from about 2,000 a month a year ago to only 200.

Milton believes the decreased media output is due to the military actions against ISIS. The fact is that the “caliphate” is not an organized state. It is a group of militants trying to fight for a cause, but this means that the people publishing media content are also soldiers. When they fight, no one is there to put out media content, and when they get killed, the army shrinks even more. Also many media outlets, like Twitter, have made an effort to block radical Islamic accounts.

But even though the new information points to decreased power when it comes to territory as well as propaganda, experts warn that the ideology and mentality of the Islamic state will keep attracting lone terrorists for a long time. There is also the risk that Islamic fighters will return to their real home countries in the West, and carry out terror attacks like the ones seen in France. And, lastly, there is the problem of how to take care of the kids that have grown up during the war and been fed with propaganda for their whole lives.

“How do you deal with all the children who have had these experiences and who have been exposed to this worldview? This is going to be a long-term problem,” said Milton.

Emma Von Zeipel
Emma Von Zeipel is a staff writer at Law Street Media. She is originally from one of the islands of Stockholm, Sweden. After working for Democratic Voice of Burma in Thailand, she ended up in New York City. She has a BA in journalism from Stockholm University and is passionate about human rights, good books, horses, and European chocolate. Contact Emma at EVonZeipel@LawStreetMedia.com.
Share:
Related ItemsDaniel MiltonISILISISIslamic StateMediaPentagonPropagandaStudyWest Point