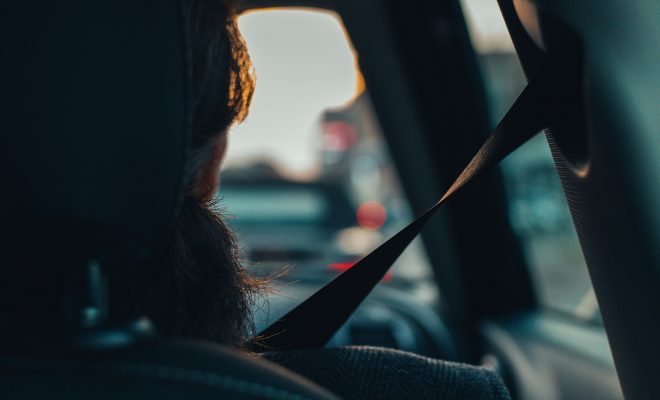 Why Don’t Adults Wear Seat Belts in the Backseat?

Despite encouraging their children to buckle up, many adults are not following their own advice.

A new study from the Insurance Institute for Highway Safety (IIHS) found that 91 percent of adults wear their seat belts in the driver or front passenger seats, but only 72 percent do in the rear seats. Moreover, only 57 percent use the belts in hired vehicles like taxis or ride sharing cars.

“When we asked people why they were less likely to buckle up, a quarter of the respondents told us that it’s safer in the back seat, so they don’t need to buckle up,” Jessica Jermakian, an IIHS senior research engineer, told CBS.

It’s true that in cars from the ’60s and ’70s, the back seat is generally the safest place. However, the belts, tensioners, airbags, and vehicle designs of the modern era remove any disadvantage the front seats once had. While experts still consider the rear seats to be somewhat safer, a seat belt is still necessary.

“Even if you’re in the back seat, the laws of physics are not suspended,” Jermakian warns. “You still need to buckle up in order to get the best protection in a crash.”

Crash test footage reveals that an unrestrained passenger in the back seat can slam against the front seats. That sort of collision could injure passengers anywhere in the vehicle.

In response to questions about ride sharing, four out of five adults explained that they don’t wear a seat belt because they are only traveling short distances.

“That statistic [about the risk of a crash] doesn’t change just because you’re in a ride share or a taxi,” said Jonathan Adkins, executive director of the Governors Highway Safety Association. “We need rear-seat passengers to understand that seat belts are critical for them, too.”

Every state except New Hampshire requires adults to wear seat belts in the front seat. Only 29 states have laws that extend to the back seat as well.

About half of all fatalities in car crashes each year could have been prevented if the victim had worn their seat belt. The National Highway Traffic Safety Administration estimates that seat belts saved nearly 14,000 lives in 2015 alone.

Delaney Cruickshank
Delaney Cruickshank is a Staff Writer at Law Street Media and a Maryland native. She has a Bachelor’s Degree in History with minors in Creative Writing and British Studies from the College of Charleston. Contact Delaney at DCruickshank@LawStreetMedia.com.
Share:
Related ItemsInsurance Institute for Highway SafetyRide-SharingSafetySeat BeltStudySurveyTransportation