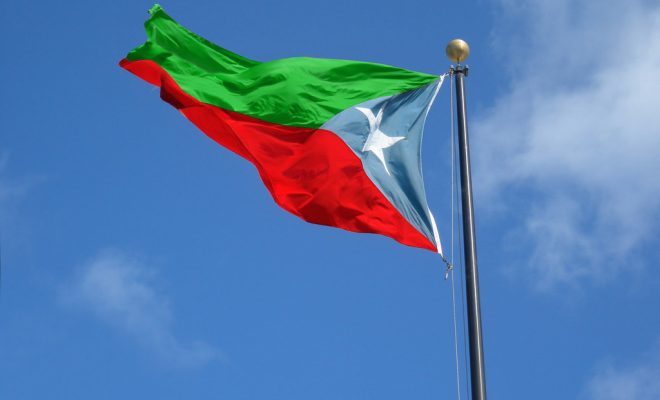 Gun-toting militants strapped with suicide vests stormed a police training facility in Pakistan in the late evening hours on Monday, killing at least 61 people, and wounding at least 123 more. Cadets at the scene said the militants’ attack began at around 11:30 p.m., as most of the cadets were asleep. The siege lasted four hours, ending only after one militant was gunned down, and two others blew themselves up.

Most of those killed in Monday’s attack were police cadets in training. Some army personnel were killed while responding to the attack and in the ensuing gunfight with the militants. Witnesses said many cadets woke up as the attack began. Unarmed, they ran for their lives and leaped off the roof of the facility, which sent some to hospitals for treatment. “We were sleeping when terrorists attacked the center,” Asif Hussain, a cadet who was in the academy’s barracks at the time, told CNN.

Claims of responsibility for the attack have been coming from all directions, with the Islamic State as the most recent and most prominent claimant. On its official media website, Aamaq, ISIS said its soldiers carried out the bloody assault and posted the pictures of the three militants who it said were responsible for the attack. Pakistani officials could not confirm ISIS’ claim, nor the claims of any group, including a faction of the Pakistani Taliban knows as the Hakimullah group.

The city of Quetta, the capital of Baluchistan province in southwest Pakistan, is no stranger to terrorist attacks. In August, at least 74 people were blown to bits in one of the deadliest attacks in Pakistan’s 69-year history. A Sunni militant group that targets Shiites killed over 160 people in a series of bombings in Baluchistan in 2013.

Before ISIS and Hakimullah claimed responsibility, the head of the Pakistani paramilitary forces blamed the Sunni militant group that carried out the 2013 bombings for Monday’s attack. That group, Lashker-e-Jhangvi Al-Almi, is based in neighboring Afghanistan. A spokesman for Afghanistan’s president dismissed those claims.

Pakistani Interior Minister Chaudhry Nisar Ali Khan expressed resolve in the face of terror: “This war isn’t over,” he said. “The enemy is weakened, but not eliminated.”

Alec Siegel
Alec Siegel is a staff writer at Law Street Media. When he’s not working at Law Street he’s either cooking a mediocre tofu dish or enjoying a run in the woods. His passions include: gooey chocolate chips, black coffee, mountains, the Animal Kingdom in general, and John Lennon. Baklava is his achilles heel. Contact Alec at ASiegel@LawStreetMedia.com.
Share:
Related Itemsal-QaedaISISPakistanQuettaTalibanTerrorismTerrorist Attack