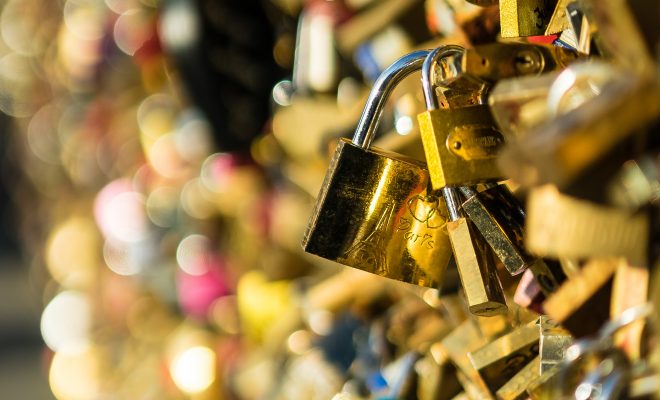 Auctioning the Love Locks: The Challenges of Charity

The locks left in the chain links of Paris’s iconic Pont des Arts bridge have long been contentious–they were seen as an eyesore, a tourist trap, and a threat to the structural integrity of the bridge, as the weight of hundreds upon hundreds of metal locks weighed down the balustrades. Romantics see the love locks as a symbol of commitment, but locals see them as a form of littering. The city began removing the locks en masse last year but the “love lock trend” still exists across Paris and has spread to practically every major city with an attractive set of bridges. Yet as of this month, the Parisian locks will take on a new identity–they are being bundled together and auctioned for charity, specifically to raise money for refugees living in Paris.

The auction is slated for the spring of 2017 and Bruno Julliard, first deputy mayor of Paris, expects to raise approximately 100,000 euros for the refugee community–but there have been no specific plans released for which organizations will receive the profits. Nor has there been a clear outline of what specifically the money would go toward. Refugees are in need of shelter, food, medical care and supplies, legal representation, job training and placement–which of these efforts will be prioritized when the love lock funds roll in?

Julliard has essentially two options before him: donate a massive sum to a single organization, or donate multiple small amounts to the various charities working to secure housing and employment for the thousands of refugees living in Paris. The general statement Julliard released made a vague reference toward funding “organizations” (plural not singular) working to support refugees in Paris but gave no information about whether that means local, neighborhood organizations or larger, international charities. If several different organizations are going to receive funding, then orchestrating the auction becomes a much more challenging task. What if those bidding on the locks only want to give to certain charities that are benefitting from the funds and not others?

While several small donations to multiple causes can help with immediate issues like purchasing supplies, there is an economic argument that a one-time large donation to a single organization will be more impactful in the long run. However, the true efficacy of the donation has more to do with how the organization spends it money than the sum itself. The websites Givewell and CharityNavigator  only exist because we have seen charities mishandle funds time and again, making us wary of where we donate our money.

At the moment, the sale of the love locks may read as a feel-good publicity stunt but if the auction truly does raise the money that Julliard expects, the funds will become an object of public debate, with every non-profit that even tangentially works with refugees looking for a grant and every anti-refugee National Front supporter arguing that the funds should be spent elsewhere. Unless there is a clear plan of which charity the money is going to and how it will be spent when it gets there, the love lock auction will be, at best, a shallow gesture that does not effectively help Paris’s refugees.

Jillian Sequeira
Jillian Sequeira was a member of the College of William and Mary Class of 2016, with a double major in Government and Italian. When she’s not blogging, she’s photographing graffiti around the world and worshiping at the altar of Elon Musk and all things Tesla. Contact Jillian at Staff@LawStreetMedia.com
Share:
Related ItemsauctionCharityDonationsLocksLove locksParisRefugee CrisisRefugeesSyriaSyrian Refugees