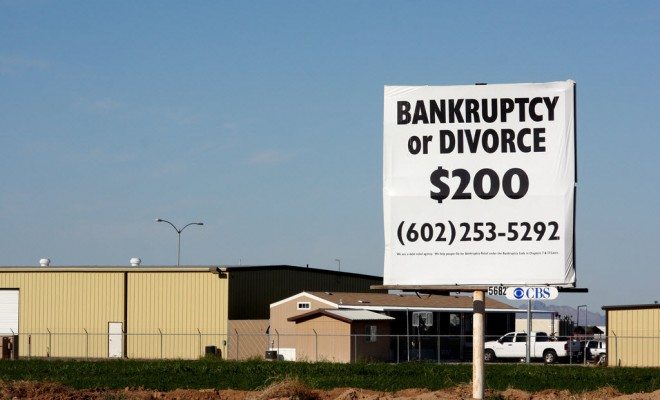 Woman Sues Because Her Divorce Ended in Divorce

Lawyers. You can’t count on them for anything. It is why I decided to go into legal editing out of law school instead of actually doing a despicable thing like practicing. I mean, lawyers have to have good malpractice insurance because at some point, they are going to be sued for something stupid or dishonest that they did–not because the client is an idiot. No. It will definitely be the attorney’s fault.

What type of dumb or shady thing would a lawyer do anyway? I am sure we can all come up with some lackluster examples, but I have one that beats all of yours. What if a woman were to go to the office of a divorce lawyer and ask for help with her divorce? And what if, on hearing this request, that lawyer went ahead and helped her without giving her the proper disclosure that getting a divorce could lead to being divorced? Clearly that attorney would just be trying to get that paycheck without any regard for the client, right?

I am sure you–if you are a lawyer or are preparing to be one–would never make this mistake. I mean, you probably have warning signs in your office to alert incoming clients to this little-known side effect of divorce. I am sure you are all good guys looking to help your clients, not trick them; however, at least one lawyer has done this hateful crime. And it all happened in the UK.

Jane Mulcahy is a good Catholic who would never do something horrible like get a divorce. So when she entered the office of what would soon be her archenemies and asked for help with her divorce, she did not, and could not, know that soon the worst thing imaginable would happen: she would be divorced.

Now, as Ms. Mulcahy was not herself familiar with the field of law, it could not be expected that she came into the law firm with the knowledge that we, members of the legal world, have on this subject. I still remember, after all, the week in law school that we spent talking about the meaning of divorce and how, at the end of the proceedings, it would somehow end up with the termination of a marriage. It was a shocking revelation, indeed, and one that not a lot of outsiders were privy. So, of course, with this being such a legal secret, it is very plausible that this poor, abused woman had no idea what a divorce was when she asked for one.

Because of the murky definition of divorce, and knowledge of Mulcahy’s strong religious beliefs, it was the duty of her solicitors to inform her that if she were to get a divorce, her marriage would, in fact, be terminated. Also, they should have advised her instead to get a judicial separation–which is basically just all the benefits of a divorce without the sin of a failed marriage. In other words, it was perfect for Mulcahy, and yet her lawyers did not let her know about it. (It is my humble opinion that divorces probably make the lawyers more money, and so they deceitfully hid the meaning of divorce from their client to make a few more bucks from themselves. They should be ashamed.)

When Mulcahy learned of the trickery that had been done to her, she did not take it lying down. Instead, she sued. See, dirty lawyers? This is what happens when you play fast and loose with the lives of your clients: you get sued and lose lots of money … wait. What? A judge dismissed the claim? Man. Clearly, we are dealing with a crooked judicial team as well. Will justice ever be served to the poor, downtrodden Mulcahys of the world? Probably not. They all have pretty bad karma from committing the sin of divorce. Payback is a bitch, after all.