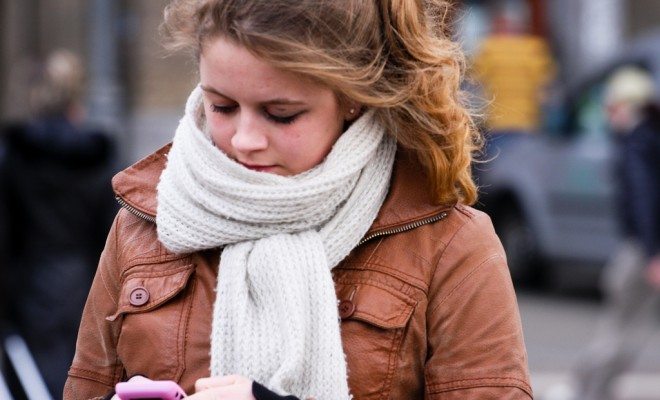 It’s a habit that I know I’m certainly guilty of sometimes–looking at my phone while I walk. Whether it’s answering a quick text, scrolling through an email, checking directions, or switching the song I’m listening to, it’s easy to look down and get distracted by my phone. And it’s certainly a bad habit, but it’s not illegal. At least not right now–a state lawmaker in New Jersey wants to make texting while walking illegal in the Garden State.

New Jersey Assemblywoman Pamela Lampitt has proposed a bill that would make walking and using your phone illegal, unless the device is hands-free. People who are caught violating the law could face a $50 fine, or up to 15 days in prison. These penalties are consistent with the punishments for jay walking. According to Lampitt, the money that comes in from imposing these penalties would in part be used to educate citizens about the dangers of texting and walking.

Lampitt explained her motivations for the bill, explaining texting and driving as a public safety issue. She stated: “An individual crossing the road distracted by their smartphone presents just as much danger to motorists as someone jaywalking and should be held, at minimum, to the same penalty.”

According to Mashable the bill also relied on a:

National Safety Council report that shows distracted walking incidents involving cellphones accounted for an estimated 11,101 injuries from 2000 through 2011. The study found a majority of those injured were female and most were 40 or younger. Talking on the phone was the most prevalent activity at the time of injury, while texting accounted for 12 percent. Nearly 80 percent of the injuries occurred as the result of a fall, while 9 percent occurred from the pedestrian striking a motionless object.

While there are many states that ban texting and driving (as well as doing other things on your phone), bills that would punish texting and walking haven’t been so successful, failing in Arkansas, Illinois, Nevada, and New York.

It’s certain that texting and driving can be dangerous–but whether or not it should be penalized seems to be a different question entirely. It will take time away from law enforcement officers who could be enforcing more serious laws, and many are arguing that this proposed law is a classic case of government overreach. As of right now, there hasn’t been a hearing scheduled for the bill yet, so we’ll have to see if it even comes into consideration in New Jersey.

Anneliese Mahoney
Anneliese Mahoney is Managing Editor at Law Street and a Connecticut transplant to Washington D.C. She has a Bachelor’s degree in International Affairs from the George Washington University, and a passion for law, politics, and social issues. Contact Anneliese at amahoney@LawStreetMedia.com.
Share:
Related ItemsGPSJaywalkingNew JerseySmartphonesTechnologyTexting and Walking