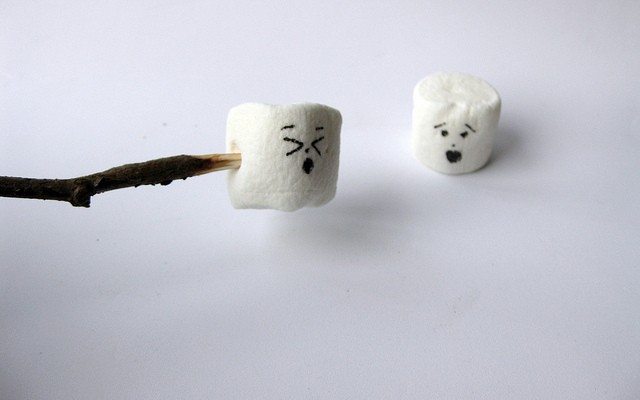 There are two lessons I learned from the following story:

It all started in 2003 when Hope Clarke forgot to put her hot chocolate and marshmallows away one night when she was visiting Yellowstone. Helpful hint: if you are visiting a national park, do not forget to put away your food. There is actually a good reason for this: animals that eat people-food. So, when she forgot to put away her food she received a $50 fine that was probably reasonable and frankly would in no way inspire me to write about it. So why am I?

To answer that, let’s move forward to 2004. Clarke, in another travel-related expedition, went on a cruise to Mexico. Everything was going great, and–I assume, but I did not ask her this myself–if you had asked her right before she exited the cruise when it landed back in the US, she probably would have told you that she had a good time; however, the government had something to say about this smooth sailing.

You see, Clarke did not exit the ship of her own accord. She was escorted out of the ship in handcuffs after having been awakened at 6:30am by federal agents. The agents then dragged her before a judge in leg shackles.

Well, customs agents who meet ships at the port and perform random checks of passenger lists had found an interesting thing on Ms. Clarke’s record: that year-old $50 fine from Yellowstone. They did what they would have done to any hardened criminal and immediately threw her before a judge.

Clarke tried to come up with some defense for her horrid deed. She said something really lame like that Yellowstone would not let her leave until she paid the fine, and thus, since she was not still in the park, she must have already paid it. Of course, she might have said that a little more respectfully, but I wouldn’t know since I wasn’t there.

Clearly she was lying, though. There was no way this would have happened if that fine had already been paid. So basically, she should have been thrown in jail for both the unpaid fine and perjury. Only wait, the judge went a different way. Instead of buying either the story of the criminal or the claims of the feds, he looked at the citation itself, which said that the fine had indeed been paid. Understandably after that he dropped the case and Clarke was free to go while the government was left to ponder what exactly had gone wrong.

All I know is that my mom was right: if you don’t clean up your mess right now, young lady, bad things are going to happen.

Ashley Shaw
Ashley Shaw is an Alabama native and current New Jersey resident. A graduate of both Kennesaw State University and Thomas Goode Jones School of Law, she spends her free time reading, writing, boxing, horseback riding, playing trivia, flying helicopters, playing sports, and a whole lot else. So maybe she has too much spare time. Contact Ashley at staff@LawStreetMedia.com.
Share:
Related ItemsArrestCourtFailFeesFinesJudgeMexico