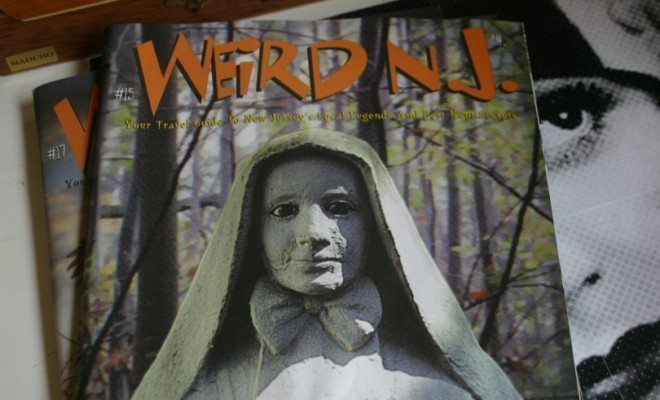 Weird New Jersey News: Stolen Underwear Police Chase and A Man Who Lived Under a Bed

There are times I love living in my adopted state of New Jersey–please don’t be shocked non-New Jersians (or even New Jersians); all the bad press isn’t true.

However, there are other times when I am reminded that this is a state where grown men hide under beds for days and multi-state car chases occur over stolen supermarket undies.

It is at these times that I ask myself if there is something wrong with me that I purposely select this bunch of weirdos to live amongst.

A Simple Game of Hide and Seek: A Man Stays Under Ex’s Bed for Three Days Before Family Notices

You know why it is always a good idea to check under all of your beds at night?

Because if you don’t, somebody might just live under there for three days without you ever noticing. Which is pretty weird.

Jason Hubbard, of Spotswood, New Jersey, decided that a great place to hang out would be in the spare room of his ex-girlfriend’s family home under the bed where she used to stay. Now, he was savvy enough to realize that if he asked for permission to make his home under there, he might be asked to leave.

They say you should never ask for permission, just forgiveness after you are caught. That is what Hubbard did here. He just waited until someone left the door open to take out the trash, waltzed right in, and got under the bed.

There, he stayed hidden–probably in order to win the world hide and seek record–for three days before he finally messed up. It’s a hider’s job to stay as silent as possible. Hubbard finally made a noise loud enough to get him caught on the third day, and the police were summoned.

What was he doing to pass the time while he hid there? For starters, he was charging his four cell phones.

Now, let’s move away from the hiding and move on to the chasing.

It happened because the man, Robert Ritter, had been spotted shoplifting $21 worth of undies from a Brooklawn, New Jersey supermarket. In my opinion, this might just be the best reason ever for a police chase.

On Monday, an office saw Ritter chilling in his van so the cop went after the Rain Man of robbers. Ritter fled back and forth from Jersey and Philly until he was finally caught.

One good thing came out of this story, though.

If you have to be taken in to custody and strip-searched, how embarrassing would it be if it happened when you were wearing old undies? Good thing for Ritter he was prepared with his brand new supermarket pair.

New Jersey is a nice, if expensive, place to live. However, that does not mean it is not without its weirdos.