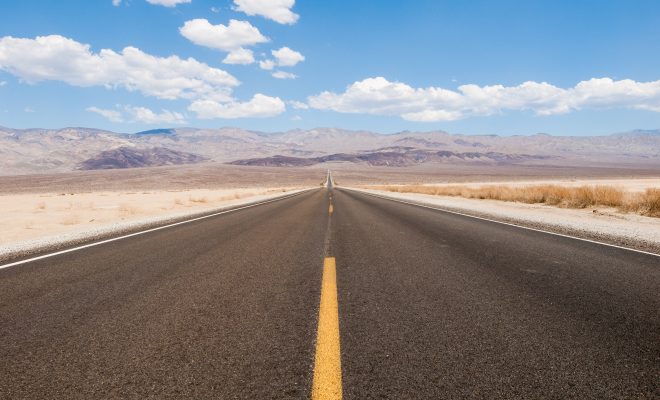 When the police arrived at the Tromp family home, they were confused. The front door was unlocked, phones and credit cards still there, keys left in the ignition of the family’s cars, business papers strewn around, and a family nowhere to be seen. The case that left Australian police bewildered may now be one step closer to an explanation, as the father released a statement on Tuesday.

Police sergeant Mark Knight called it the most bizarre case that he’d seen in 30 years. “This is a really unusual case,” Knight said. “We know the family was obviously traumatized by something. We didn’t know what it was.”

On Monday, August 29, Mark and Jacoba Tromp left their farm in Silvan–a small town in Victoria, Australia–with their three adult children Riana, Mitchell, and Ella. They took one of the family cars on a road trip and ended up 825 kilometers away from Silvan in Bathurst, New South Wales. It was supposed to be a technology free trip, and although the son Mitchell brought his cell phone, he threw it out the window a half an hour into the drive.

The next day Mitchell left his family in a suburb of Bathurst and took the train back to Melbourne, where he talked to the police. He told them that his family had become increasingly paranoid and started to fear for their lives.

“I turned around and saw two legs stretched across the back between my seat and the floor. She was lying on the floor,” Whittaker told the Goulburn Post. “I got an extreme shock. I pulled over in a rest area. About 20 minutes later the young woman sat up and was staring straight ahead. I asked her who she was and if she was all right? She did not know her name and had no idea where she was.”

What’s going on with Mark Tromp and his family? pic.twitter.com/8LQSeMdxvV

Ella kept driving south until she reached their home.

On Wednesday night, a couple in Wangaratta claimed that someone who looked like Mark Tromp, the dad, was “stalking” them while they played Pokémon Go in their car.

“I could barely see his headlights because he was that close to my car,” the young man told The Age. He said the man then got out of his car and briefly stood still, staring at the middle of the road before disappearing into the woods.

On Thursday, September 1, mother Jacoba Tromp was found wandering around in Yass, a town outside Canberra. She was taken to a nearby hospital and was later transferred to the same facility as Riana in Goulburn, where she received psychiatric care.

On Saturday Mark Tromp was finally found walking the streets close to Warangatta airport. Then on Tuesday he released a statement apologizing for his behavior. In the statement he said:

In recent days my family has been through a difficult period. We will soon be reunited together, I hope that we will begin to make sense of our ordeal and return to a normal life […] More than anything, my family and I need time to recover and receive appropriate assistance, including mental health services.

While there has not been any official explanation for what happened or what caused an entire family to have what appears to have been a mental breakdown, speculation has ranged from drugs and environmental poisoning to a serious threat to their lives.

News.com.au argues that this may be a case of a phenomenon called folie à deux or folie à plusieurs–madness of two or madness of many. This syndrome can be shared by two or more people in a close relationship such as a married couple or family members. The affected fall into a spiral in which they reinforce each other’s delusions, which increases in cases of social isolation. All family members worked at their berry farm seven days a week.

Mark is now staying with his brother. The youngest daughter Ella has been charged with car theft and has a court date in April 2017.

Emma Von Zeipel
Emma Von Zeipel is a staff writer at Law Street Media. She is originally from one of the islands of Stockholm, Sweden. After working for Democratic Voice of Burma in Thailand, she ended up in New York City. She has a BA in journalism from Stockholm University and is passionate about human rights, good books, horses, and European chocolate. Contact Emma at EVonZeipel@LawStreetMedia.com.
Share:
Related ItemsAustraliaBizarreCar TheftFamilyFolie à DeuxPsychological IssuesPsychosisRoad TripTrompTromp FamilyWeird News