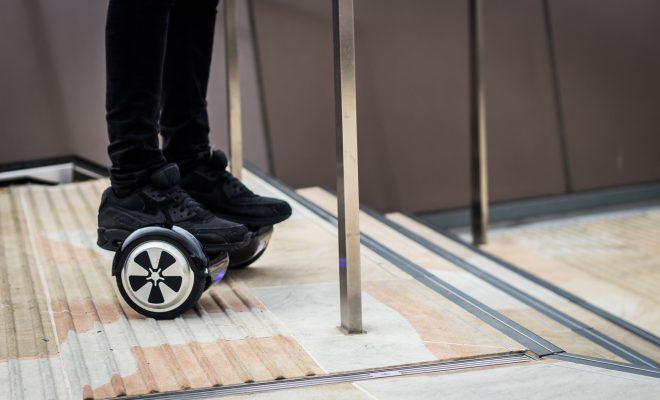 Remember hoverboards? They were briefly popular a couple years ago, until it was discovered that they sometimes caught on fire and were also really hard to ride without falling all over yourself. But hoverboards aren’t totally out of the mainstream yet (although I suppose that depends on how you define mainstream.) One hoverboard manufacturer, Sidekick Group, is suing Jennifer Lopez, claiming that she didn’t follow through on her obligation to promote the company on her social media platforms.

According to the company, Sidekick Group, Lopez signed a contract in 2015. The company provided JLo with 42 custom hoverboards to be used in her Las Vegas Show at Planet Hollywood. In return, Lopez was supposed to promote the company on her social media platforms–specifically Instagram and Twitter–at least once every three months. That would be a big boost for the company, given that Lopez has over 100 million followers between the two social media platforms. But the company claims that Lopez didn’t follow through on her obligation. The company is now suing Lopez for roughly $55,000, which it claims is what the customized hoverboards are worth.

That relatively low ask has raised some eyebrows. Forbes has Lopez’s net wealth for 2016 listed at almost $40 million. It seems as though Lopez, or the producers of her show, could have purchased the hoverboards without needing to come to any sort of agreement for promotion.

Media outlets have pointed out that Lopez did follow through on the promise at least once, when she tweeted footage from her show, complete with background dancers on the hoverboards.

J-Lo’s team doesn’t appear to have responded to any requests for comment about the lawsuit, and it’s unclear why she may not have posted about the hoverboards. But, we’ll see if she has to pay up, or if this lawsuit just rolls off of her (pun intended.)

Anneliese Mahoney
Anneliese Mahoney is Managing Editor at Law Street and a Connecticut transplant to Washington D.C. She has a Bachelor’s degree in International Affairs from the George Washington University, and a passion for law, politics, and social issues. Contact Anneliese at amahoney@LawStreetMedia.com.
Share:
Related ItemsHoverboardInstagramJennifer LopezPerformanceTwitterVegas