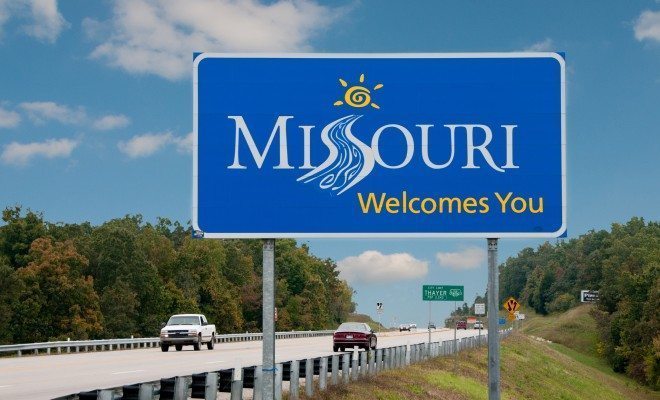 The Dumbest Laws in the United States: Missouri and Illinois

Ah, Missouri, the Show Me state. Let me just jump right into this edition of The Dumbest Laws in the United States. In Missouri, you can’t honk the horn of a car that’s not yours unless you have the owner’s permission. Be sure to ask if it’s okay to honk the driver’s horn if you are the passenger in a car and feel offended by something another driver did. Furthermore, one may not “attempt to manipulate any of the levers, starting device, brakes, or machinery thereof, or set the machinery in motion” if you do not own said machinery. Also while on the topic of cars, Missouri has a law simply stating that it is illegal to speed. In case anyone wasn’t aware. 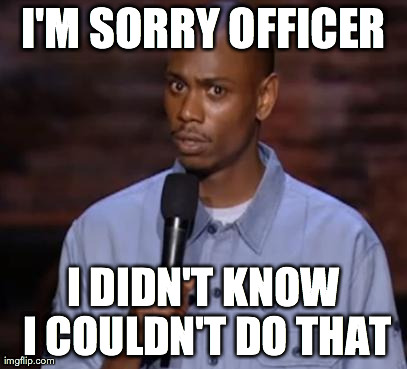 I can’t honk the driver’s horn? I can’t SPEED? WHAT?

In Colombia, Missouri, drinking in a bar between the hours of 2:00am and 6:00am is strictly prohibited. It would be a difficult task seeing as how most bars close at 2:00am. Perhaps it’d make more sense to ban breaking into closed bars and drinking inside. In University City, owning a PVC pipe is illegal as it is considered drug paraphernalia. Perhaps too many students were converting the pipes into bongs. In University City, yard sales located in one’s front yard are also banned. The law does not mention sales in back yards, however, so perhaps doing so is permitted?

It frightens me to think of what instances prompted Illinois to create such a law, but the state has one banning sex with a corpse. Sex offenders there are prohibited from taking part in holiday festivities such as passing out candy to children or acting as Santa Claus. I mean, makes sense sort of, especially for registered sex offenders who are pedophiles.

Both those laws up there? Messed up.

One law listed as “stupid” actually makes a lot of sense to me. Individuals younger than 21 may drink alcohol if they are enrolled in a culinary program. I mean, if this weren’t allowed, how else would aspiring chefs know about wine pairings or using alcohol in cooking?

In my oh-so-humble opinion, another “dumb law” that is actually very sensible is one that prohibits hanging dangling objects from rear-view mirrors. I find them personally distracting while driving but maybe that’s  just me.

In Illinois’ famous capitol city, Chicago, citizens with an expired city sticker on their cars can receive a fine of $120. Also, all businesses “entering into contracts with the city must sift through their records and report any business they had dealing with slaves during the era of slavery.”

Citizens of Collinsville, Illinois must have gotten sick of seeing young men whose boxers peek over their pants while walking around. Or perhaps they got sick of seeing a few too many plumber cracks. Yes, in Collinsville, wearing sagging pants is illegal, so tighten up those belts!

Marisa Mostek
Marisa Mostek loves globetrotting and writing, so she is living the dream by writing while living abroad in Japan and working as an English teacher. Marisa received her undergraduate degree from the University of Colorado in Boulder and a certificate in journalism from UCLA. Contact Marisa at staff@LawStreetMedia.com.
Share:
Related ItemsDumb LawsIllinoisLawsMissouriStupid Laws