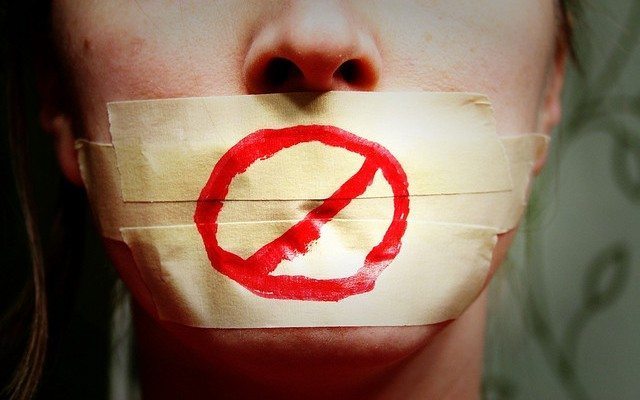 Most of us remember Todd Akin, former Missouri Senate candidate, for his comments about how women cannot get pregnant if they are “legitimately raped.” Unfortunately for him, and for everyone who has to deal with his moronic comments, the fiasco hasn’t ended there. In a recent attempt to explain his 2012 comments, all he did was dig himself into a deeper hole. It’s probably time to just stop talking, Mr. Akin. I mean, I’ve heard from doctors that if you legitimately have stupid thoughts, you won’t say them because your mouth has the ability to shut the whole thing down. Or, in this case, your hand will lose its ability to write a book if you plan to write legitimately ridiculous words.

In his new book (how did he get a publishing deal?), Firing Back, Akin defends his infamous 2012 “legitimate rape” comments and blames the evil media for spinning the whole thing. Someone needs to explain to Akin what spinning means, because he obviously doesn’t know. The media saying exactly what a politician says during an interview is not spin, Mr. Akin. That’s what we call “reporting the facts.”

In what I am sure is a positively invigorating piece of literature, Akin tries to educate his readers about what “legitimate rapes” are. You see, some rapes are not “legitimate” because some women falsely accuse, and when he spoke about a woman’s body shutting “that whole thing down,” he didn’t mean the reproductive system battening down the hatches. Rather, he was referring to rape-related “stress” inhibiting her ability to get pregnant. He does concede that perhaps his wording was a little off.  I feel like I need a Todd Akin Dictionary of Rape Terms to understand this guy’s insane reasoning.

His comment brings up so many questions: what exactly is “illegitimate rape?” When a woman rejects sex sarcastically? When her attacker rapes her in a certain location? As far as I, and hopefully most other people with common sense know, uteri and fallopian tubes don’t have the capability of self-realization. I’ve never heard a case of ovaries yelling, “We’re under attack! Shut the whole thing down!” to their reproductive-system comrades.

Reviews say that the take away from his new book is that despite his apology immediately following the comments in 2012, Akin is legitimately not sorry. Apology redacted.

Marisa Mostek
Marisa Mostek loves globetrotting and writing, so she is living the dream by writing while living abroad in Japan and working as an English teacher. Marisa received her undergraduate degree from the University of Colorado in Boulder and a certificate in journalism from UCLA. Contact Marisa at staff@LawStreetMedia.com.
Share:
Related ItemsCampaignsCandidatesCongressGaffesHealthHuman BodyLegitimate RapeMissouriPolitical FailPoliticsPregnancyRapeReproductionScienceSenateSexual AssaultStupidityTodd AkinUS SenateWomen's Health