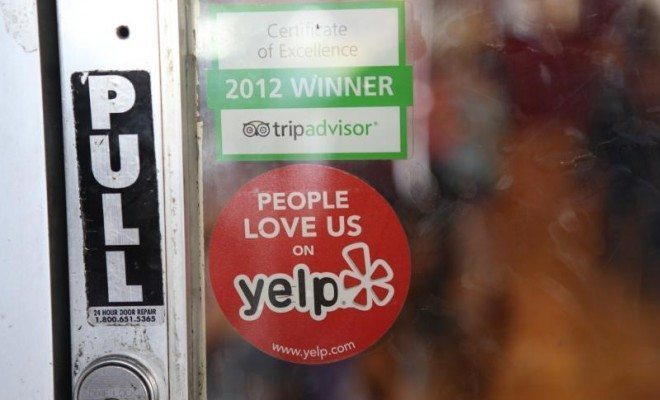 Imagine this: you hire a contractor to install new hardwood floors. After the job is done, you discover that the floors weren’t built to code, multiple doors no longer fully open, and boot prints were visible in the varnish. So, you go on Yelp and submit a scathing review, “Absolutely horrible experience… The quality of the work is deplorable. Be warned!” Six months later, the company sues you for civil theft, intentional interference, and defamation, claiming that your online reviews had caused it to lose $625,000 worth of business, or $250,000 in profits; The company demands $125,000 in compensation. $60,000 in legal fees later, you settle for $15,000.

Unfortunately, this story is not a mere hypothetical. This is the story of Matthew White, a Denver-area resident who has become one of countless victims of Strategic Lawsuits Against Public Participation (SLAPP). In today’s online environment, a few bad reviews on Yelp can derail a fledgling company. SLAPP is the term used to describe legal claims made with the intention of silencing critics, despite having little chance of prevailing in court.

In response, consumer, media, and activist groups have lobbied for anti-SLAPP laws, and 28 states and Washington D.C. have passed laws intended to discourage SLAPP suits. There is no federal law yet, however.

Yelp, the $3 billion San Francisco company that publishes crowd-sourced reviews about local businesses, opened a political office in Washington last year to push for anti-SLAPP laws. In May, the Free Speech Act was introduced to a Congressional committee. According to Laurent Crenshaw, who handles national policy for Yelp, “This issue is really one that hits close to the heart for Yelp… The concern is that these types of lawsuits, even if not incredibly common, will have a chilling effect on people’s engagement online.”

The Free Speech Act aims to curb SLAPP suits by requiring a plaintiff in a speech-related case pertaining to matters of public concern to prove that he is likely to prevail. If he is unable to, the case would be automatically dismissed “with prejudice,” allowing the defendant to recover legal fees.

Yelp has built an impressive anti-SLAPP coalition, with endorsements from two major tech industry groups, the Internet Association and the Consumer Electronics Association, and has consulted with the likes of Facebook and Google. “Yelp’s involvement has been huge… It has really been tremendous for the cause” said Evan Mascagni, policy director for the Public Participation Project, a coalition pushing for anti-SLAPP laws.

Still, the road to a federal anti-SLAPP law will be long and arduous. Government transparency website GovTrack.us gives the Free Speech Act a 13 percent chance of being enacted, and accusations against Yelp claiming that the website solicited money for removing negative comments certainly does not help. Yelp is going to need to step up its game if it wants users to leave unfettered reviews without the fear of losing thousands in SLAPP lawsuits.

Hyunjae Ham
Hyunjae Ham is a member of the University of Maryland Class of 2015 and a Law Street Media Fellow for the Summer of 2015. Contact Hyunjae at staff@LawStreetMedia.com.
Share:
Related ItemsAnti-SLAPPFacebookGoogleLegislationSan FranciscoSLAPPYelp