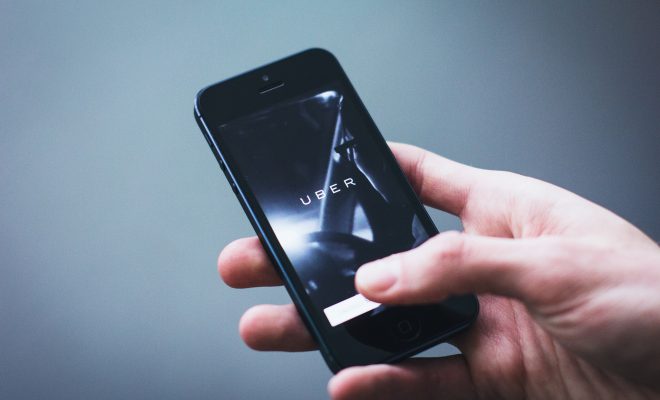 Uber will start requiring its drivers to periodically snap selfies before being able to accept new rides. The company described its new move as a security measure that will prevent fraud and protect drivers’ accounts. But critics say it is just a sign that some drivers have not gone through background checks.

The tech company has long resisted more secure safety measures such as the use of fingerprints when running background checks, which are outsourced to a company called Checkr. Criticism has come from the fact that the prospective driver only has to enter all his personal information online before applying and doesn’t meet anyone from the company in real life before starting to pick up rides.

The absence of fingerprint checking leads to drivers swapping accounts with each other, according to David Sutton from a campaign run by the Taxicab, Limousine and Paratransit Association. He said to the Verge:

This is Uber acknowledging drivers share their accounts and the company’s effort to reduce this practice. Despite intense criticism of Uber’s screening process, the company is admitting there are drivers who’ve never undergone any form of background check.

One driver admitted to this practice in 2014: if you don’t want to be screened before driving for Uber, you just put your information on another driver’s account who doesn’t want to work anymore and you’re all set.

Uber chief of security Joe Sullivan explained in a blog post how the new selfie method will work. Drivers first take a selfie in the Uber app.

We then use Microsoft’s Cognitive Services to instantly compare this photo to the one corresponding with the account on file. If the two photos don’t match, the account is temporarily blocked while we look into the situation.

Here’s how Uber drivers now have to take a selfie, to improve safety. pic.twitter.com/TevDeydtEg

But it sounds a little risky to trust the technology that much. And what if the app doesn’t recognize a driver, even if it’s the same person in both pictures? Sullivan admitted in the blog post that there had been cases of mismatching during the pilot testing of the app service. But he said that more than 99 percent of photos were matched correctly, and the ones that weren’t were due to blurry profile pictures on the drivers’ pages. The post stated:

Given that verification takes only a few seconds to complete, this feature proactively and efficiently builds more security into the app.

Throughout the years Uber drivers have been involved in drunken driving, murder, kidnapping, killings of pedestrians, assault and sexual assault. Time will tell if the selfie security will do anything about these problems.

Emma Von Zeipel
Emma Von Zeipel is a staff writer at Law Street Media. She is originally from one of the islands of Stockholm, Sweden. After working for Democratic Voice of Burma in Thailand, she ended up in New York City. She has a BA in journalism from Stockholm University and is passionate about human rights, good books, horses, and European chocolate. Contact Emma at EVonZeipel@LawStreetMedia.com.
Share:
Related ItemsAppBackground ChecksCar SharingRidesharingsecuritySelfieTechUber