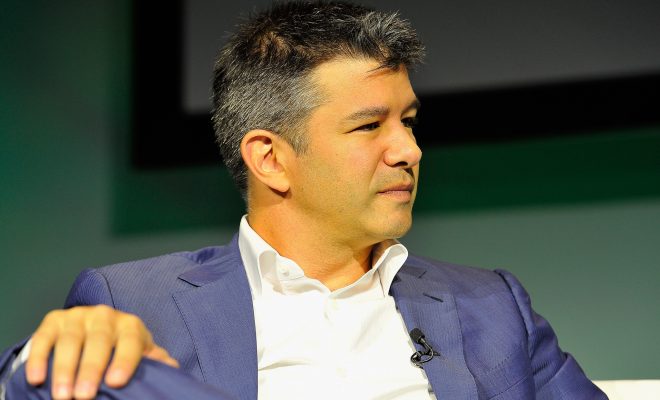 Meet Greyball: Uber’s Tool to Evade Officials Around the World

The night Uber cars went live on the streets of Portland, Erich England failed to catch a ride. At the time, news reports concluded England failed because of excessive demand. It turns out that Uber, which entered Portland’s market illegally and without approval from the city, was deliberately steering cars away from England, a code inspector who was dispatched as part of a sting operation on the ridesharing service. How was Uber ensuring England, and other city officials, did not find themselves in an Uber vehicle? By using a tracking tool known as Greyball.

Four current and former Uber employees described the Greyball tool to the New York Times as such: when a prospective rider is determined to be a law enforcement authority of any kind, he or she would see the Uber app as any other customer would. But their app would be a fake; the triangular symbols on a map that indicates where Uber cars are located, for the officials, would be “ghost cars.” If by chance a real driver picked up an official, Uber would call the driver to tell them to end the ride.

Skirting city officials, and identifying them, is accomplished through a variety of techniques. In one, Uber would set up a “geofence,” essentially a digital perimeter, around buildings where officials worked. Within the “geofence,” the people who frequently opened and closed the Uber app were sometimes flagged–“Greyballed”–as city officials. When they attempted to hail an Uber, a fake app would replace the real one, and “ghost cars” would replace actual ones. Another technique would examine users’ credit card information to determine whether the card was tied to a city agency. Uber has Greyballed authorities in Boston, Paris, Las Vegas, Australia, China, Italy, and South Korea.

Initially, Greyballing was used as a way to protect drivers in foreign countries where their safety was endangered by angry taxi drivers. In 2015, for instance, taxi companies and workers in Paris attacked Uber drivers. Uber would use the Greyball technique, part of a larger program called VTOS, or “violation of terms of service,” by identifying potentially nefarious actors. When it realized its potential uses in skirting officials from cities where it was unwelcome, the employees said, Uber used Greyball in that capacity as well.

Uber released a statement denying any wrongdoing. “This program denies ride requests to users who are violating our terms of service — whether that’s people aiming to physically harm drivers, competitors looking to disrupt our operations, or opponents who collude with officials on secret ‘stings’ meant to entrap drivers,” a spokesman said.

With an estimated value of $70 billion and a ubiquitous presence in 70 countries, Uber seems like an implacable behemoth. But it has recently been embroiled in controversy, and many people are calling for its CEO, Travis Kalanick to step down. Earlier this week, Kalanick was videotaped by an Uber driver who he got caught in a heated exchange with. And last month, a former Uber engineer detailed sexual harassment she experienced while at the company. Her account was followed by other, similarly disturbing accounts.

Over the past few years, Uber has finagled its way into cities and markets around the world, at times without permission and without regulation. Last year, Uber lost the battle to continue its operations in China. But it remains a wealthy and powerful player in markets around the world. While Uber’s legal team authorized the use of Greyball, some in the company had qualms over the legality of the tool. As the company faces scrutiny from a number of angles, can it figure out a way to survive and continue its dominance?

Alec Siegel
Alec Siegel is a staff writer at Law Street Media. When he’s not working at Law Street he’s either cooking a mediocre tofu dish or enjoying a run in the woods. His passions include: gooey chocolate chips, black coffee, mountains, the Animal Kingdom in general, and John Lennon. Baklava is his achilles heel. Contact Alec at ASiegel@LawStreetMedia.com.
Share:
Related ItemsGreyballRide-SharingTravis KalanickUber