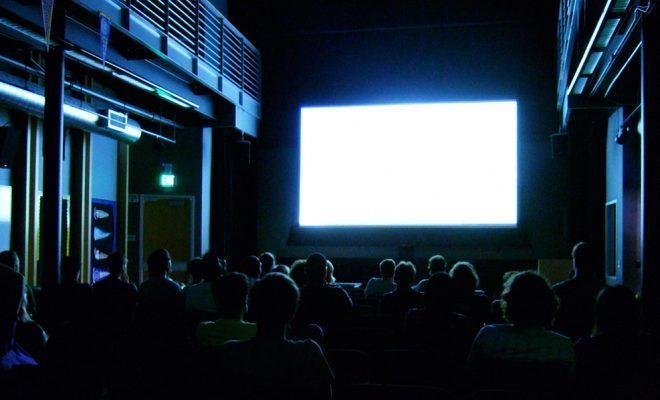 An unnamed Valparaiso University student was arrested in a Rosemont, Illinois Muvico theater by police officers acting on a tip from over 8,000 miles away. His crime? Illegally sharing copyrighted content online via Facebook Live.

The student was watching a local premiere of the Bollywood romantic comedy film “A Aa,” and was allegedly using his cellphone to record and stream video of the screen live to his Facebook friends.

Facebook’s Live feature is relatively new to the platform, and allows users to stream live video of themselves and their surroundings to their Facebook friends, or the general public. After the live stream is finished, the video is saved on your Facebook account. These videos can be made public, and in that case, could be viewed by millions. One live video in particular–an über-viral clip of a Texas mom trying on a Chewbacca mask–garnered over 150 million views. It’s clear that a Facebook Live video can attract a large audience under the right circumstances, and isn’t just a moment shared between friends.

The content was flagged by an anti-piracy team working for the studio Bluesky Cinemas in Hyderabad, India. The team managed to remove the posting, and contacted the Muvico theater where the screening was taking place. Theater management then contacted the police, and soon after the student was arrested at the theater. When police arrived, they deleted the video from the student’s phone–Facebook Live has an option to save the video you’re recording to your camera roll. Only a few minutes had been recorded by that point.

Someone illegally distributing copyrighted material online can be liable for both civil and criminal offenses, and police involvement isn’t a completely unprecedented intervention. While it seems like an overreach of power to arrest someone for using their phone at a movie theater, officials insist that they prevented an incident of real cybercrime. An arrest like this raises the question of whether our anti-piracy laws are effective, or simply impossible to reasonably enforce.