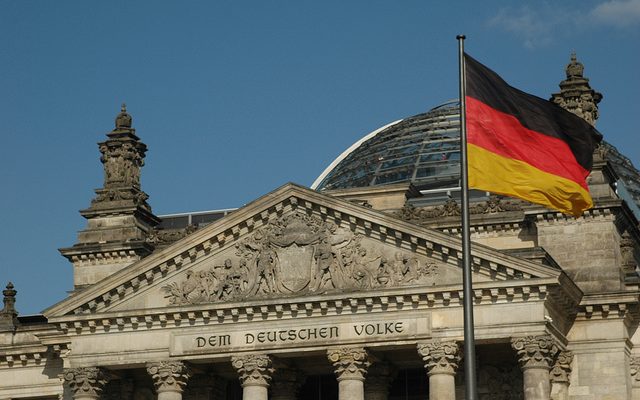 The parliament in Germany passed a controversial bill last Friday that would give social media companies such as Google, Facebook, and Twitter 24 hours to remove explicitly hateful speech and “obviously illegal” content before facing a fine of up to 50 million euros ($57 million).

Holocaust denial, dissemination of Nazi symbols, racist agitation, and antisemitic language are considered illegal under Germany’s criminal code and would qualify for prompt removal under the Network Enforcement Act, or “Facebook law,” as some are calling it.

The law, which will take effect in October after Germany’s elections, is the toughest of its kind. It also states that social media companies will have seven days to remove other, less offensive posts, and will have to submit a public report on the complaints they have received every six months and explain how they dealt with each instance.

German Justice Minister Heiko Maas has said he wants to treat Facebook as a media company, thereby making it legally liable for hate speech on its platform.

“Freedom of opinion ends where criminal law begins,” Maas said, adding that hate crimes in Germany have increased by 300 percent in the last two years.

Germany already has some of the world’s strictest regulations regarding libel, defamation, and hate speech. However, in light of recent attacks and instances of homegrown terrorism across the continent, German and European lawmakers are facing pressure to further limit radicalization and offensive speech online.

In 2015, the European Commission created a voluntary code of conduct that called for web companies to remove videos that incite terrorism or hatred.

After the attacks in London, both British Prime Minister Theresa May and French President Emmanuel Macron said they are considering laws similar to Germany’s to fine companies that “fail to take action” against terrorist propaganda and violent content.

Facebook said in a statement, “This law as it stands now will not improve efforts to tackle this important societal problem.” And in another statement from May, the company said that the measure “provides an incentive to delete content that is not clearly illegal when social networks face such a disproportionate threat of fines. It would have the effect of transferring responsibility for complex legal decisions from public authorities to private companies.”

Because of its war-torn past, Europe has been more willing to place restrictions on freedom of speech in favor of limiting propaganda and hate speech than the United States. However, critics and human rights groups say this law may be going too far.

“Many of the violations covered by the bill are highly dependent on context, context which platforms are in no position to assess,” said David Kaye, the U.N. Special Rapporteur to the High Commissioner for Human Rights. “The obligations placed upon private companies to regulate and take down content raises concern with respect to freedom of expression.”

Joe McNamee, the executive director of the digital rights group EDRi, said that the law could establish a precedent for “wholesale privatization of freedom of expression,” with “large internet companies deciding what they want the public discourse to be.”

Celia Heudebourg
Celia Heudebourg is an editorial intern for Law Street Media. She is from Paris, France and is entering her senior year at Macalester College in Minnesota where she studies international relations and political science. When she’s not reading or watching the news, she can be found planning a trip abroad or binge-watching a good Netflix show. Contact Celia at Staff@LawStreetMedia.com.
Share:
Related ItemsFacebookFineFree SpeechFreedom of ExpressionGermanyGoogleHate SpeechSocial MediaTwitter