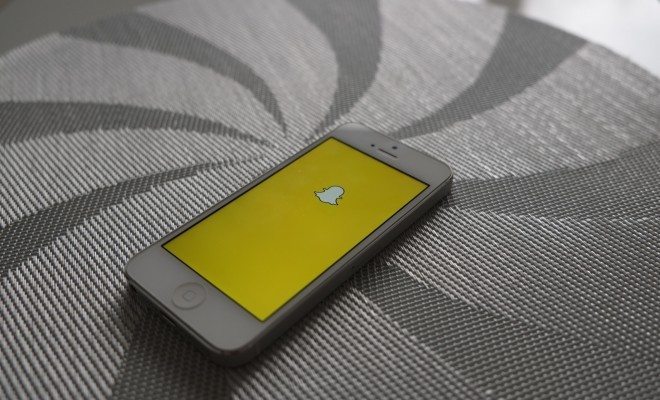 When Snapchat first burst onto the social media scene in late 2011, it was widely viewed as a limited and silly app with few practical uses. While news outlets pushed splashy headlines about it being a “sexting app,” most thought that sending temporary pictures to friends was a fad that would run its course. But Snapchat has grown by leaps and bounds, and has become so much more than just a portal for nude photos and silly videos. And yesterday, during its coverage of the San Bernardino shooting, it became a breaking news platform.

Details are still being unraveled about the tragic events in San Bernardino, California yesterday that led 14 dead and many injured. But as with almost every mass shooting or highly publicized tragedy since the dawn of the internet age, viewers from across the country and world checked news sites and social media platforms for the latest explanation on what was happening. Snapchat joined that fray by creating a “California Shooting” live story that allowed users to upload the photos and videos they had to the app. The Snapchat team then selected which ones to feature in order to create a full picture for viewers, in addition to writing news commentary that appeared over the pictures and informed viewers even further.

Interesting to watch how @Snapchat has become a gatekeeper of the news. #SanBernardino pic.twitter.com/Akctc8fwnr

Snapchat’s story of #SanBernardino pulls you in close and suggests the potential of stitched real-time documentary. pic.twitter.com/i3HbeSH4Kh

While many have applauded Snapchat for its breakthrough and revolutionary approach to covering real time news, others have expressed concern. After all, despite what Snapchat is evolving into, many still use it for purely entertainment purposes. Advertising coverage of a mass shooting may be disturbing to some browsing the app and unaware of the situation. Others have posited that it’s disrespectful to the victims.

While those are all incredibly valid points, real time coverage of breaking news stories isn’t going to end any time soon. Whether or not Snapchat is the appropriate vehicle for that coverage is certainly a fair discussion, but Snapchat’s drive to continue monetizing its app, and Americans’ vociferous appetite for breaking news probably mean that this new feature is here to stay.

Anneliese Mahoney
Anneliese Mahoney is Managing Editor at Law Street and a Connecticut transplant to Washington D.C. She has a Bachelor’s degree in International Affairs from the George Washington University, and a passion for law, politics, and social issues. Contact Anneliese at amahoney@LawStreetMedia.com.
Share:
Related ItemsBreaking NewsCaliforniaReal Time NewsSan BernardinoShootingSnapchat