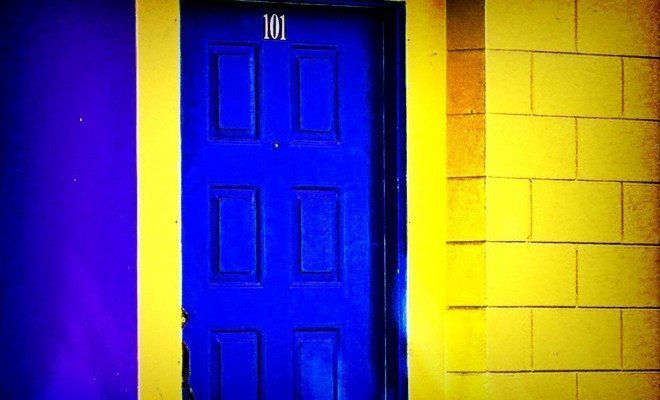 #PorteOuverte: Fighting Fear in the Heart of Paris

On Friday night, as the throngs of terrified Parisians sprinting through the streets scrambled to find safe haven in the midst of the attacks, #PorteOuverte  (“Open Door”) erupted across Parisian Twitter and Facebook accounts. Parisians tweeted out their neighborhood, their phone numbers, which languages they speak, and the number of free beds they could spare for the night. Some even tweeted out their exact addresses, aiming to get victims off of the streets as quickly as possible (although there was a rapid shift toward using direct messages  for address information to ensure that terrorists could not track the whereabouts of those fleeing them). Messages were sent out in multiple languages, and within hours, the hashtag was being promoted internationally. Twitter users across the world promoted #PorteOuverte, encouraging friends and family in Paris to use the feed to find safety. The hashtag was also used to circulate the phone numbers of foreign embassies, so that tourists could connect to their representatives and locate friends and family in the midst of the chaos.

As the hashtag spread, Twitter users Janyk Steenbeek and Pascal Schwientek used it to create a city-wide interactive map of the homes marked as #PorteOuverte. The hashtag was quickly followed by the creation of a Twitter handle, @PortOuverteFRA, which tweeted important phone numbers and news updates during the attacks. In collaboration with the individual homeowners who opened their doors, Sikh temples functioned as temporary shelters and the infamous bookstore Shakespeare and Company sheltered approximately 20 customers during the attack. On the other side of the globe, #PorteOuverte was used by Americans in the vicinity of international airports, who offered to take in travelers bound for Paris whose flights were grounded on Friday. French citizens were encouraged to use the #strandedinUS, which connected them to Americans who volunteered to house them while the French borders remained closed. It has been said that the desperate look for any port in a storm, but it certainly helps if that port is equipped with beds, food, and comfort in the face of brutality.

On Saturday morning, Parisians returned to social media, this time using the French #dondusang and the English #donateblood to ask for blood donations for the victims of the attacks. Hundreds of Parisians left their homes (despite government advice to stay indoors) and queued in front of hospitals and donation centers for hours to donate. In fact, many donors were asked to go home and return to donate in the coming weeks–blood has a relatively short shelf life, so continual blood donations must be made over the coming weeks and months in order to meet the blood banks’ needs. The lines of Parisians waiting to give blood in a virtually empty city lent a note of optimism to the surreal photos of the city on Saturday.

#PorteOuverte is being hailed as a shining example of humanity and kindness in the midst of unthinkable violence but I would take it a step further: #PorteOuverte is one of the most impressive, albeit short-lived, protest movements of the past several years. It united people across socioeconomic and national divides, across neighborhoods and languages. It grew organically and rapidly, without formal organization or development, but it restored a basic right to the Parisian population within a matter of hours: the right to safety, to peace of mind, to breathing without fear within their own city. The murder of civilians is designed to make a populace feel weak and insecure, to throw them into a panic wherein their terror engulfs their rationality and compassion. When terror reigns, we are expected to lose our will to think and resist. We are expected to capitulate to the architects of violence. Yet, on Friday night, Parisians stood together. Those who opened their homes to strangers denied the terrorists of the satisfaction of seeing Parisians terrified and friendless in the streets. Fear feeds on intolerance and paranoia, but it cannot survive when we are sensible and selfless in moments of crisis. #PorteOuverte is a protest against the violence that tore through Paris, but it is also a protest against fear itself.

Jillian Sequeira
Jillian Sequeira was a member of the College of William and Mary Class of 2016, with a double major in Government and Italian. When she’s not blogging, she’s photographing graffiti around the world and worshiping at the altar of Elon Musk and all things Tesla. Contact Jillian at Staff@LawStreetMedia.com
Share:
Related ItemsBlood DonationParisPorte OuverteTerrorismTwitter